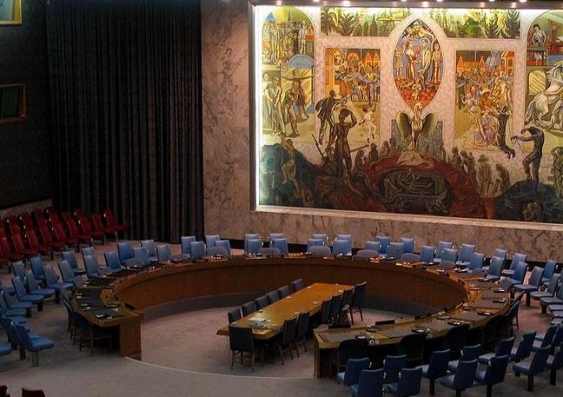 OPINION: In world diplomacy, the Security Council has been a vital proving ground.

Australia is almost halfway through its two-year elected term on the UN Security Council. Our delegation has acquitted itself well, particularly in the ceremonial role of council president in September. Hopes are high that Australia can build on its 2013 achievements to craft a lasting legacy as a productive contributor to global peace and security.

During the first half of 2013 Australia made solid contributions to the Security Council's work, primarily in its work as chair of the committees overseeing sanctions against Iran, al-Qaeda and the Taliban. It also worked behind the scenes to coax other council members to support action to address the shocking humanitarian situation in Syria. An example of these efforts was Australia's sponsorship of an informal briefing for Security Council members by a UN Commission of Inquiry on Syria.

Australia's most important test came in September, when we assumed the temporary position of Security Council president. Preparations for the presidency were hampered by the timing of federal elections, which complicated efforts to arrange a flagship high-level council meeting on a theme of Australia's choosing. As president Australia also faced the considerable challenge of managing differences between council members on how to address the crisis in Syria. Tensions over Syria were particularly high following the August 21 use of chemical weapons against civilians in Damascus.

Despite these challenges, Australia managed to preside over three important high-level meetings and secure the adoption of two landmark resolutions. The first high-level meeting, on September 26, was on stopping the illegal flow of small arms and light weapons. Australia chose this theme to build on its successful efforts earlier this year as chair of the final conference for the Arms Trade Treaty. It was the Security Council's first formal meeting on small arms for five years and Australia's leadership ensured that an intensive negotiation process culminated in the adoption of the council's first ever resolution on small arms.

The second high-level meeting, on September 27, discussed the situation in Yemen, where an ongoing national dialogue process is making progress towards a more peaceful, inclusive transition to democracy, notwithstanding ongoing security, political and humanitarian concerns, particularly in the south of the country.

In the third high-level meeting, late on September 27, the Security Council took its first action in 18 months to address the situation in Syria. In one of its final acts as president, Australia thus presided over the adoption of resolution 2118 (2013), which endorsed the framework agreed by the United States and Russia for the destruction of Syria's chemical weapons. As Australia's ambassador Gary Quinlan noted at the time, this was a momentous occasion.

After a successful first year of membership, Australia now has greater diplomatic capital with which to address important global issues that might otherwise escape the attention of the Security Council's major powers.

While the threat of military strikes against Syria is no longer immediate, there is little respite for the seven million people in need of humanitarian assistance. On October 2, a joint Australia-Luxembourg initiative culminated in a presidential statement calling for all UN member states to contribute with urgency to the ongoing humanitarian appeals for Syria. At $4.4 billion, the Syrian appeals constitute the largest aid request in the UN's history. Barely half the funding needs have so far been met. A crucial test of Australia's leadership will be whether it can maintain its commendable record on Syria's humanitarian crisis, both in and outside the Security Council.

Australia should continue its efforts to improve Security Council transparency and accountability. The Responsibility to Protect (R2P) initiative, once championed by Australia, has fallen out of favour with many UN members as an unfortunate consequence of NATO's over-enthusiastic implementation of the mandate to protect civilians in Libya. One way to restore confidence in R2P would be to develop appropriate accountability mechanisms for civilian protection mandates. Australia should also encourage careful review within the council of recent shifts in UN peacekeeping practice, including the authorisation of ''combat peacekeepers'' and surveillance drones in the Congo, a controversial new mission in Mali, and expanded efforts to counter organised crime and terrorism throughout Africa.

Finally, Australia is the ''penholder'' on Afghanistan - the nickname for a Security Council member that takes the lead on the issue's deliberations. With both elections and the ''transition'' of NATO-led international operations due in 2014, Australia will play a crucial role in shaping the future role and status of the UN Assistance Mission to Afghanistan (UNAMA).

Australia has 14 more months on the Security Council, including another turn as monthly president. Australia's legacy will be shaped by our ability to use this time to promote political and humanitarian progress in Syria, increase the council's transparency and accountability, strengthen peacekeeping practice and promote a constructive role for the UN in Afghanistan.

Let's hope our diplomats have the stamina and support to achieve positive outcomes on all these fronts.

Dr Jeremy Farrall is Australian Research Council linkage Fellow at the Australian National University. Dr Jeni Whalan is a Lecturer in International Security and Development at UNSW. Both are founding members of the Security Council Analysis Network (SCAN). 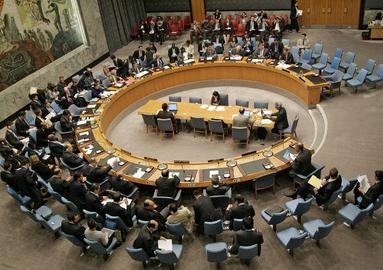