The simmering strategic rivalry between the US and China is entering a new, more dangerous phase, writes Alan Dupont. 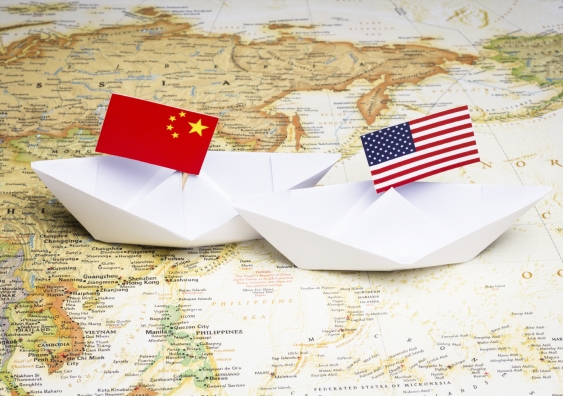 OPINION: The simmering strategic rivalry between the US and China is entering a new, more dangerous phase, recasting the geopolitics of the Indo-Pacific region and posing increasingly difficult policy choices for the next government.

After an extended period of policy confusion and vacillation about how to respond to China’s determined thrust into the Pacific and Indian oceans, Washington is now pushing back with surprising vigour. A formidable US carrier strike group has just deployed to the South China Sea, and blunt warnings about the unacceptability of China’s land reclamation activities and desire for regional hegemony are flowing thick and fast from the Pentagon, along with military assistance to southeast Asian countries. Many have had a contentious relationship with the US in the past. But once bitter enemy Vietnam is now buying US arms, and the Philippines has invited the Americans back, 25 years after kicking them out in a fit of nationalist pique.

US spy planes will soon be flying from Singapore and the east coast of Malaysia and Japan and India are adding their weight to an expanding coalition of countries which share similar concerns about China’s predatory actions at sea and are resisting Beijing’s quest for regional domination.

Barack Obama sees Australia as a vital part of his regional push-back strategy. This is abundantly clear to everyone, including Beijing, which is doing its best to prevent Australia tilting further towards the US in what is the ­defining rivalry of this era.

It is almost certain the US will rotate B1 long-range bombers through the Northern Territory, along with advanced surveillance and intelligence-collection aircraft. This is just the beginning of a much stronger and deeper US military presence in Australia. We are an ideal host, and not just because of our proven alliance credentials. Not since World War II has the Australian continent been so strategically attractive for Washington. Australia’s size, strategic depth, relative safety from long-range Chinese missiles, well-developed civil and military infrastructure and capacity to command the approaches to the South China Sea and eastern Indian Ocean are useful assets for a US which is under serious pressure from China’s expanding political and military reach.

Although the US seems to be getting its act together, the ­Coalition’s responses to the China challenge, post Tony ­Abbott, has been largely reactive and overly cautious. A prime example is the way the government has danced around the question of whether the defence force has conducted freedom of navigation operations in the South China Sea. It appears we haven’t, despite assertions that the navy and air force regularly traverse the sea in support of the principle of freedom of navigation. A real FONOPs would involve Australian ships and aircraft passing within 12 nautical miles of China’s artificial islands, which the US navy has done at least twice.

Malcolm Turnbull and Defence Minister Marise Payne clearly don’t want a stoush with China in the months leading up to an election. So their safety first approach is to repeat the mantra of support for the principle of freedom of navigation without doing anything that would risk a direct confrontation between the ADF and the Chinese military.

There are domestic and ­alliance risks in hewing to this approach. Bill Shorten and opposition defence spokesman Stephen Conroy have not had much to say about defence, with one notable exception. Conroy has boldly attempted to outflank Turnbull and Payne from the right by arguing the government has failed to match its words with deeds in squibbing on FONOPs.

The second risk is that by continuing to sit on the fence, after repeatedly defending the principle of freedom of navigation, Turnbull will encourage the Chinese to believe they can influence policy by threatening that the bilateral relationship will suffer serious damage should Australia conduct a FONOP, or take other actions that offend China.

Obama won’t be happy either. He will rightly feel the US should not have to play global cop by going it alone on FONOPs. If the rule of law is to prevail over the law of the gun, then those who support the preservation of a rules-based regional maritime order have to act, not just talk.

If Beijing continues to prosecute its coercive strategy then the next government is going to have to seriously reassess the whole relationship. It should start by answering this question. Based on Xi Jinping’s actions at home, and abroad, since his assumption to power in 2012, how compatible with Australia’s interests and values is a Chinese regional order under Xi likely to be?

Judgments about China’s direction cannot be separated from the nature of the man who sits astride all key institutions and is worryingly moving China away from collective leadership, and greater pluralism, towards the faux infallibility and authoritarianism of one-man rule.

If this is the future, we will have to adopt a tougher approach, calibrated to China’s behaviour and actions, and think more creatively about our diplomatic and defence options. These should include allowing a greater US military presence in Australia and developing closer partnerships with fellow democracies Japan, Indonesia and India.

Welcome to the new world order.

Alan Dupont is Adjunct Professor of International Security at UNSW and a nonresident fellow at the Lowy Institute.

Chinese push in the South China Sea must be resisted

Forward to full spectrum in defence