One in ten Australian children misses school at least once a week, almost one in six has been bullied, and one in thirty – a child in almost every classroom – goes to bed or school hungry nearly every day, according to a new report from UNSW and Flinders University. 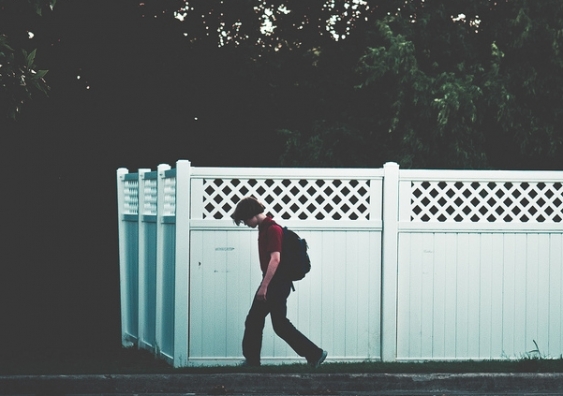 One in ten Australian children misses school at least once a week, almost one in six has been bullied, and one in thirty – a child in almost every classroom – goes to bed or school hungry nearly every day.

That’s the disturbing reality revealed in the final report of the Australian Child Wellbeing Project (ACWP), the largest study of its kind in Australia, which was unveiled today in Canberra.

Lead researcher, Flinders University’s Associate Professor Gerry Redmond, said the ACWP findings reveal that young Australians are suffering because of a systematic failure to meet their most basic needs, with the most marginalised reporting low scores in every aspect of wellbeing.

“The Australian Child Wellbeing Project shows that for many children in Australia today, life is pretty tough,” says Professor Redmond.

"One young person in five reported going to school or bed hungry at least sometimes, and were also more likely to miss school frequently.

“Young people who go hungry and the one-in-ten who miss school frequently were, in addition, likely to report high levels of health complaints, frequent bullying and low levels of engagement at school.”

Dr Jennifer Skattebol, a Chief Investigator on the project from the UNSW Social Policy Research Centre (SPRC), said all young people had identified their families as their most important resource.

“Young people want their families to be adequately supported to provide secure, safe environments for them to grow up in,” she said.

“Our study shows that young people with strong support networks tend to report that they have ‘a good life’ even in conditions of economic disadvantage and marginalisation.”

“Teachers who listen and show they care, and believe in their students' success are supporting student wellbeing.”

Dr Dianne Jackson, Chief Executive Officer of the Australian Research Alliance for Children & Youth (ARACY) said the ACWP findings were, “an important reminder that the best outcomes for children and youth come from holistic approaches, which address the priorities children identify themselves”.

“We look forward to continuing our work with the ACWP team to bring researchers, policy makers and practitioners together to discuss the implications of the findings, and to look for imaginative solutions,” said Dr Jackson.

About the Australian Child Wellbeing Project

Funded by the Commonwealth Department of Education and Training, and the Australian Research Council, the ACWP surveyed or interviewed 5,000 children in hundreds of schools across Australia.

Compared with the early years and adolescence, the middle years (ages 8-14 years) have received relatively little attention from policymakers other than in the space of academic achievement, yet issues such as high pressure at school, hunger and missing school are of direct policy concern.

The Australian Child Wellbeing Project (ACWP) study set out to ask young people themselves about their lives and wellbeing during this crucial period.

Their answers are not only of direct relevance to young people’s wellbeing in the present, but also in terms of their long-term health and human capital development.