We have a new wave of overseas students from a new frontier, South America, with Brazil at the forefront, writes Tim Harcourt. 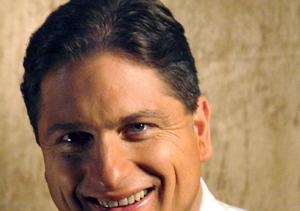 OPINION: When I went to the University of Adelaide, I received a stroke of luck. Under the Colombo plan, which enabled south-east Asian students get scholarships to Australian universities, the grand old man of Singapore, Lee Kuan Yew, sent a number of very bright Singaporean students, who were meant to go to Oxford to study nuclear physics, to Adelaide to do economics with me. As a result, through having very smart classmates, I got good grades in mathematical economics and econometrics, I helped them with their honours essays, and we had noodles every night.

Of course, we know how well students from south-east Asia and the rest of the region do at university and how much life and vitality they have added to our campuses. But we have a new wave of overseas students from a new frontier, South America, with Brazil at the forefront.

This is one reason I was recently recruited to the University of NSW to teach international business strategy in the Australian School of Business. As part of the MBA programs, I will develop an international business strategy course for South America. This follows on from the book on Brazil and Australia I am co-authoring with Mark Thirlwell from the Lowy Institute and a distinguished Brazilian economist and past adviser to the government in Brasilia, Fernando Carvalho, from the Federal University of Rio de Janeiro. The book will focus on Brazilian-Australian economic opportunity and will be published to take advantage of Brazil’s “double header” hosting of the FIFA World Cup and the Olympics in Rio.

So why all the interest in Brazil and South America from Australian universities in general?

Firstly, the numbers are growing. Brazil’s growing middle-class are hungry for education. For Australia, Latin America now makes up just over 5 per cent of total enrolments, with Brazil ahead of the pack with just over 16,000 enrolments (followed by Colombia at 10,000, Peru at 2200, Chile 1700 and Mexico 1500).

Secondly, South America is coming of age economically, and Brazil is leading the pack. In 2002, on my first trip to Brazil, times were tough. Neighbouring Argentina was in the midst of economic crisis, and Brazil was concerned about contagion. It was also facing a presidential election, with the perennial candidate, Lula (Luiz Inacio Lula de Silva) from the Workers’ Party, running for the fourth time.

Lula won in 2002, was re-elected in 2006 and left office at the end of 2010 with a huge 80 per cent-plus approval rating, which is an amazing result for a democratically elected politician at the end of their term anywhere. Even his successor, Dilma Rouseff, has an equally healthy approval rate of 73 per cent.

Education is a key reason for Lula’s success in Brazil. The success of the macroeconomic and fiscal performance of his administration has been accompanied by a commitment to improving social conditions and human capital – mainly through education. According to Carvalho, there has been “a once in a generation increase in education participation – particularly among the lower classes. Around 32 million people have been added to the middle-class, and education is a key reason”.

To be fair, Carvalho adds, these education measures were part of an expansion of social programs, essentially an extension of the comunidade solidaria started by Lula’s predecessor, President Fernando Cardoso. Carvalho says: “Lula extended the program and made it effective. He also bypassed local and state government and made more use of community organisations and churches for delivery. This policy effectively has doubled the income of the very poor and at the same time has expanded the Brazilian middle-class, adding to the power of Brazilian consumers at the same time. As a result, education retention levels are higher, and the overall standard of living of the average Brazilian has increased.”

Thirdly, education is a key foundation for building stronger economic ties between Brazil and Australia. People ties matter as today’s students are tomorrow’s political, business and community leaders and will be important as Australia forges stronger relationships with Brazil and South America. For example, in Singapore, many of my classmates from the University of Adelaide are now cabinet ministers (even the new President of Singapore, Tony Tan, went to Adelaide), and this pattern has been extensive across south-east Asia as trade and investment ties have followed business and political relationships built at university. Hopefully, we will see similar patterns with South America as more Brazilians and their neighbours study in Australia or participate in MBA courses across Asia, Australia and South America. But there’s work to be done at the Australian end. For as Brazil plays a stronger role in the world economy, and the 2014-2016 World Cup-Olympics double approaches, we will have to do more than just woo the girl from Ipanema; we’ll have to woo the hearts and minds of a globally very strong and popular Brazil.

I am sure many Australian students will now get the positive experience of studying with many students from South America, just as I did from south-east Asia. And with all due respect, there is better dancing in Rio than there is in Singapore but I am sure the intellectual and social benefits will be on par.

All business roads lead to Rio