Australian women buy sex but society isn’t okay with it

A new study reveals our collective reluctance to accept that women might be paying for sex. 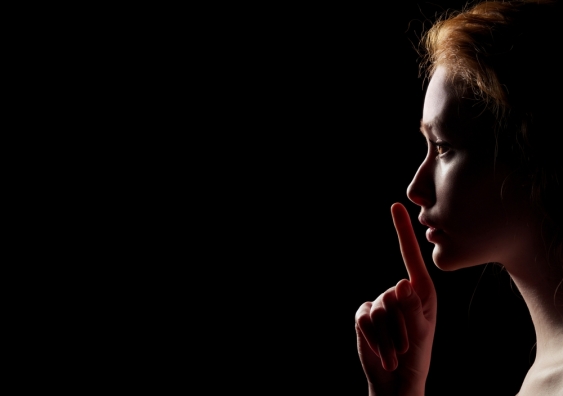 Sex workers say the number of Australian women buying sex is on the rise,  but is society okay with this concept? Possibly not, says a new study which finds there are a common naivety and collective reluctance within society about the possibility of women buying sex – a notion that challenges the status quo.

Dr Hilary Caldwell, UNSW Visiting Fellow at the Centre for Social Research in Health, conducted the study as part of her PhD. She says the collective view on women buying sex can be put down to people holding stereotypical notions of passive female sexual desire and that women buying sexual services is not perceived as very common.

Historically an expected male only pastime

Dr Caldwell says that, until now, there has been very little empirical evidence of women buying sex outside the field of female sex tourism. It is only recently that journalists and academic researchers have inquired about women buying sex, raising questions about female sexual agency (a woman’s ability to act on behalf of her sexual needs, desires and wishes) and what it means to be a woman in a postfeminist era.

“Prior to the 1950s, buying sex was an expected male pastime and has since been systematically demonised by campaigners who consider female sex workers to be degraded, damaged goods, and exploited victims of men. A basic idea that sex diminishes a woman is profoundly sexist and is harmful to sex workers and all women,” Dr Caldwell says.

As part of her research, Dr Caldwell interviewed 21 women who bought sex in Australia, and 17 sex workers. The women who bought sex were of wide-ranging ages, educational and economic groups and were all Caucasian. They were aged 18-69 the first time they bought sex. The study finds no particular characteristic of women who buy sex. Most bought sex multiple times, including heterosexual sex, same-sex attracted sex, threesomes with all genders, bondage and discipline (BDSM) and body-work therapy. Of the seven women seeking same-sex attracted services, about half indicated they were exploring their orientation and only two identified as lesbian. Sex workers interviewed for the study said their female clients were diverse and unlike stereotypical representations.

Half the women interviewed said ‘therapy’ was the most common reason they bought sex. Some of the underlying conditions indicating a need for therapy included healing from intimate partner violence or childhood sexual abuse; depression and stress; and vaginismus, which is a condition that causes muscle spasm in the pelvic floor. Other reasons included wanting ‘to get off’, ‘to be indulged’, and to feel safe with a professional who would respect boundaries and consent.

Dr Caldwell says all the women interviewed did extensive research before buying sex and overwhelmingly felt the services received were beneficial. “They were excited to express the pleasure they had experienced and the unexpected boost to their self-esteem and mental health. They spoke about learning about specific acts, their bodies, and their sexuality which they felt gave them more power to negotiate future sexual encounters.”

The women also said buying sex was transformative, it allowed them to claim their sexuality and restored their confidence. “The women said they wanted the power to decide when, how and with whom to have sex. Women buy sex to get sex exactly how they want it, on their own terms and with a sexpert,” Dr Caldwell says.

The study reveals participants compared buying sexual services to ‘hooking up’, however when engaging an escort they felt safer, saved time and effort and felt they had access to more options and expertise. Some participants mentioned that skilled male escorts were hard to find. They also took into consideration warnings about potential male escorts preying on naive female customers. The overall message was that buying sex could be fun and empowering but caution should be taken to research an escort’s credentials.

The 17 sex workers who were interviewed during the study noted that society wished to silence women who bought sex due to a compulsion to control female sexuality and desire, and to maintain the status quo regarding dominant narratives of male clients as violent. Dr Caldwell says the sex workers didn’t feel exploited by their work or by male customers in general. They felt perceptions about their clients were built on skewed interpretations of male clients that assumed all clients of sex workers were “creepy, ugly and horrible” rather than regular people. Some sex workers stressed that buying sex was not necessarily an indulgence and that “women's mental and physical health is well served by being able to access sex workers”.

Sex workers interviewed for the study said that the female market was increasing, but these women didn’t only buy sex from men. There are vastly more female sex workers than straight male sex workers. Some female clients wanted a female escort, the sex workers said, and some women bought services that ere not gender specific.

Benefits of sexual services to society

Debates about sex work are taking place in the South Australian Parliament, while the Northern Territory has just reviewed its sex industry laws. Participants of Dr Caldwell’s study were concerned that clients were not consulted during the public inquiries into sex industry laws. They expressed concern about their activities becoming criminalised. Dr Caldwell adds: “One sex buyer said she feels ‘like a really strong feminist but there are other women out there who are going to shame me around this. They are pushing my story underground’. Decriminalisation of buying and selling sex would be an appropriate outcome to acknowledge the benefits of sexual services to society.”

Dr Caldwell says we need to broaden the debate about the sex industry beyond a singular view of immorality or entitlement and include women as consumers to move towards gendered equality and acknowledge female sexual agency.

The rise and fall of Rentboy.com