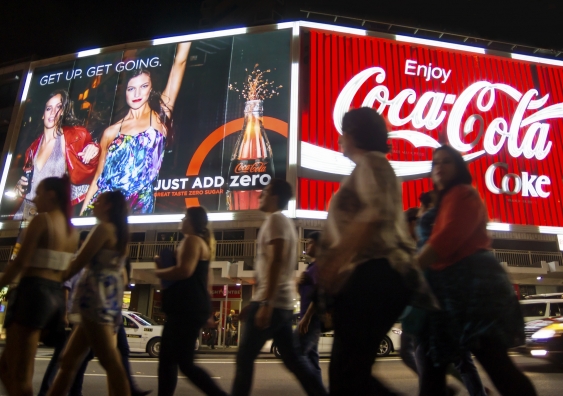 OPINION: In recent weeks debate on the regulation of Sydney’s nightlife has escalated. Thus far it has largely been pitched as a battle between night-time businesses struggling with lockout and last-drinks laws, and a “nanny state” government.

But there is much more at stake. Our newly published research focused on Surry Hills – one of Sydney’s cultural and night-time hubs – found that underlying the nightlife debate are the critical issues of Sydney’s worsening inequality, aspirations to govern Sydney as an enterprising “global” city, and who gets left behind.

At stake is “the right to the city”. Currently, it seems many are being denied this right.

Is a global city a divided city?

Much of the recent debate between the anti- and pro-lockouts camps has focused on Sydney’s status as a global city. The former group claims this is being eroded as Sydney’s cultural life wanes.

For years, governments have strived for global city status through economic targets that view culture as a saleable commodity. But this underplays its intrinsic values. It ignores grassroots culture and the spaces in which developing artists network and evolve.

Sydney’s global city status has also deepened its socioeconomic divide. The city faces a raft of inequality issues – from manic property market activity excluding lower-income residents to the obfuscation of political donations and the impacts of poker machines in poor suburbs.

An underlying geographical divide lurks in the debate over Sydney’s nightlife. This is manifest in the anti-lockout protestors’ claim that it is not them who should be punished for the actions of a few troublemakers. Nightlife users in Sydney view particular groups of people as problematic. Consequently, the cultural changes needed to make Sydney’s nightlife safer are seen as separate from those protesting the laws.

This “othering” has long been presented geographically. Troublemakers are seen to be from areas of Sydney away from its inner suburbs. Underlying this discrimination are historical legacies that have seen Sydney expand exponentially while becoming more sociospatially divided.

Critics of the lockout laws are rightfully angry at the lack of prior community consultation by the NSW government. But their frustrating experience is part of a wider trend.

As documented in recent research, consultation is used as a tool to mobilise the public into line with governmental goals, and to give the impression that it occurred. There is a discord between lofty rhetoric about communities being part of a conversation and the preordained ideologies and mobile policymaking structures that make changes to planning unlikely.

Time and again the Baird government has pursued this strategy. Two prominent examples are the WestConnex road project and council amalgamations.

Sydney, along with the rest of the world, is obsessed with “place-making”. The City of Sydney Council may not approve of the lockout laws, but it too is guided by an agenda that values select cultural elements drawn from a highly desired pool of “creative class”individuals.

This group’s proclivities are complicit with the desired economic growth and gentrification of urban landscapes. But this has far more to do with class than “creativity”. Pro-creativity planning ideology is invariably neither inclusive nor diverse, despite these words being scattered throughout the planning reports that espouse them.

The economic imperative of policymaking in Sydney’s nightlife seeks to remedy a problematic drinking culture by installing a more “civilised” one, ignoring the structural reasons for Sydney’s problems. It erroneously assumes that gentrification will work to improve urban identities and behaviours. Rather, this shift has exacerbated the very problems it has pretended to address.

Anti-lockout rhetoric railing against “nanny state” governance struck a chord with Sydneysiders and captured international attention. But it is inequalities unleashed by capitalist dynamics, the source of most of the city’s problems, that Sydney needs safeguarding from. In Belmore Park, where “Keep Sydney Open” began its protest in February, a homeless tent community had only weeks before been pushed out.

This move is part of a long series of attempts to deflect Sydney’s problems away from the city centre, lest discomforting encounters with the homeless upset the global city image.

Urban geographers have long been outraged by the increasing privatisation of public space in our cities.

Now, driven by an overtly moral government, it seems that even private space is up for grabs. While that same government continues to look after its vested interests, Sydney will become even more exclusive and inaccessible.

As part of a broader movement to create democratic and egalitarian urban space, pro-nightlife groups should reflect on the wider issues – and communities – at stake beyond the immediate problem of lockout laws. Without the public mobilising over inequalities that are so ingrained in Sydney’s psyche, the city is unlikely to see its nightlife reflect true social inclusion and diversity.