The NSW government has thrown its support behind a landmark report by UNSW’s Professor Deborah Brennan, by announcing a $20 million injection into the state's preschools. 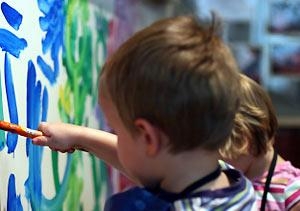 The NSW government has thrown its support behind a landmark report by UNSW’s Professor Deborah Brennan, by announcing a $20 million injection into NSW preschools.

The report found that approximately one in seven of the state’s children are missing out on early childhood education.

"Thousands of NSW children currently missing out on early education will now have the chance to attend preschool," said Professor Brennan who is based at UNSW’s Social Policy Research Centre.

NSW lags behind the rest of Australia in both participation rates and affordability with only 81% of children accessing early childhood education compared with more than 95% in some other states and territories.

"The recommended reforms will increase affordability for families of 4 – 5 year-olds and help ensure that every child in NSW has access to a high quality preschool program."

A $5 million capital works fund will also be established to ease preschool supply and access issues in targeted areas around the state.

Children in low-income families, Aboriginal and Torres Strait Islander children, those with limited English and children in rural and remote communities will also have increased access to preschool.

“The situation in NSW has come about because successive state governments have failed to invest adequately in young children. WA and SA offer preschools as part of their public school systems," said Professor Brennan.

“Additional funds from both the Commonwealth and NSW state governments will be required to secure these reforms beyond 2013.”