The Gendered Violence Research Network at UNSW Sydney help respond to, prevent, and eliminate gendered violence in Australia and beyond. 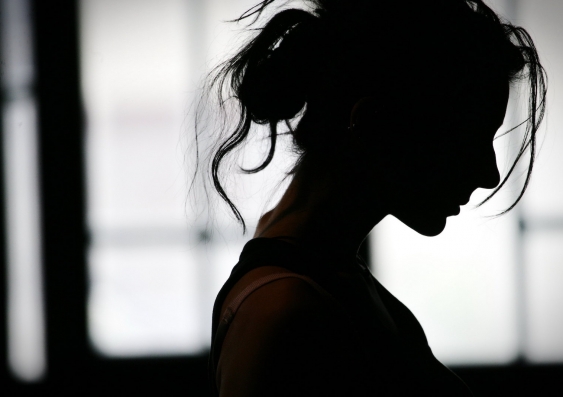 The Gendered Violence Research Network aims to contribute to the body of evidence addressing gendered violence in Australia and internationally. Photo: Shutterstock.

Those who have experienced violence at the hands of someone meant to love and care for them know just the devastation it can have. Reporting on the very real and significant suffering of victims of abuse and trauma day in and day out as a researcher in the space, Professor Jan Breckenridge remains inspired by their strength.

“The commitment of individuals with lived experience is just extraordinary…their resilience is inspiring and that is what makes the work meaningful,” says the Co-Convenor of the Gendered Violence Research Network (GVRN) at UNSW Sydney.

A joint initiative of UNSW Arts, Design & Architecture and UNSW Law & Justice, GVRN has been at the forefront of developing solutions to prevent gendered violence, one of the most pervasive human rights violations affecting the world today. Their research explores the impact of gendered violence, also known as ‘gender-based violence’ or ‘gender-related violence’, on all population groups – although studies show that women and children are disproportionately affected.

In her early career, Prof. Breckenridge focused on child protection, in particular, child sexual abuse. She also worked as a sexual assault counsellor and in refuges before moving into gendered violence research.

“I am very clear about the impacts for those with lived experience,” she says. “I take on projects that matter, where there is potential for an impact and positive social change.”

The term ‘gendered violence’ describes the use of power and control over individuals or groups because of their gender. It is a broad term encompassing domestic, family and sexual violence, sexual harassment and assault, stalking, technology-facilitated abuse, intimate partner violence, and violence among household members, extended families and kinships.

Gendered violence is not just limited to physical or sexual violence. Some types of abuse can be harder to recognise, such as behaviours used to intimidate, harass and control another person. In fact, some victims may be in an abusive relationship without realising they’re experiencing abuse.

Coercive control describes a pattern of behaviour used by an abuser to control their partner and create an uneven power dynamic. It can involve manipulation and intimidation to isolate a victim and make them dependent on the abuser.

“A perpetrator will use strategies to take away someone’s confidence like constant put-downs, threats, undermining or gaslighting their opinions,” Prof. Breckenridge says. “It means that the person who’s experiencing domestic and family violence loses a sense of agency and control. Ongoing psychological and emotional threat and abuse can erode people’s self-esteem, their confidence.”

This can also include economic and financial abuse, increasingly recognised by practitioners as an aspect of gendered violence. In an intimate relationship, this can consist of financial control and exploitation, as well as behaviours that sabotage employment or study, which can undermine a person’s capacity to leave the relationship.

“People describe not even having money to get a bus, or that they can’t put credit on their phone, so they’ve got no access to help, no access to support,” Prof. Breckenridge says. “Other examples include putting debts in someone’s name so that they have a poor credit rating, not giving them any access to a joint account or taking out all savings from the joint account, changing passwords and forcing them to commit fraud.”

GVRN is currently working with Commonwealth Bank to improve people’s lives affected by financial abuse in the context of domestic and family violence. The research aims to increase the public understanding of financial abuse and generate practical responses to assist those impacted by it.

“There is emerging evidence examining economic abuse and its links to domestic and family violence internationally, but we need to further build and consolidate research from the Australian context,” Prof. Breckenridge says.

The research project will produce a ‘state of knowledge’ report about economic abuse in Australia, covering factors that increase vulnerability to financial hardship due to domestic and family violence and effective responses to economic abuse.

The insights generated from the research will assist government and community organisations in developing effective policies and services to promote long-term economic security for those affected by domestic and family violence, Prof. Breckenridge says.

Gendered violence and the workplace

Another focus of GVRN’s work is to help create safer and more supportive working environments. Through the Gendered Violence & Organisations stream, GVRN offers tailored training for employers to address the significant effects of domestic, family, and sexual violence on their employees and organisation.

Employees experiencing domestic, family, and sexual violence are particularly vulnerable with work due to the predictability of their location and hours. The strain of dealing with the abuse may impact an employee’s productivity, performance, and wellbeing.

Australian research conducted in 2011, which has subsequently been replicated in five other countries, has consistently found that of those surveyed, around 19 per cent of workers who had experienced domestic violence in the previous 12 months reported the harassment continued at their workplace. The primary form of abuse involved receiving threatening phone calls and emails, and over 11 per cent of respondents who had experienced domestic violence reported that the perpetrator had physically come to their workplace.

To date, GVRN has assisted employers from more than 50 organisations in strengthening their policies and building staff networks, providing an effective, evidence-based workplace response to staff affected by gendered violence.

Prof. Breckenridge says ending gendered violence is not a one-size-fits-all approach. But ensuring that people with lived experience are at the centre of all approaches will help inform fit for purpose responses, legislative reform, and good policy.

“Responses have to be fit for purpose, and the more nuanced our responses are, the more we appreciate complexity, and usually, the better the response. We also need to work as a society towards achieving greater gender equity – where all people are treated fairly – to stop gendered violence,” Prof. Breckenridge says.

“The main issue is how we demonstrate respect. Gender is central but not a binary notion of gender. It’s about how we value one another,” Prof. Breckenridge says.

It is critical to also explore responses to gendered violence that fall outside existing structures.

“I think we’ve been for a long time saying that all kinds of responses have to be bounded by a criminal justice response. And for very many instances that I can think of with gendered violence, I’m not sure it is the right response or helpful response,” Prof. Breckenridge says.

“I think broadening our concept of justice, having an ethics of care about all that we do, really early education about respecting diversity would go a long way towards ensuring power isn’t misused in interpersonal relationships to harm others.”

If this article has raised any issues for you, please contact 1800 RESPECT through their national counselling hotline 1800 737 732. If you believe you are in immediate danger, call 000.