Bringing Them Home: where are we 20 years later?

A symposium at UNSW on 26 May will commemorate the 20th anniversary of the Bringing Them Home report. 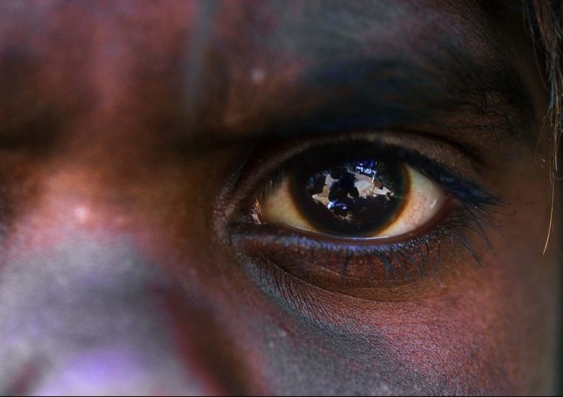 Twenty years after the release of the Bringing Them Home report, the National Inquiry into the Separation of Aboriginal and Torres Strait Islander Children from Their Families, Indigenous children continue to be removed from their families in unprecedented numbers and are disproportionately held in juvenile justice and detention facilities.

On 26 May, academics, advocates, policy makers and members of the Indigenous community will gather at UNSW for a Symposium to Commemorate the 20th Anniversary of Bringing Them Home, jointly organised by the University of New South Wales (UNSW) and University of Technology, Sydney (UTS).

The symposium’s co-organisers, Associate Professor Terri Libesman from UTS Law and Dr Kyllie Cripps from UNSW’s Indigenous Law Centre, say the day will offer opportunities to reflect on the significance of the report, what has happened since it was tabled and the current picture for protection of Indigenous children.

The day will begin with an opening address by Ms Deborah Swan, Ms Suellyn Tighe and Jennifer Swan, representing Grandmothers Against Removals – a network of families directly affected by forced child removal.

The closing address will be delivered by Professor Cindy Blackstock, a member of Canada’s Gitxsan First Nation, Executive Director of the First Nations Child and Family Caring Society and professor at the School of Social Work at McGill University, Montreal. Professor Blackstock will speak about government tendencies to address Indigenous children’s inequality incrementally and how this problem can be addressed.

Associate Professor Libesman, who wrote the chapters on contemporary child welfare for Bringing Them Home, notes that the report made recommendations for reparation through non-repetition.

“Nearly a third of the report examined and made recommendations with respect to contemporary removals under child welfare, juvenile justice and family law. While these recommendations remain unimplemented, Indigenous children are being removed from their families in unprecedented numbers, with Aboriginal and Torres Strait Islander children being 9.5 times more likely to be placed in out-of-home care than other children,” Associate Professor Libesman says.

Dr Cripps says the past year has brought reminders that Indigenous children are also disproportionately held in juvenile justice and detention facilities.

“The conditions of such incarceration are the subject of ongoing inquiries. The children in these circumstances are from disadvantaged backgrounds, they have experienced significant trauma in their very young lives and many of the families they come from are in crisis,” Dr Cripps says.

“These young people and their families require support – support that is often not available. Society is quick to blame the young people and their families for their failings but is less reflective of the failings of the State and its institutions in heeding the warnings and recommendations of the Bringing Them Home report. It is timely to bring a critical lens back to this important document to push for much needed change in child protection and juvenile justice.”

Following 10 months of hearings around Australia and almost 800 submissions, the 700-page Bringing Them Home report of the National Inquiry into the Separation of Aboriginal and Torres Strait Islander Children from Their Families was tabled in Federal Parliament on 26 May, 1997.

It concluded that Indigenous families and communities had endured “gross violations of their human rights” that continued to affect their daily lives. Forced removals “were an act of genocide, aimed at wiping out indigenous families, communities, and cultures, vital to the precious and inalienable heritage of Australia”.

The report made numerous recommendations, including monetary compensation, providing funding to record testimonies, the need for official acknowledgement and apology and recommendations with respect to contemporary child welfare and juvenile justice.

What: Symposium to Commemorate the 20th Anniversary of Bringing Them Home