A system of credits would go a long way to ensuring carers are not penalised in retirement for their selfless service, writes Myra Hamilton. 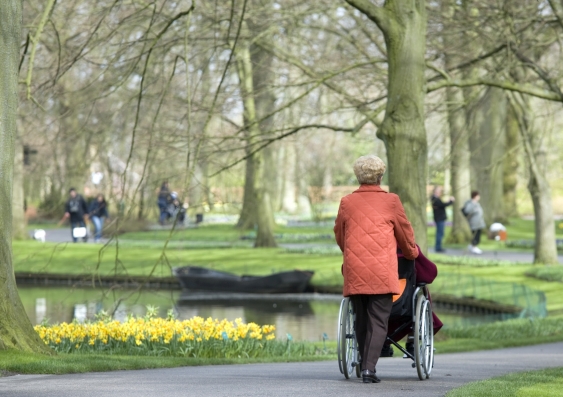 OPINION: Australia could not function without the enormous and mostly hidden contribution of carers. We are talking not only of parents of small children, but also of the large number of Australians who provide care for people with disability, a long-term illness or frailty due to old age. Yet because of their commitment to meeting the needs of others they are much more likely to live in poverty in their old age.

Carers’ workforce participation is liable to be intermittent, interrupted and precarious. They are much less likely to have made superannuation contributions. More than that, recent work shows that when carers do work they concentrate in low-wage industries and are more likely to take positions below their skill levels so that they can more easily meet their caring responsibilities.

Career progress is harder. And for young carers, who assume the role as children, their education suffers.

Recent policy proposals to link age pension increases to the inflation rate, purportedly as an “interim” measure, will hit carers disproportionately hard. This is because as a group they are much more likely to rely on the full age pension, which will fall further behind the living standards of the rest of community.

But it gets worse. Carers are heavily penalised by their inability to take advantage of generous tax concessions for superannuation contributions. Many carers are unable to make contributions and have few opportunities to save for their old age.

So, carers are doubly penalised in the current policy debate over reforms to retirement incomes policy. The real value of pensions is being targeted, while our political leaders are reluctant to talk about the unfairness built into the superannuation system.

Value of care needs to be recognised

The policy debate about caring is focused on how to get parents and carers into the labour market so that they can become “productive”. Apart from the implicit denigration of their unpaid work, often performed in difficult circumstances many of us would struggle to cope with, their economic contribution is immense.

A 2010 Access Economics study estimated the value of informal care provided by Australia’s nearly three million unpaid carers at more than A$40 billion per year – and that excludes caring for young children. If governments had to fund this care the budget impact would be severe.

Australia’s army of carers work for the nation and as much as anyone else they deserve a comfortable old age rather than one living in poverty. So it is time we had a thoroughgoing national debate about how to restore some fairness to the system.

It’s widely recognised that the current superannuation system is structurally unfair because high-income earners gain far greater tax concessions than low-income earners. We have already begun a conversation about how to boost superannuation for one kind of carer – working parents. One proposal is to add super contributions to parental leave payments.

But we need a much broader conversation because the retirement income needs of other kinds of carers, like those of non-working parents and carers of people with disability, are being ignored.

The provision of super contributions to working parents in receipt of the government’s Parental Leave Pay is a good start. But it is people who provide ongoing care for a person with disability, a long-term illness, or frailty due to old age – which often precludes them from working for long periods – who are most in need of support for saving.

For some years, a number of European countries have accepted that a fair retirement income system must include provision for all kinds of carers, not just working parents. Countries that once provided “credits” to the retirement accounts of parents are scrambling to extend their credits to all carers.

Here’s a way to give carers a fairer deal

So how can we make Australia’s retirement income system fairer for carers? Fiscally, savings from reduced tax concessions for high-income earners (those least in need of government incentives to support saving) could be used to increase the super accounts of carers.

But what would be an effective and fair way of doing so? A government-funded system of “crediting” the super accounts of people who provide care – working parents and other parents and carers – could be more effective if it built on a foundation of reform to the taxation of superannuation. A reformed system of taxing super could in itself make the super system fairer for carers (and many other groups), before a credits system is even added.

In addition, if done in the right way, a reformed system of taxing super could provide the infrastructure for building in a system of credits. A number of schemes have been introduced abroad. More work needs to be done on how to reform Australia’s system, but the Henry Tax Review put forward one attractive proposal: recommendation 18, which was developed further in a report by the Australian Human Rights Commission.

A system of carer credits would go a long way to recognising the invaluable contribution carers make to Australia’s economy and to ensuring they are not penalised in retirement for their selfless service. This kind of scheme would not only provide fairness to carers, ending the poverty trap for care, but make the retirement income system fairer for all Australians.

Myra Hamilton is a Research Fellow in Social Policy at UNSW.