Predictable criticism of changes to the Fair Work legislation shouldn't be allowed to derail efforts to recognise bullying as a significant health and safety problem, writes Carlo Caponecchia. 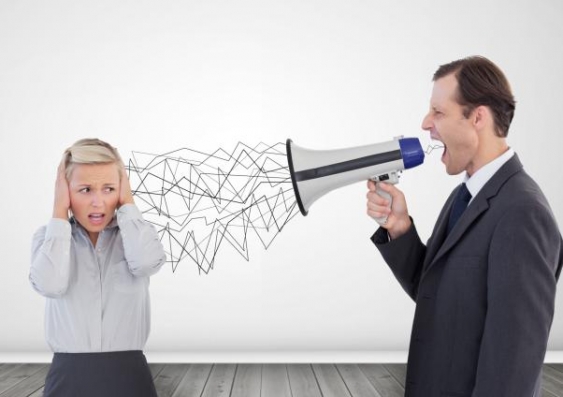 OPINION: The response to legal changes that allow employees being bullied at work to apply to the Fair Work Commission (FWC) for an order to make the behaviour stop has already attracted the predictable criticism.

The changes to the Fair Work legislation came in on January 1 in response to the 2012 House of Representatives inquiry into workplace bullying.

Employer groups and some commentators have expressed concern that bosses will be blamed for minor wrongdoing by employees, or that the FWC will be swamped with vexatious complaints.

But like some responses to the proposed National Code of Practice on Workplace Bullying (now released by Safe Work Australia as guidance material), many of these issues are distractions, designed to derail the legitimacy of workplace bullying as a significant workplace health and safety problem. Several important issues have been overlooked thus far in the debate.

The most important issue is that any claim of bullying behaviour will have to meet all three of the criteria for workplace bullying: repeated, unreasonable behaviours, that create a risk to health and safety. Many of the examples trotted out to undermine the need for bullying protections often fail to meet any or all of these criteria, and we should beware of these. Baristas being bullied for bad coffee is but one example that was acknowledged to be a bit of a stretch.

Indeed, it is also the case that some are too quick to call “bullying” without considering the criteria. This will no longer pass muster. It should by now be a broken record, but we all have to use these criteria consistently and conservatively. To do that requires an informed understanding of the criteria.

Safework Australia’s guidance material will help organisations to audit their current practice, with better outcomes for preventing workplace bullying. The FWC has also provided some guidance on the criteria, although more work will be needed to help people assess what is (or is not) happening to them at work.

While there has been much handwringing about the FWC being flooded with applications, it is likely many will fail to meet the criteria at an early stage and be filtered out.

In addition, a number of other important variables will impact on applications. Firstly, defence personnel and most state government employees will not be able to make a claim to the FWC. This issue has been raised at the ongoing NSW legislative council inquiry into workplace bullying at Workcover NSW, the agency responsible for regulating workplace bullying. How to resolve these issues for the bulk of state government employees remains a challenge. We can’t assume that the whole workforce is covered by these new provisions.

Second, no damages can be awarded by the FWC for bullying claims. This considerably changes the motivations of people who may make a claim, and accordingly, whether they will have legal representation. A lack of financial gain will likely reduce the use of “no win, no fee” lawyers for these cases. The likely lack of legal representation means many will go it alone, and this is considerably more difficult.

The third point is that people making a claim have to be currently employed at the workplace. They cannot have resigned, or be making a claim about a past employer. Further, the objective of the legislation is to make bullying stop – that is, prevent further risks to the individual making the claim. Not only does the claimant need to be employed in the workplace for which they are making the claim, but they presumably have to want to continue to work there. These issues significantly change the dynamics.

It is not easy to make any claim to any external body about anything, while still beholden to your employer for employment. Employers do not want to be hauled in front of the FWC for any reason. This may stop people making a claim, or result in significant payback (which of course could result in further risk to the psychological safety of the claimant). Trend data on how many applications are made, and how far they progress will be most illuminating.

The response to the implementation of these new provisions will to some extent depend on the nature of early cases and orders that may be made.

How claimants negotiate these complex new arrangements will be fraught, but equally, how employers respond will be watched with interest. The best advice to anyone considering making a claim is to know the criteria, assess the evidence for the criteria, and consider the full range of possible outcomes of any claim that is made.

For organisations, the best way forward is - as always - prevention. As Emeritus Professor and former Commonwealth Ombudsman Professor Dennis Pearce noted in his preliminary report of the inquiry into bullying at CSIRO, it is time to own this as an organisational issue, not an individual one.

Dr Carlo Caponecchia is a Senior Lecturer in the School of Aviation, UNSW.