Opinion Class warfare in the budget? That’s a bit rich

The targeted additions to spending in the budget are in part symbolic, but also likely to be quite progressive in their impact, write Peter Whiteford and Gerry Redmond. 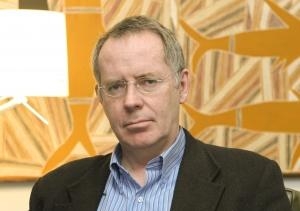 OPINION: The Treasurer Wayne Swan has described the 2012 Budget yesterday as “a Labor budget to its bootstraps”, and commentators have variously seen it as “a big taxing, big spending budget, including a big increase in welfare” and as “a big dose of class warfare”.

While the budget aims to achieve a small surplus – which was not a surprise – there were some unexpected changes, including an increase in Family Tax Benefit Part A (FTB-A), the income-tested cash payment for families with children, with the biggest increases going to families with the lowest incomes. This comes at a cost of around $1.8 billion over four years.

A new Income Support Supplement to be paid to Newstart recipients and people receiving Youth Allowance will cost around $1 billion over four years, and give recipients $210 a year for single people and $350 (combined) for couples. Moreover, families with school aged children who receive FTB-A will also get a School Kids Bonus, worth $410 for each primary school aged child and $820 for each secondary school aged child. This will replace the Education Tax Rebate, which tended not to benefit low-income families.

The government also announced the first stages of the National Disability Insurance Scheme (NDIS), substantial improvements in dental health care and new spending on aged care reforms among other items.

These figures need to be put into context. The combined impact of the “spreading benefits of the boom and support for families” package, the dental health package, the first stage of the NDIS and the aged care package is to increase spending over four years by around $8 billion. Out of total annual Commonwealth Budget spending of $376 billion close to $132 billion or 35% is on social security and welfare, and a further $61 billion on health. Therefore $8 billion represents less than 1% of total spending on health, social security and welfare over the same four-year period.

In addition, there are relatively substantial savings being made in social security and welfare at the same time – including nearly $700 million over four years on Parenting Payment changes, $360 million on lowering the age of eligibility for FTB-A and $127 million in restricting the portability of pensions.

Overall, whether this constitutes a “big increase in welfare” is debatable – it is just that given the size of the Australian economy and the size of the Commonwealth budget, small percentages translate into large numbers.

It is also worth noting that some of the smaller changes are particularly welcome, even if their impact is more symbolic than substantial. The Income Support Supplement will be equivalent to an increase of around $4 a week in the single rate of Newstart, which is not likely to make much of an impact on the deepening poverty of this group, but it is at least some recognition of the fact that there has been no real increase in the level of payment for close to 20 years. Just as welcome is the decision to double the liquid assets test thresholds, which will help reduce the likelihood that people will have to impoverish themselves just to get on to Newstart in the first place.

These and other initiatives, and the achievement of a budget surplus, are to be financed from around $32.6 billion in savings over four years, although for the purposes of the coming year’s surplus, it is $4.4 billion of savings in 2012-13 that are relevant. In this year, the largest single item of savings is $965 million in defence spending, followed by $600 million in deferring changes to the superannuation concession cap, around $450 million in deferring increases in overseas aid and $320 million in not proceeding with the company tax cut.

Whether these changes constitute “class warfare” is also debatable. In fact, the one major change that specifically targets the very rich – the reduction in the tax concession for superannuation for very high earners (those earning over $300,000 a year, a subset of the top 1%) – actually has a small cost to revenue in the 2012-13 year. However, over a four-year period, the changes labelled as “Improving fairness in the tax system” will become more significant, bringing in additional revenue of around $2.5 billion.

In sum, the targeted additions to spending in the budget are in part symbolic, but also likely to be quite progressive in their impact. Whether this signals an ongoing commitment to a more progressive tax and welfare system in the future remains to be seen.

Razor gangs must not lose sight of evidence

Reliance on 457 visas blunts the vision of the NDIS