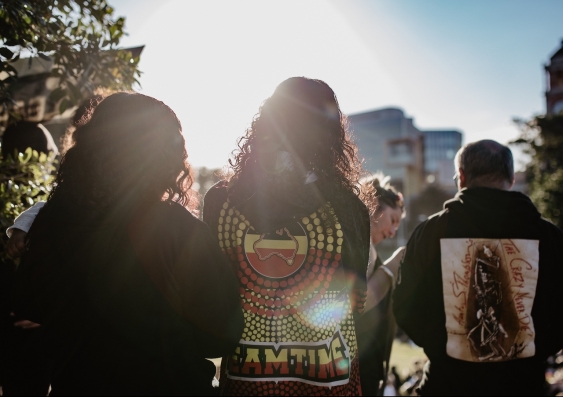 NSW and Queensland have committed to criminalise coercive control despite First Nations women expressing ongoing concerns about it. Photo: Shutterstock

Public hearings have officially commenced into the Senate Committee Inquiry into Missing and Murdered Indigenous Women and Children. The inquiry has found “Murder rates for Indigenous women are eight times higher than for their non-Indigenous counterparts”. This came as no surprise to many of us who have worked in this field for a long time.

In fact, these numbers are likely to be higher when they include manslaughter rates. The rate at which women are murdered in Australia over time (2005-06 to 2019-20) have been declining. But according to the Homocide Report Australia 2019 -20, report, this sadly is not the case for Indigenous women.

When women are murdered in Australia, there is understandable outrage, displays of grief and moments of reflection in our parliament.

However, there is often silence in the media and in public discussion about the violence Indigenous women experience, as Indigenous studies Professor Bronwyn Carlson has discussed.

This inquiry has the potential to provide voice to the Indigenous women and children we have lost and continue to lose to violence, as well as ending the silence that follows.

What is this senate inquiry?

In November 2021, First Nations Greens senators Dorinda Cox and Lidia Thorpe called for a Senate inquiry into the high rates of missing and murdered Indigenous women and children in Australia. Through measures including hearing testimony from survivors of violence and examining police responses, this will be an opportunity to investigate what can be changed to better address violence against Indigenous women and children in Australia.

Available data tell us Indigenous women represent up to 10% of unsolved missing persons cases in Australia, many of whom are presumed dead. Indigenous women are also 30 times more likely to be hospitalised for assault-related injuries. As part of its public hearings, the inquiry is examining these damning statistics.

However, the inquiry is also delving deeper, asking more about the women’s stories, with the intention to go beyond statistics and hear how people are affected by their experiences with family violence.

Police and domestic violence services are not helping

My research has found violence against Indigenous women is significantly under-reported and perpetrators regularly go unpunished. This is not to say Indigenous women are not crying out for support: they are and have been. However, they are often confronted with a dilemma of who is safe to turn to, and what the consequences of reporting might be.

For First Nations women, there are significant risks to consider when reporting violence to police or seeking assistance from domestic violence services. These risks include their children being taken from them by child protection services, the women themselves being arrested for unrelated criminal matters, and the risk of being misidentified as the perpetrator.

Criminology and law researcher Emma Buxton-Namisnyk’s study of domestic violence policing of First Nations women in Australia found “there were very few examples of police interventions that did not produce some identifiable harm”. Buxton-Namisnyk found this harm was through police inaction and non-enforcement of domestic violence laws. Some instances involved police action resulting in “eroding victim’s agency” through criminalising victims and increasing police surveillance over their families.

In June 2022, Acting Coroner Elisabeth Armitage handed down damning findings against the Northern Territory Police in the death of Roberta, an Aboriginal woman from the Katherine region. Armitage said the police “did nothing to help her”. In fact, the fatal assault was the seventh time Roberta’s partner had abused her in less than two weeks. It was five days after Roberta had been told by police to “stop calling us”.

Armitage summed up this case as one in which police failed to follow any of their procedures concerning domestic violence complaints. She also found their manner towards Roberta was rude and dismissive.

These actions and failures were not confined to the actions of police. The triple-zero call operator incorrectly classified Roberta’s calls for help, and the parole officer tasked with supervising Roberta’s partner was oblivious to his breaches of parole conditions. The breakdown in communication across these services and the lack of support available to Roberta created the conditions that led to her death.

This case also speaks to a broader issue of bystanders who fail to act on our women’s cries for help. The Northern Territory is a unique jurisdiction in that it is mandatory for all adults to report domestic violence “when the life or safety of another person is under serious or imminent threat” or be liable for a fine up to $20,000.

Despite this, Armitage explained there were witnesses to the violence Roberta endured, who did not report. To my knowledge, no one has been held accountable for failing to report.

There are stories behind the numbers

During this Senate inquiry, politicians need to consider the stories behind the statistics, such as Roberta’s. It is these stories that demonstrate the need for domestic and family violence death reviews in all of our states and territories. They provide the opportunity to understand the victim’s story and how it is affected by services and systems currently in place.

But it’s also critical Indigenous people are included in the process of reviews and the analysis of what keeps going wrong with services that are meant to save lives.
In addition to this, there needs to be an extensive review of cases over time to understand trends in missing and murdered Indigenous women and children. We need to find out whether systemic problems or issues in practice are responsible for failing these women.

As the United Nations’ violence against Indigenous women and girls report states, Indigenous women already have to navigate violence in the form of racial discrimination and system inequities. Our calls for help need to be met with a culturally safe person who can hear our stories and respond with care and respect to help us navigate our way to safety.