Opinion To curb rising HIV rates, we must target our human flaws

Biomedicine has ensured that HIV is no longer a fatal condition, but changes to human behaviour are still the most effective way to curb the epidemic, argues Professor John de Wit. CONFERENCE 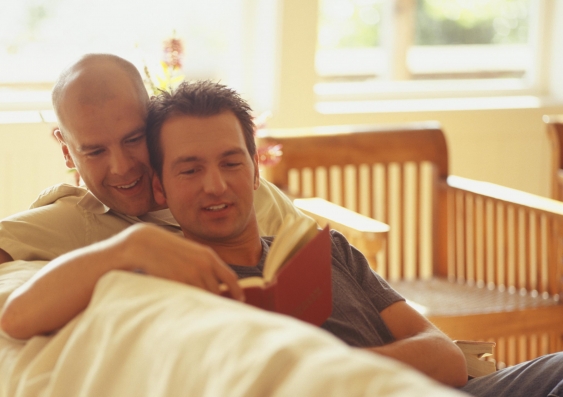 OPINION: One of the most perplexing risks to public health is human nature. No matter how diligently public health campaigns lay out the facts, we continue to make seemingly illogical decisions. Just look at the obesity epidemic or binge drinking for evidence of our willingness to knowingly and repeatedly make apparently self-defeating choices; even more so when sexuality and intimacy is thrown into the mix.

In Australia, the HIV epidemic continues. Just like in other high-income countries that offer high-quality, widely accessible HIV prevention, treatment and care, HIV infection rates in Australia have been steadily climbing since 1999, with the single biggest annual jump of 10% reported in 2012.

The reason is human behaviour. Optimism began to creep in when life-saving anti-retroviral therapies (ART) transformed HIV/AIDS from a certain death sentence into a manageable, if medically complex, chronic condition from the mid-1990s.

Today’s global HIV statistics reflect increasingly risky sexual practices, particularly among gay men, and particularly in countries with both the resources and the political will to turn the HIV pandemic around. By contrast, many developing countries are achieving meaningful reductions in their HIV infection rates.

To date, Australia has been at the forefront of global efforts to combat the HIV epidemic since our much debated “grim reaper” campaign of the 1980s. Australia’s world-class medical researchers helped develop ARTs and have made a major contribution to the use of ARTs in prevention, as the drugs drastically reduce the “viral load” in HIV positive people, and so reduce the risk of transmission.

However, increasing risk-taking is outpacing these significant advances in medical science. In 2012 more than 1,200 new cases were diagnosed in Australia, bringing the estimated number of people living with HIV to 25,708.

Every new infection comes with a lifetime of medical treatment, significant risk of medical complications and considerable lifelong costs; about A$18,000 each year for ARTs for one person in Australia.

We urgently need to re-evaluate our approach and bridge the gap between that knowledge and our HIV prevention responses. That a better understanding of human behaviour will help seems obvious. But few public health campaigns are underpinned by rigorous behavioural and social research.

Much of what we currently do is based on common sense and past experience, which is problematic because people do not necessarily behave in their own best interests. People are, in fact, often motivated, well intentioned and well informed but suffer from the common so-called “new year’s resolution” effect; they do genuinely want to change but just don’t quite manage to get started or fail to maintain new behaviour.

We are also, rightly, reluctant to lecture or play on people’s fears because we want them to make their own informed choices. So we assume that if we give people all the information they need they will put it together and act accordingly. But most people have more on their minds than staying healthy, and most assume they are healthy anyway.

Who hasn’t been on a diet and nevertheless eaten the birthday cake because we don’t want to spoil the party and surely one slice won’t hurt, will it? Likewise, it’s easy to imagine that sex is about many other things than avoiding HIV, particularly since HIV has become a less ominous health threat.

There are promising approaches in the behavioural sciences that go beyond limited assumptions around rational decision making and take into account everything from personal beliefs, unconscious influences and the complex “ecosystems” of signals in our environments that determine how an individual acts, even in the heat of the moment.

Some of the most important insights to emerge from the behavioural sciences in recent years reveal that simple changes can have a profound effect. Implementing an opt-out HIV testing policy at a sexual health clinic, whereby in principle everyone gets tested unless they decline, for instance, substantially increases the rates of HIV testing and so can greatly improve timely diagnosis,

One of the most powerful behavioural science strategies is to help people to make a simple action plan. This takes only a few minutes and has been found to be effective in promoting a wide range of health behaviours, including making appointments for sexual health checks, using condoms, using contraception and getting vaccinated against hepatitis B.

We have a whole range of personalised communication tools such as smart phones that can help; both with gathering information and reaching individuals with tailored health promotion approaches.

There are many human and economic reasons to reinvigorate our efforts to combat HIV. It may no longer be a fatal condition for people with access to ARTs and medical care. But this is not the same as a cure. The best reason of all is that HIV is preventable – if we effectively support people to protect themselves and others.

Professor John de Wit is Director of UNSW’s Centre for Social Research in Health. The Centre is hosting the 13th Social Research Conference on HIV, Viral Hepatitis and Related Diseases at UNSW this week.