Opinion Dealing fairly with East Timor is not charity, but justice

The detention of a retired Australian intelligence agent and the raid on a lawyer's office in Canberra should prompt questions about our fairness in negotiating with East Timor, writes Clinton Fernandes. 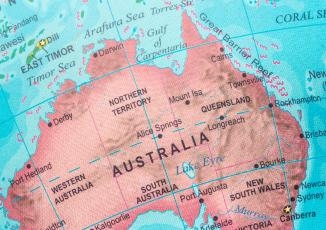 OPINION: It is not hard to see why ASIO yesterday raided the office and home of a Canberra-based lawyer, Bernard Collaery, and the house of a former Australian intelligence agent.

Collaery, a former attorney-general of the Australian Capital Territory, is currently providing legal advice to the government of East Timor, which had alleged that Australia had breached international law by bugging East Timor’s cabinet rooms during the 2004 bilateral negotiations over the Timor Sea Treaty. An arbitration process between Australia and East Timor is about to begin at The Hague.

The raids were designed to seize and confiscate documents believed to contain intelligence on security matters. Australia’s attorney-general, George Brandis, was probably correct to deny that he had authorised the raids in order to impede the arbitration; it is more likely that the intention was to see whether the names of Australian spies who had conducted the espionage would be revealed. Protective measures could be taken in advance.

One aspect of the allegations is extremely disturbing: if the Australian aid program was in fact used as a cover for the espionage operation, then it cynically and callously endangers the safety of hundreds of Australians. These fine young and not-so-young men and women are well-meaning individuals who go overseas to many parts of the globe in order to work with those who are less fortunate. They now risk being suspected of having more sinister intentions, if indeed the AusAID program was misused in this way.

So what was the Timor Sea Treaty that Australia went to such great lengths to secure?

Signed in 2002, it replaced the Timor Gap Treaty, a notorious instrument signed in 1989 by the former foreign ministers of Australia and Indonesia, Gareth Evans and Ali Alatas, as they clinked champagne glasses in an aircraft over then-occupied East Timor’s maritime resources.

East Timor’s emergence from Indonesian occupation voided the Timor Gap Treaty. Its leaders made it clear that they considered it to be an illegal treaty, and that they wanted to follow international law. Such a settlement would have resulted in a permanent maritime boundary halfway between Australia and East Timor, and East Timor would have been able to use the energy resources within its maritime boundaries to feed its population and develop its economy, which had been devastated by the 24 year Indonesian occupation.

However, Australia’s foreign minister at the time, Alexander Downer, adopted strong-arm tactics toward the East Timorese government. In March 2002, just two months before East Timor became an independent state, Australia withdrew unilaterally from the maritime boundary jurisdiction of the International Court of Justice and the International Tribunal on the Law of the Sea. This withdrawal was based on the optional clause of the Statute of the ICJ and Article 298 (1) of the United National Convention of the Law of the Sea (UNCLOS), and reflected its assessment of the weakness of its own legal position.

The current treaty on Certain Maritime Arrangements in the Timor Sea (CMATS), which was signed in 2006, prevents East Timor from determining its own maritime boundary – something to which it is entitled under international law. It also leaves unresolved the issue of “downstream” revenues from refining, liquefying and processing the oil and gas.

Understandably, East Timor would like the gas to be piped to its shore for liquefaction. What’s more, government revenues from oil and gas resources in the Greater Sunrise field are shared equally between Australia and East Timor, even though the field is twice nearer to East Timor. If international law were to apply, then East Timor would be entitled to 100% of the oil and gas on its side of the median line in the Timor Sea. This includes the single most crucial resource, namely the Greater Sunrise field, the bulk of which lies just outside the lateral boundary of the Gap.

Beyond the drama of the spying allegations, policymakers ought to consider the proposition that dealing fairly with the East Timorese is not charity but justice – they are entitled to their resources, after all. Such an outcome would also be in Australia’s national interest because we would have on our maritime border a friendly state that has enough resources to develop peacefully, not a poor, resentful state whose sole major resource is being stolen by its wealthy, spying neighbour. 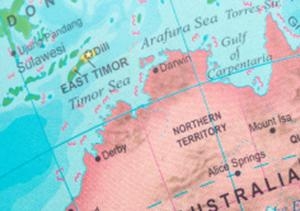 We can’t forget the lessons of Balibo

No secret, this spying stinks

Witness K trial opens: how much of spying case should be secret?

As whistleblower lawyer and witness face charges, deeper secrets are at stake