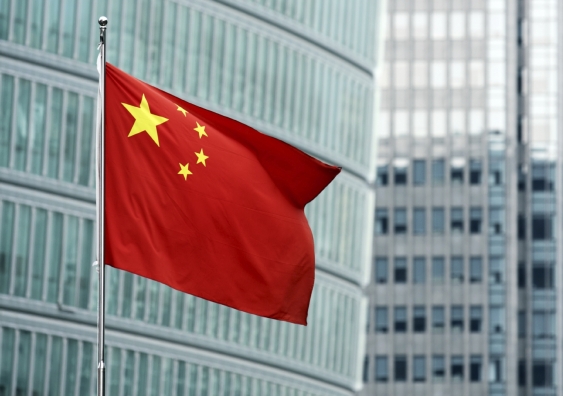 The reports anticipate a key conclusion of the forthcoming white paper: we will need to strengthen and deepen our close defence ties with the US as the best way of protecting our interests and freedom of action in a more volatile, China-centric region.

The ANZUS Alliance in an Ascending Asia, published by the Australian National University’s Strategic and Defence Studies Centre and the Washington-based Centre for Strategic and International Studies, makes four important and insightful observations that should shape Coalition and Labor thinking on defence.

Australia could be drawn into a regional maritime conflict with its largest trading partner if China takes more risks in seeking to control the western Pacific and Indian oceans; our geographical isolation no longer affords us protection against emerging military threats; the era of regional stability underpinned by US military supremacy is drawing to a close; and Australia is becoming pivotal to US plans to maintain a strong regional defence presence because of our proximity to contested seas and the sanctuary we can provide US forces vulnerable to China’s potent new missiles.

The second report, authored by prominent Australian strategist Ross Babbage and released by the Menzies Research Centre, documents in forensic detail how Beijing steadily has improved its strategic position through a 20-year military build-up that shows no sign of abating.

During the past decade China’s defence spending has quadrupled, whereas the US has increased spending by only 12 per cent, notwithstanding expensive military commitments in Iraq and Afghanistan.

Although it has not entirely eroded, the technological lead long enjoyed by the US military is shrinking in many areas the US once dominated.

All this matters because Australia’s defence strategy has been based on two premises that remain as valid today as they did a century ago. As a sparsely populated nation inhabiting a continent-sized island, we simply do not have the population or res­ources to defend ourselves against a major security threat on our own. So it makes strategic sense to align ourselves with a great-power protector, preferably one that shares our values and interests.

Historically, and fortuitously, our chosen protectors — Britain and the US — shared not only our values but also most of our interests. By and large, they were able to keep the regional peace because they were the preponderant military powers in the 20th century, barring the decade of Japanese expansionism that ended in 1945.

But China’s ascent presents an acute strategic dilemma. If our US ally is in relative decline and the rising power is an authoritarian, increasingly revisionist state that shares few of our values, what does this mean for the US alliance and Australia’s strategic choices?

Should we bandwagon with the rising power, or at least become more compliant with Chinese strategic preferences and aspirations? Presumably this would mean accepting China’s militarisation of disputed islands in the South China Sea and abrogating or loosening our defence ties with the US, options that polls indicate would be overwhelmingly rejected by the vast majority of Australians.

Should we be more independent, as former prime minister Malcolm Fraser argued, by moving out of the protective US security umbrella to avoid being entangled in US wars?

The problem here is that such independence, assuming it is achievable, may cost a great deal more and deliver worse security outcomes than remaining in the alliance.

Or should we move even closer to our long-time ally as the most effective way of ensuring our security in a more hostile world and to hedge against the possibility that China’s rise may be less peaceful than optimists allow?

Both papers clearly favour the latter choice. What gives their prescriptions unusual weight and relevance is that they almost certainly reflect the views of senior officials and strategic planners in the Department of Defence, although don’t expect to see them articulated in such an unalloyed and forthright manner in the forthcoming defence white paper.

A close reading of both reports suggests there are likely to be three significant shifts in Australian defence strategy.

First, Australia-US defence co-operation will intensify as Washington elevates Australia in its defence priorities. This will mean greater American use of, and investment in, Australian defence bases and training and logistics facilities, especially in northern and western Australia.

Second, the capacity of the Australian Defence Force to seamlessly operate with its US counterpart, already high, will go to an even higher level, making Australia and the US the two most integrated military forces in the world, if they are not already so.

Third, defence co-operation with the region will deepen, focusing on Japan, India and the maritime states of Southeast Asia that share Australia’s concerns about the deteriorating security environment in the South China Sea, namely Singapore, Vietnam, The Philippines, Malaysia and Indonesia. Much of this co-operation will be co-ordinated with the US and Japan as both countries ramp up their defence assistance to Southeast Asia.

Enhanced defence co-operation with the US will not be risk-free. A greater US military presence may raise China’s ire, particularly if it extends to the hosting of US nuclear submarines and aircraft carriers, making Australia a potential target should there be a conflict between the two regional super powers.

But this risk must be weighed against the strategic benefits of a closer partnership with the US, with its ongoing advantages for Australia, notably in terms of better deterrence, intelligence sharing, operational synergies and access to advanced defence technology.

The inescapable conclusion is that the US alliance will become more, not less, important to Australia as China’s challenge to the established order in Asia grows and geopolitical turbulence in the region increases.

Australia has much at stake in South China Sea reef dispute