Opinion Defending multiculturalism is in all our interests 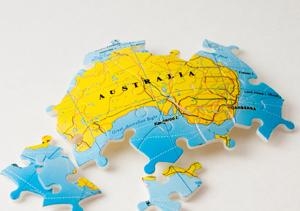 OPINION: Australians were understandably shocked by the display of violence in word and deed by some Muslims at the recent demonstration in central Sydney. The demonstration was to protest against a short, amateurish film made by a few insignificant individuals in the United States that satirises the Prophet Muhammad.

A powerful social norm in Australia is that migrants do not bring their homeland conflicts with them or replay their religious and national aggression here. That norm, along with simple law and order, was violated in Sydney. Such episodes invariably provoke debate about Australian multiculturalism. Yet both its critics and supporters invest the philosophy and policy of Australian multiculturalism with far too much significance and capacity on these and other occasions.

Do a simple thought experiment. Imagine Australian multicultural policy was abolished in 2001 after the World Trade Center attacks. For the past decade, there were no grants-in-aid to community groups; no more talk of a right to cultural identity or cultural respect; no more protections against direct and indirect discrimination in the competition for opportunities and offices; and no sweet talk about how cultural diversity is a public good that serves the interests of all Australians. Instead suppose we had just good, old-fashioned Anglo-Australian institutions, culture and privilege.

Would there still be self-identifying and practicing Muslims, Hindus, Jews and other minorities around today? Of course. Would some Australian Muslims still be extremely agitated by provocative depictions of their prophet? You bet. Why? Because such provocations are typically internationalised. Because Muslim and doubtless other minorities will likely feel more marginalised from Australian life than they otherwise would have been. And because the clash involved here is ultimately between certain Islamic sensibilities - already defensive, it must be said, in a climate of generalised Islamophobia - and liberal democratic norms, such as freedom of expression, non-violent protest and the secular state.

Australian multiculturalism is neither the cause of such outbursts, nor can it alone prevent them. It was designed for more modest and mainstream purposes.

Australian multiculturalism is and always has been essentially defensive. It seeks to protect liberal democratic values by checking the tendency of the majority culture to define individual liberty and equality solely in terms of how it chooses to live, work and play. You may choose to wear a beach hat and sunglasses; I may choose to wear a hijab. It is the same entitlement to freedom of cultural expression.

Australian multiculturalism, in other words, aims to extend liberty and equality to all Australians within the same liberal democratic limits and so allow all Australians the same opportunities and a sense of belonging.

It has become fashionable in recent years to assert that Australian multiculturalism has erred in emphasising the right to cultural difference at the expense of shared values and what unites us. As the Weekend Australian editorialised, "for too long multiculturalism has emphasised the need to respect the differences between diverse cultures, with too little attention paid to integration and patriotism."

In fact, it is imperative that both respect for cultural difference and integration be emphasised and for the same reason. Each follows from liberal democratic principles. Indeed, Australian multiculturalism might well be described as the attempt to specify the terms of liberal democratic integration.

Talk of patriotism, however, requires caution.

In her speech to the Australian Multicultural Council at Parliament House last week, Prime Minister Gillard also suggested that multiculturalism was an "expression of progressive patriotism in which all Australians, old and new, can find meaning."

These recent calls to patriotism have their origin, I think, in Tim Soutphommasane's tract, Reclaiming Patriotism: Nation-Building for Australian Progressives. Tim is a very talented young Australian with much to contribute; he sits on the Australian Multicultural Council. I do wish, however, he would leave patriotism out of the equation.

While there is nothing wrong with patriotism or love of country per se, as Isaiah Berlin might have said, multiculturalism is multiculturalism and not patriotism. There are risks to equating them. One can love one's country without necessarily respecting its laws or institutions - just ask any Aboriginal Australian from about 1788 onwards and especially those in the aftermath of the Northern Territory intervention. And one can abide and respect the laws and institutions without necessarily welling up with patriotic sentiment.

If Australian multiculturalism is to be liberal and democratic, then it is enough that we ask citizens to respect the laws and institutions of the country. Liberal democracies cannot be in the business of prescribing love or feelings, whether to countries or anything else. We should leave patriotic sentiment to emerge from citizens' positive experience of living here. It will in most cases.

What, then, can be done? The remarkable Frank Lowy knows a thing or two. In his lecture to the same Australian Multicultural Council last week, Lowy (who was born Czechoslovakia and arrived in Australia in 1952) rightly insisted that Australian multiculturalism is "bigger and stronger" than the demonstration in Sydney. He caught exactly the reciprocity at the heart of Australia's liberal multiculturalism:

You are welcome; you are free to worship; you are free to honour your heritage; and, we will respect the differences between us. And in return, you should agree to live by the standards and values of this society, the one you have chosen to be a part of.

Pointing to the example of the United States, Lowy suggested that greater attention be placed on civics education and the concept of citizenship. "They seem to have a way of projecting their national values through institutions like [their Constitution, their Bill of Rights and their flag] rather than just their lifestyle." Policymakers in Australia would do well to heed his advice.

However, Lowy is also wise enough to know, as he put it, that "Australia is not America." In thinking about civics education, we would do well to bear in mind some key differences between the two countries. The United States is a "creedal nation" in that its national identity is defined mainly in terms of its founding political principles. The emphasis on "civics" in the United States thus comes easily and "naturally."

In contrast, Australian national identity and culture traditionally have been construed as extending beyond liberal democratic values, even beyond a famed actual or imagined egalitarianism, to include also cultural mores, attitudes and habits - an "Australian way of life." Attempts at civics education in Australia thus have usually had to deal with deeply felt cultural-nationalist impulses.

For example, when he was Chairman of the Commonwealth Government's civics and citizenship program in schools in 1990s, John Hirst equated a civics education with a "civic identity," arguing that the latter would only be appropriate if "we were truly a very diverse society, with a number of distinct ethnic groups each maintaining its own culture." Because he contended modern Australia is not such a place, but rather substantially a "melting pot," with high intercultural marriage rates and so on, he held there is much more Australians might agree on. And so his school curriculum included such material as Aboriginal Dreamtime stories, Henry Lawson's tales, Fred McCubbin and Sidney Nolan paintings, Weary Dunlop's wartime courage and Paul Keating's speech on the burial of the Unknown Soldier.

It is this focus on cultural nationalist motifs that Lowy says needs to be complemented - not necessarily replaced - by a more direct instruction in the ways and means of democratic life.

Though many people are surprised by the fact, the United States does not have a policy of state multiculturalism. Rather, it has a long and vibrant tradition of pluralism in society. And as its society is among the most religious in the world, American political and defensive energies have been directed to erecting and maintaining a "high wall of separation" between church and state.

Thus although an institution like SBS is unthinkable there, the United States is, by Australian standards, extraordinarily concerned with religious and cultural equality. Just witness the standard American greeting of "Happy Holidays" instead of "Merry Christmas," despite being an overwhelmingly Christian and highly religious society.

Australia, of course, does have an official state policy of multiculturalism. But in Australia there was no long or vibrant tradition of social pluralism. In the wake of post-war immigration, the policy of multiculturalism was and still is Australia's attempt to carve out a place for such pluralism in the name of liberty and equality. But it has had to do this against a longstanding and abiding impulse for national-cultural homogeneity. Australians remain engaged in that project and tussle on a daily basis.

It would be easy here to quote examples from John Howard's prime ministership, inveterate cultural nationalist that he was. But to see just how deep-seated cultural nationalism is in Australia, consider instead the national 2020 Summit in 2008.

The Summit, it will be recalled, was the brainchild of former prime minister Rudd on winning office in 2007, and sought to bring to Canberra 1,000 of Australia's best and brightest to share their ideas for the nation's future.

Yet despite decades of official multiculturalism, and despite every government department having available a list of ethnic, religious and national holidays of Australia's minorities, and despite political leaders even conventionally referring to Australia's Judeo-Christian heritage, the government scheduled the Summit on dates that clashed with the beginning of the Jewish festival of Passover, thus making attendance impossible for many of the Jewish Australians invited. A national event meant to summon the ideas of a select group of Australians based on individual merit inadvertently excluded a minority courtesy of entrenched cultural blinkers or indifference.

Events like what happened at the Muslim demonstration in Sydney are rightly concerning. Some new or newer Australians clearly need better instruction in the norms of Australian liberal democracy, their responsibilities as citizens and how to go about airing their grievances. But to attribute such events to the policy of Australian multiculturalism or to expect it to prevent such outbursts in future is unfair, both to the modesty of its policy settings and to ourselves.

For the alternative is far worse. Abolish Australian multiculturalism and the strong cultural nationalist impulse in this country would go unchecked. Liberty and equality in Australia would be the first casualties.