Australia's coal exports have tripled in the past 25 years. It's our dirty secret that neither side of politics is willing to address, argues David McKnight. 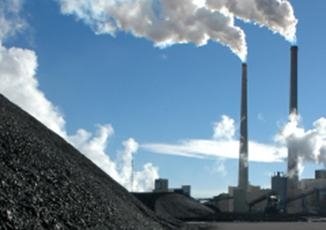 OPINION: While Labor and the Coalition debate the virtues of Labor's emissions trading scheme versus the Coalition's direct action, there is a sleeper issue on climate. It's Australia's dirty secret on global warming. It's an issue neither side of politics wants to debate. Merely raising the issue can provoke accusations of extremism. It's Australia's booming export of coal.

Australia's coal exports have tripled in the past 25 years to more than 300 million tonnes and coal corporations now want to double that figure. We are exporting coal like there is no tomorrow. Yet we know that to moderate global warming, the world must reduce the burning of coal.

For most Australians the shiny, black lumps of coal that we dig or burn are remote from our daily lives. If we think about coal at all, we dimly realise that our laptops, electric stoves and lights depend on the electricity produced by burning this rock. While coal was once burnt in fireplaces and in city-based power stations, today it is remote. It is scooped up from distant mines, loaded onto trains and disappears into remote power stations via ships that sail off over the horizon. Out of sight, out of mind. A comforting illusion is fostered that coal is benign.

However, it is time Australians thought much more about coal. Our future is increasingly tied up in it. About 75 per cent of our electricity is from coal-fired plants. Australian export coal constitutes one-third of the world's seaborne coal trade. This increasingly feeds the power plants and steel mills of India and China, both responsible for much of the increasing global greenhouse emissions.

The consequences of burning coal in Mumbai or Shanghai are the same as burning it in NSW, because climate change is global. That is why it is important to take a critical look at Australian coal exports, as well as the domestic burning of coal.

There are two more reasons why our coal exports are a problem. First, there is a significant degree of hypocrisy in Australia, where the use of green energy is encouraged at home while huge profits are made from exporting dirty coal. The greenhouse emissions from our coal exports nullify any planned emission reductions within Australia, many times over. In Australia and the US, greenhouse gas emissions have decreased slightly in the past year or two, but this is a limited advantage in a world where the power plants of China and India are still gushing carbon dioxide into the atmosphere, encouraged in their dirty energy model by the easy availability of Australian coal.

Second, by placing long-term bets on coal expansion Australia is locking itself into an economic reliance on coal exports at a time when it is becoming clear that coal should be rapidly phased out. It makes no sense to do this when it's likely that at some point an international agreement will emerge to discourage coal use. Such an agreement may be too late to prevent dangerous temperature rises, but when it occurs Australia's economic dependence on coal will make us far more vulnerable than we need to be.

The burning of fossil fuels such as coal is already having damaging effects on Australia. Our atmosphere is 4 per cent to 5 per cent moister than it was 40 years ago, and warm air traps more water vapour than cold air. Scientists tell us that this means we face droughts and floods on a new scale.

Another result can be seen if you go off Sydney Harbour and do a litmus test in the ocean. It comes out redder than it once did. Our sea water is 30 per cent more acidic than pre-industrial times. This is one of the big risks for the Great Barrier Reef. Yet coal shipped from Queensland's new ports is intensifying this problem. This was the fear expressed in a statement by 2000 marine scientists who met in Cairns in July last year, warning about the warming and acidification of the world's oceans. ''This combined change in temperature and ocean chemistry has not occurred since the last reef crisis 55 million years ago,'' they said.

But the most radical consequences of our expansion of coal mining are yet to come. The need to prevent this was summed up by the former head of NASA's Goddard Institute for Space Studies, James Hansen, who endorsed our book. ''Kicking Australia's coal habit is the greatest gift Australians could give to everybody's children, future generations and other life on the planet,'' he said. 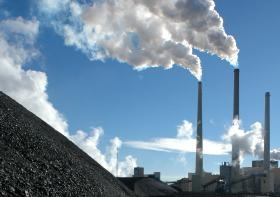