Opinion DIY internet justice is not a solution to online misogyny

Relying on female victims of gendered cyberhate to expose perpetrators does not address the underlying problem, writes Emma Jane. 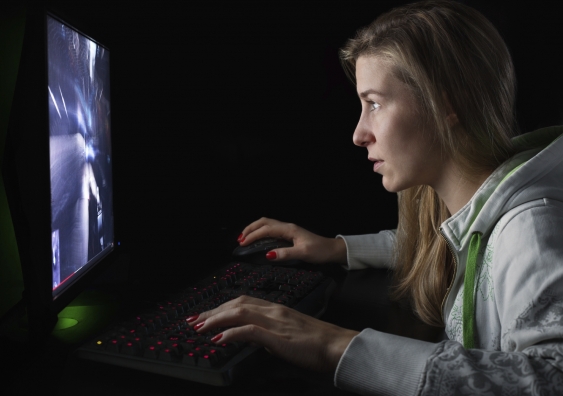 OPINION: Some dudes in the media think women who complain about online misogyny are being weak.

They reckon those of us who object to being told we are about to be raped by combat knives, decapitated by chainsaws, and anally penetrated into oblivion are being overly sensitive.

I won't mention any of these dudes by name because rape threat apologists don't deserve the publicity. Here, however, is a précis of their recent contributions to the online equity debate.

Media Dude #2: says we should stop "squawking" and suffering fits of the vapours every time we receive an unpleasant message.

Media Dude #3: says we're guilty of "narcissistic victimhood" because online rape and death threats are "imaginary" threats. Proper psychopaths, he says, are too clever to advertise their crimes in advance.

(Presumably he missed this report on racist hate crimes, showing that such killers don't hide in the shadows but openly advocate their ideology online and often obsessively post on forums and blogs for hours a day.)

Anyway. While it's always a joy to be on the receiving end of a good, hard mansplain, these media dudes are dead wrong.

Heaps of them are woman-ing up and fighting back. Hard. So hard that feminist digilantism – especially naming and shaming digilantism – has become A Thing.

Is this, however, a good thing or a bad thing? Before considering the possibility that it is both at once, let's check out some recent examples.

Australian women are at the frontline of the international feminist digilante movement and their efforts are getting results.

Daily Life columnist Clementine Ford, as we know, has been tirelessly naming, shaming, and yes, sometimes swearing at rapey dudes who call her a diseased whore, a dumb c---, a fat bitch who needs to be shot in the face, and so on ad infinitum. Late last year, a man was sacked after she forwarded one of his abusive messages to his hotel group employer.

Then there are the Next Gen members of Sexual Violence Won't Be Silenced (SVWBS), a self-described girl gang, who last year called out a whole pack of dudes for slut shaming a Sydney woman who'd had the hide to  - sit down when you read this - make a sexual reference on Tinder (shocking, I know).

In the aftermath of the SVWBS digilantism, one man lost his job and another, 25-year-old Zane Alchin, was charged with using a carriage service to menace, harass, or cause offence. His trial – a legal test case – is set to be heard on June 20. Alchin is pleading not guilty.

Overseas, meanwhile, there are cases such as the one involving the Canadian feministSteph Guthrie. She unearthed the identity of the man who'd created a notorious online game encouraging users to smash an image of the US commentator Anita Sarkeesian in the face.

Guthrie confronted the man publicly on Twitter, passed his details on to media outlets, and alerted potential employers in his local area that if he ever sent them his résumé, they should know he was responsible for making "woman facepunching" games.

As a feminist, my initial, gut response to all this is a very loud, capital lettery WOOT.

Police, platform managers, and policy makers are responding to gendered cyberhate with all the speed and reliability of a 1990s-era dial-up internet connection. That women are picking up the slack with such guts, tenacity, digital savvy, and [insert lady version of "ballsiness" here] is amazing.

What's more, if we look to legal literature on offline vigilantism (check out this and this), we can see that – depending on the context – feminist digilantism can be regarded as not only ethically justified but ethically demanded given that society is failing to hold up its end of the social contract.

We need, however, to keep an eye on the bigger picture.

Given the popularity of fictional female vigilantes (Lisbeth Salander, Jessica Jones, Black Widow, Hit Girl, etc) it's not surprising that real-life versions are often celebrated by media commentators (or at least media commentators who aren't Media Dudes #1, #2, or #3).

When the Australian gamer Alanah Pearce confronted the mothers of boys who'd been sending her rape threats on Facebook, for instance, journos from all round the world applauded her actions as the "perfect" way to deal with rape threats online.

It sounds supportive. But it also fits with the unhelpful trend of shifting the burden of responsibility for solving the problem of gendered cyberhate from perpetrators to targets, and from the public to the private sphere.

As such, it's critical to remember that feminist digilantism is a symptom of, not a solution to, online misogyny. Also, it has risks.

As with offline vigilantism, the online version can backfire and/or put activists in danger of worsening attacks. Sometimes innocent people get hurt or used as scapegoats. Over time, it may also strengthen extrajudicial cultures online; whereas what the problems of gendered cyber-harassment and cyber-abuse urgently require are regulatory remedies.

None of this is to criticise those women who are taking a DIY approach to securing justice on the internet.

Instead, it is yet another plea for the powers-that-be to follow the UN's advice and get off their collective backsides – not only to address the central problem of gendered cyberhate but to relieve women of the burden of having to do their jobs for them.

Dr Emma A. Jane is a Senior Research Fellow at UNSW where she is currently running a three-year, government-funded study into the impact of gendered cyberhate.

This opinion piece was first published in SMH Daily Life.