Opinion Do we need a film festival to fly the Union Jack?

The British Film Festival offers much to please audiences – but how connected is it to the Brit diaspora, asks Greg Dolgopolov. 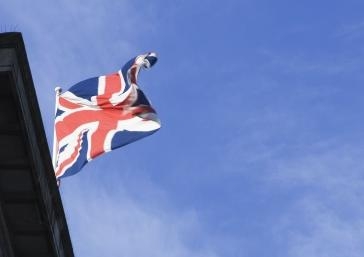 OPINION: When it comes to film festivals, Australian audiences have plenty to choose from. Virtually every week there is a film festival from a different ethnic, national, religious or cultural group vying for attention – and audiences are growing.

From a commercial point of view, it makes perfect sense. Whether it has a firm relationship to the large community of expat Brits in this country is another question.

And just how much festivity Australians can handle is hard to say. Although this year the Australian Film Festival closed, hopefully temporarily, and the Polish Film Festivalwas held over until next year, the African film festival re-emerged alongside three new ethno-national film festivals: the North Korean, Sydney Intercultural – and the British.

The BFF program provides a healthy mix of crowd-pleasers (One Chance, Le Week-End, Still Life), an edgy musical biopic about an ordinary man who begins leading a new community in strife-torn Belfast as the so-called “godfather of punk” (Good Vibrations) and a tribute to Britain’s literary heritage with an excuse for period costumes (Austenland, Romeo and Juliet).

There’s a laddish crime thriller with Jude Law and Richard E. Grant (Dom Hemingway) and fine examples of the work of great directors such as Stephen Frears (Philomena) and Kevin Macdonald (How I live Now).

Acknowledging the highpoints of the cinematic canon the retrospective program screens the top five films of the BFI Top 100 British Films:

All of the above are justifiable classics and should be seen on the big screen at least once.

Regular Palace Films programming director and the curator of this year’s festival, Kim Petalas has said that an English-language offering would complement all Palace’s foreign film festivals.

This is a canny commercial decision that complements the Palace Film Festival program, attracting a blend of arthouse and mainstream film goers.

But isn’t the task of festivals precisely to reveal what the mainstream ignores?

What is a film festival for?

The BFF really asks audiences to ponder this question.

More than half of this year’s program will appear on the big screen in the near future in a regular season. The festival becomes something like an alternative distribution platform offering a sneak preview of coming released – and only a small clutch of films may not get a theatrical release elsewhere.

One argument for having a festival of British cinema is that, aside from the Harry Potter franchise, a few brittle Merchant Ivory melodramas and a couple of gritty crime thrillers, British cinema is as marginalised as all the other non-Hollywood fare at the local box office.

Audiences rarely get a chance to experience real British cinema. Viewed in this light, British film is as much a victim of the dictates of global capitalism as the cinema of Bhutan and merits its own festival.

The large community of the British diaspora does not have ready access to their cinema culture and needs to be vigorously supported.

Palace Cinemas are leaders in the film festival business. They stage the largest and the oldest ethnic film festivals in Australia: the Italian, French, Greek, German, Spanish, Israeli, Russian and Mexican among others.

All of those largely European festivals have a significant diasporic community for whom the festival as an important and unifying annual cultural event.

Support from the diaspora provides the authenticity, colour and vibrancy that are essential to developing a broader audience.

Even if the heritage community numbers have dropped away in recent years as festivals become more established, it is the experience of opening nights and special events that create an authentic link between a specific multicultural community and the curious mainstream.

The philosophy of an ethnic national film festival is the promotion of contemporary and often complex versions of a culture that is invariably outside the mainstream. They offer audiences the chance to play with stereotypes – and to shatter narrow perceptions.

And that’s a task that the BFF doesn’t wholly embrace.

While the Francophone diaspora in Australia is numerically small, the promise of an imaginary French experience is perhaps the best known and most mainstream foreign culture in Australia – and that goes a long way to explain why the Alliance Française Film Festival is as big as some of the heavily-funded state-based international film festivals.

Similarly the Goethe Institute’s German Film Festival is explicitly geared to the non-German diaspora and is focused on introducing German culture to mainstream Australia.

There is no suggestion that commercially-focused film festivals such as the BFF are not genuine. Film festivals should be run to make a surplus from year to year. The majority of film festivals in Australia are not-for-profit community entities run by volunteers and passionate cinephiles on behalf of a community with irregular sponsorship – and often without government funding. They should run varied programming that mixes marginal material with the mainstream.

But most importantly festivals should continuously reinvigorate the form and meaning of what a festival is: an experience that is extraordinary. As filmmaker Mark Cousins argues in his 2012 Manifesto on Film Festival Form:

Festivals should be radically about joy, about countering alienation, about telling the world of money and commodity that – ha ha – it doesn’t know the secrets of the human heart or the inexpressible, stupendous need to be with other human beings.

Future iterations of the BFF may present a broader account of British culture to Australian audiences by featuring less mainstream content.

Until then, the BFF is a perfectly decent festival with a fine selection of films – and an opportunity for a little proper British glamour.

Sydney’s Intercultural Film Festival is new and brave, but can it work?