Australia is at the forefront of a wholly new approach to dealing with the impacts of domestic violence, write Inara Walden and Ludo McFerran of the Safe at Home, Safe at Work Project at UNSW. 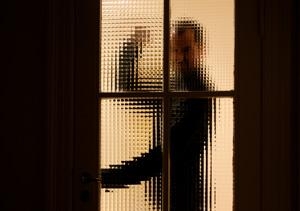 OPINION: As global attention has focused this week on the issue of violence against women via the One Billion Rising movement, Australia is at the forefront of a wholly new approach to dealing with the impacts of domestic violence, supporting those affected to stay safe at work and remain in employment.

This week the Federal Government proposed including the right for victims of domestic violence to be able to request flexible work arrangements in the Fair Work Act.

For those experiencing domestic violence, flexible work can be a vital part of safety planning. It allows, for example, the regularity of work patterns or the employee’s location to be changed, thereby reducing the risk the employee will be stalked, harassed, threatened or injured by an abusive partner or ex-partner in the workplace or nearby.

The inclusion of domestic violence in the National Employment Standards will also require employers, managers and human resources staff to be informed of how domestic violence can affect work and how to respond appropriately. Not by becoming social workers, but by addressing the industrial issues of safety and performance. Not by trying to solve the problem outside the workplace, but referring employees to an expert domestic violence system. Not by finding this all too hard and sacking the employee, but supporting them through a crisis that can affect a third of the workforce at anytime in their life.

Studies have documented the critical function of paid work in providing a financial base to allow victims to recover and move on with their lives. Yet people with a history of domestic violence tend to have more disrupted work lives, find themselves on lower personal incomes and are more likely to be employed in insecure casual or part time jobs.

Domestic violence is also extremely expensive for workplaces. In 2004, Access Economics estimated the total costs of lost productivity in Australia associated with family violence at nearly half a billion dollars in 2002/2003, set to rise to $609 million in 2021/2022.

Many people experiencing violence at home find it also follows them into their workplace, putting their jobs and safety at risk and endangering others.

A 2011 survey of Australian workers found 30% of respondents had experienced domestic violence. Of these people:

There are many ways employers can help those affected by domestic violence to be safe and feel supported at work: having security walk the person to their car, offering flexible hours to break up regular patterns, or a transfer to another branch, ensuring that legal protection orders cover the site of the workplace, providing referral numbers to domestic violence services where employees can get help.

One of the most obvious and practical supports employers can provide is paid leave to allow the person time to sort out related issues, including getting legal protections in place for self, family, home and workplace.

Why should employers foot the bill for this leave? Research shows it to be significantly cheaper than the costs associated with needing to rehire and retrain new staff. To date workers have only been applying for short periods of leave for very practical purposes such as attending court.

Indications are that many workers feel relieved to be able to discuss their experiences frankly with their managers, explain why their work is being impacted. Support from the workplace is allowing workers to take the necessary legal steps to protect themselves and their place of work.

Employers are already paying the hidden costs of lost productivity resulting from domestic violence, because one in three Australian workers is affected, and this can have very negative impacts on work performance. From a financial point of view alone, workplaces can ill afford to ignore this issue.

Australian employers today are very good at safety planning to protect staff from abusive clients and customers. In the case of domestic violence, the threatening party may be known to the staff member, however this does not void the employer’s duty of care to provide a safe work environment.

Until quite recently, workers affected by domestic violence had no specific protections or rights. There was no category of leave available for those needing to deal with court appearances, medical, counselling or legal appointments relating to domestic violence. So it was left entirely to the discretion of individual employers to decide whether there was leeway to provide other types of leave for this purpose, such as sick or recreation leave.

The government’s move to give domestic violence victims the right to negotiate for flexible hours is an important step forward in this regard. But there is still a way to go.

If violence in the home was once considered a private family matter, it is now recognised as serious human rights abuse. And while we now see it as a social problem, it is also an industrial issue, affecting people getting to work, doing their job and staying safe.

This article first appeared in The Conversation