Opinion Drug law reform welcome – but must include prisoners

Proposed changes to Victoria's drug laws and policies have potential but fall short in some key areas. 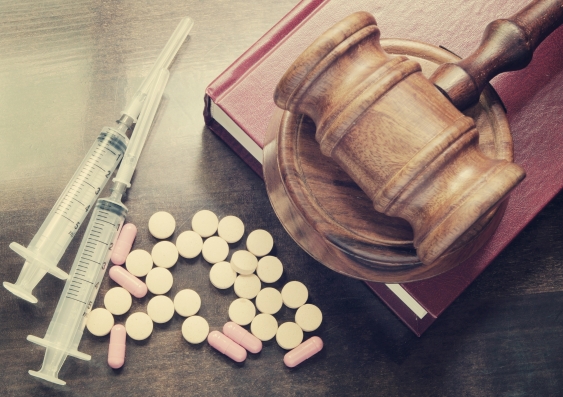 OPINION The results of a major drug law inquiry were tabled in the Victorian parliament this week. The landmark final report contains 50 recommendations for reform to Victoria’s drug laws and policies.

Many of the proposals for reform, if implemented, have the potential to improve social, economic and other outcomes for people who use drugs.  In this sense, the report is a welcome step forward. But the report falls short in some areas, especially for prisoners.

Moving away from a criminal justice approach

The report recommends a “reorientation” of Victoria’s drug law and policy. This would involve a move away from viewing drug use as a criminal law problem, and toward viewing it as a social and health policy matter.

A common theme throughout the report is the need to tackle blood-borne viruses (BBVs) – especially hepatitis C and HIV – among people who use drugs.

Several of the recommendations are targeted measures that have the real potential to reduce BBV transmission.

Why is there a focus on BBV transmission and prevention?

Approximately 200,000 Australians live with hepatitis C. Around 90% of these are people who inject drugs. Hepatitis C can be associated with a range of significant health problems, including chronic fatigue, depression, cirrhosis and liver cancer.

People who inject drugs may acquire BBVs when they share needles or other injecting equipment with a person who has the virus.

Australia has been at the forefront of BBV prevention over many decades, especially through its nationwide network of Needle and Syringe Programs (NSPs). People who inject drugs have access to free and low cost injecting equipment through NSPs.

Sharing of used equipment is driven by issues relating to access, not demand. Some people do not use NSPs, whether through fear, stigma, lack of knowledge, or because they find services inconvenient to access.

If additional sterile injecting equipment is distributed within the community, when and where it is needed, the rate of blood-borne transmissions will fall. If people who inject drugs could pass on sterile equipment to those who do not access services, this could tackle the service gap and prevent BBV transmissions.

However, passing on sterile equipment – a practice known widely in the community as “peer distribution” – is currently a criminal offence.

The Victorian report recommends that the law be changed to allow peers to distribute needles and other clean injecting equipment. This is a simple, straightforward measure that has the potential to directly reduce BBV transmission, especially if it is accompanied by measures to expand NSP coverage.

The report also recommends that coverage and access be improved through a range of measures, including public hospitals and more automatic dispensing machines.

Victoria would be following the lead of other jurisdictions, including Tasmania and the ACT, which have recently lifted their bans on peer distribution.

The ACT reforms were based in part on our own research. We argued that the prohibition on peer distribution was unnecessary and outdated, was out of step with current practice, and at odds with Australia’s National Drug Strategy and focus on harm reduction.

We also argued that if the prohibition were lifted, it would help reduce the spread of BBVs such as hepatitis C and HIV. Indeed, these laws were introduced even before hepatitis C had been isolated.

No elimination without decriminalisation and other reforms

Importantly, since our research into the prohibition on peer distribution was published, new drugs (direct acting anti-virals) for the treatment of hepatitis C have appeared. These have been heralded as revolutionary, with the potential to cure hepatitis C. These medicines have now been added to Australia’s Pharmaceutical Benefits Scheme.

However, elimination programs must be implemented with primary prevention. Although these medicines are promising, there is a risk that efforts to control new infections may be undermined if complementary harm reduction strategies are not available.

Indeed, advocates have argued there can be “no elimination without decriminalisation” and other reforms. This is especially the case where there are legal barriers to the roll out of prevention programs such as peer distribution.

If Victoria does finally end the ban on peer distribution, there will be pressure on other states, including NSW and Queensland, to follow. There is a growing momentum for reform, made more urgent by the possibility that doing nothing will undermine the roll-out of direct acting anti-virals.

Prison reforms also must be considered

We were disappointed the report did not recommend reforms within Victorian prisons that would help to minimise the risk of BBV transmission.

The reality is that drug use does occur in Victorian prisons. Prisons have even been called an “incubator” for BBVs and in-prison acquisition of hepatitis C has been documented.

We had hoped the report would include a recommendation for Australia’s first-ever prison NSP. The failure to establish a prison NSP not only undermines attempts to eliminate hepatitis C in Australia, but arguably breaches the Mandela Rules – a set of international principles that require prisoners receive the same standard of health care as those in the wider community.

The Victorian report includes a recommendation to “monitor” the situation in prisons, and defer some of these issues to an advisory body. We remain hopeful the advisory body will consider prison reforms alongside the other welcome recommendations in the report.

Without them, there is a risk of inequitable and inconsistent approaches to BBV transmission across the state – and the country – at a time when consistency is urgently needed.

Australia leads the world in hepatitis C treatment – what’s behind its success?