As a Federal Government productivity review calls for better teaching in schools, an expert panel will discuss the links between disadvantage and educational achievement at a free public event at UNSW on 30 October. 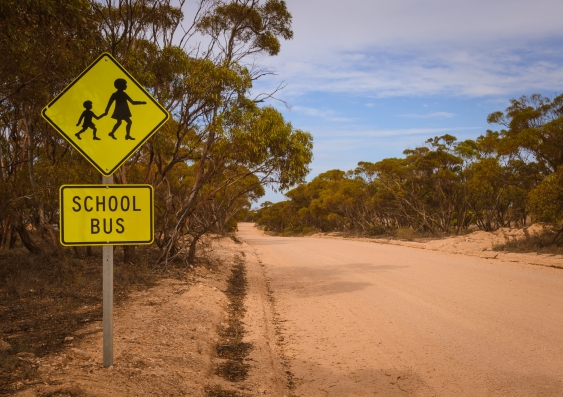 The link between low levels of achievement and educational disadvantage are clear. Photo: Shutterstock.

How do we attract more girls to STEM subjects? What are the best ways to help troubled schools? And how can we champion the learning needs of disadvantaged children?

These are some of the questions that will be addressed by education experts from government, politics and higher education in a free public event at UNSW Sydney next week, presented by UNSW Arts & Social Sciences as part of its Says Who? series.

The panel comes on the heels of the release of the Federal Government’s five-year productivity review which, among other things, found signs Australia’s school system is not functioning well. It called on state governments to use the best possible teaching methods and employ high-quality, well‑trained teachers.

Facilitated by Sydney Morning Herald Education Editor Alexandra Smith, four panellists will tackle some of the most concerning trends in Australian education, including the link between low levels of achievement and educational disadvantage.

The panel includes Honorary Professor of Practice at UNSW Sydney’s School of Education and Director of the University’s newly founded Gonski Institute for Education, Adrian Piccoli, who served as the NSW Minister for Education for six years until January this year.

Mr Piccoli will be joined by Lakemba Labor Member and Shadow Minister for Education Jihad Dib, recognised in 2011 as the P&C NSW Secondary Principal of the Year for his work as principal of Punchbowl Boys’ High School.

Liliana Mularczyk, OAM, will also join the panel. The Director of Secondary Education for the NSW Department of Education has held senior roles in NSW high schools in challenging environments, and was a founding member of a regional professional curriculum association network that subsequently developed across NSW.

The fourth member of the panel is Professor Mary O’Kane AC, NSW Chief Scientist & Engineer and a strong advocate for attracting more girls to STEM subjects. Professor O’Kane was Vice-Chancellor and Rector of the University of Adelaide from 1996-2001.

AI in the classroom: the good, the bad and the black box