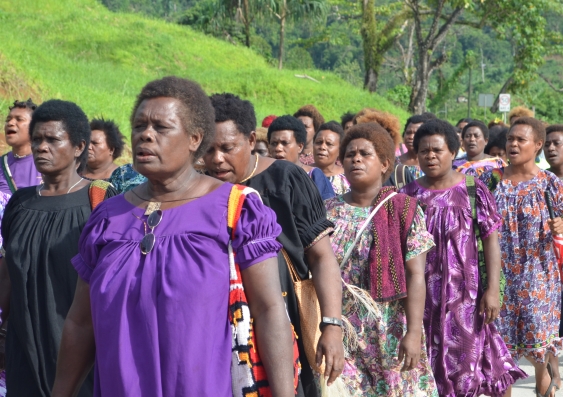 Ruth had always been diligent and reliable at work. The 40-year-old mother of two had missed a few days, but her Port Moresby employer was willing to turn a blind eye. After all, they knew Ruth was in a physically abusive relationship and some days they suspected she was simply incapable of coming to work. They didn’t want to lose her.

But when her partner brought the violence to her workplace, threatening Ruth and other staff she stopped coming in altogether. She was soon replaced.

Stories like Ruth’s are commonplace in Papua New Guinea, where humanitarian aid group Médecins Sans Frontières has described the prevalence of family and sexual violence as a public health crisis. More than half of PNG’s women experience marital rape and 68% will be beaten at home, according to the country’s health minister.

It’s not uncommon for abusive spouses or other family members to follow women to work, wielding machetes and knives. A recent survey found 94% of PNG businesses were affected by such violence, but until now little has been done.

“Many businesses know instinctively they are not getting it right, and this is hurting their business,” writes Amy Luinstra, senior operations officer for Gender for East Asia and the Pacific at International Finance Corporation (IFC), a member of the World Bank.

Using seed funding from the Australian Government, IFC recently teamed up with PNG’s business community to launch the Business Coalition for Women, a group focused on empowering women in the workplace.

Business Coalition members include Australian firms operating in PNG, such as Origin Energy and Westpac Bank PNG, and a wide selection of domestic firms. Several recently took part in UNSW-led research aimed at creating the country’s first culturally appropriate and gender-sensitive workplace policy to address family and sexual violence. The Model Policy on Family and Sexual Violence will be implemented by a trial group of companies later this year. 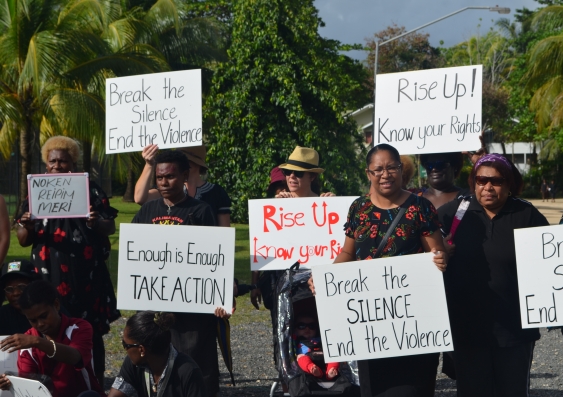 “There is enormous interest and goodwill from employers,” says Associate Professor Jan Breckenridge, one of the authors of the strategy and co-convener of UNSW’s Gendered Violence Research Network (GVRN).

“Those involved said this was the first initiative that really took into account the PNG context and made sense to them,” says Breckenridge. The UNSW team worked closely with the PNG Pacific Adventist University and government agencies and service providers to get the cultural context right. It is based on a review of best practice around the world and draws on key principles from UNSW’s own workplace program Safe at Home, Safe at Work (see box opposite).

UNSW’s Shabnam Hameed was senior researcher on the PNG project: “What touched me most was the people’s resilience and the fact they wanted to help,” says Ms Hameed, who went to PNG twice last year and who has also worked in Timor-Leste and Australia in the fields of domestic and family violence, and social protection.

“This PNG work is definitely the most interesting and important I’ve done – both for individuals and the community at large,” she says.

The initiative comes at a critical juncture for PNG: the parliament recently passed legislation aimed at addressing family and sexual violence. The laws, which came into force last year, criminalise domestic violence, strengthen protection orders and direct police to pursue all reports of violence.

“The government has passed legislation but what we are doing is more targeted,” Hameed says. The new policy includes a suite of measures that can be tailored to each workplace, such as contact teams at work and information for staff about how to inform authorities, negotiate leave and plan a safer work environment. 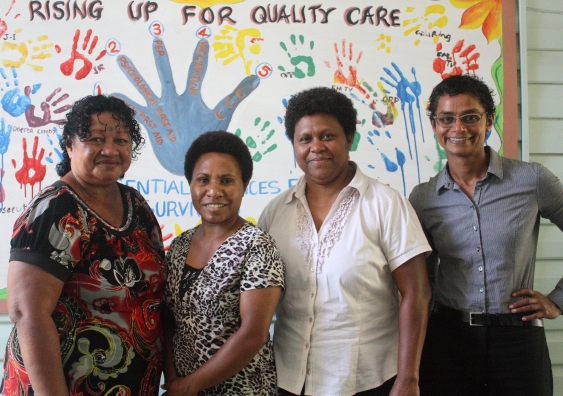 To succeed, the project will have to counter entrenched scepticism about the ability and will of PNG’s law enforcement to tackle family and sexual violence. One employer told a focus group that “police are not responsive” and it was futile contacting them with concerns “unless it’s a policeman you know personally”.

Making the situation even more difficult is a culture of silence around violence and a fear of discrimination.

If the pilots go well, the strategies could be adopted by as many as 54 members of the PNG Business Coalition for Women.

Paula Bennett, manager of research and development at UNSW’s GVRN, is hopeful the work can be replicated around the world: “While this project is focused on PNG, the research has global significance because it provides a developing country perspective which informs international good practice.”

The research attracted significant interest when it was presented at the Inaugural Asia-Pacific Conference on Gendered Violence and Violations at UNSW in February. Among the high-profile speakers at the event were Professor Rashida Manjoo, the UN Special Rapporteur on Violence against Women, its causes and consequences, and Australia’s Ambassador for Women and Girls, Natasha Stott Despoja. Australian Human Rights Commissioner, Gillian Triggs, also contributed via video.

During her keynote address, Manjoo called for the adoption of a binding international instrument on violence against women and girls, with its own monitoring body.

“The lack of accountability at national, regional and international levels, has resulted in a culture of impunity for crimes against women, and this in turn has led to the normalisation of violence against women in many societies.

At the end of the three-day conference, the 330 delegates from 20 countries – including PNG – unanimously passed a resolution calling for the United Nations to address the gap in the international human rights legal framework.

Back in PNG, the legislative gap is all too clear, according to Manjoo, who visited the country in 2012. Despite the recent changes, the Constitution lacks a specific definition of discrimination and there is resistance to legislation for the equal participation of women in public and political life.

The UNSW-led work could go some way towards addressing women’s participation by highlighting the implications of failing to support women who experience violence, says the IFC’s Luinstra.

Business Coalition for Women chairwoman Lesieli Taviri sees change more generally for female workers: “[The Coalition] is the private sector standing up and saying we realise there are further economic opportunities for empowering women. The real question is, is this country prepared to settle for half the potential it has to offer?” 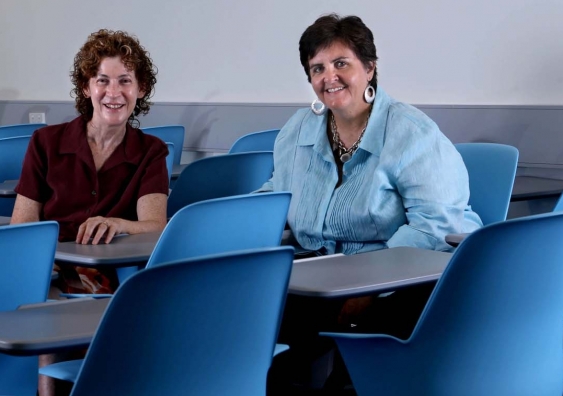 Anyone can be the subject of gendered violence, but women and children are overwhelmingly affected, says Associate Professor Jan Breckenridge.

“Our applied research focus is the common thread in our work,” says Breckenridge of the network, which has been operating for a little more than a year and succeeds the Centre for Gender-Related Violence Studies. That approach means engaging with key communities, especially service providers and the individuals and families using them.

The network’s fellow convenor, UNSW Law’s Associate Professor Annie Cossins, says the group’s strength comes from its diversity: “We offer a unique interdisciplinary perspective. The network enables social workers, social scientists, criminologists, lawyers and others to meet and explore the reasons behind, and solutions to, gendered violence”.

One of the network’s best-known initiatives is Safe at Home, Safe at Work. This globally pioneering program has raised awareness of the link between domestic violence and the workplace, and prompted the introduction of domestic violence entitlements in industrial awards and agreements.

Around 1.6 million Australians are now covered by these workplace provisions. UNSW was one of the first supporters of the scheme along with other major employers including National Australia Bank, Queensland Rail, the NSW public service and the Tasmanian Government.

The University has adopted some of the initiative’s recommendations and has also committed to developing further policy in this area.