Given the Joint Strike Fighter's litany of delays and technical problems and suggestions its superiority has already been superceded by autonomous aircraft, it would be prudent for Defence to reduce the number it plans to procure, writes Jai Galliott. 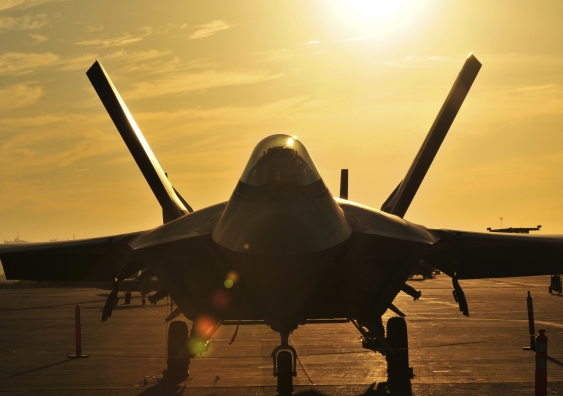 OPINION: It should come as no surprise that the first rule of gun fighting is that one should "never bring a knife to a gun fight". Bring a gun, instead. Preferably a big one.

That said, to what extent is the F-35 a knife or a gun in future air combat? That is exactly what the Senate is trying determine with its recently-launched inquiry into the acquisition of the  Joint Strike Fighter.

Designed to conduct lethal strikes on air and ground targets without being detected by radar, the F-35 is often said to be the smartest and most complex fighter jet on the planet, but its development has been beset by delays and cost overruns, thanks to technical issues concerning everything from its driveshaft through to its stealth coating, which peels off at high speed.

Advocates of the F-35 originally stated that investment in the aircraft was equivalent to buying the biggest gun at the gun shop and necessary to keep Australia at the top of the regional air combat pecking order, while ensuring that our forces remain fully interoperable​ with key US strike aircraft for the foreseeable future. However, recent leaks from pilots within the test program and analysis of enemy capability suggest that the aircraft will not ensure that Australia has air superiority over the likes of China, India and Russia into the future, all whom have or are testing what will arguably be more robust – albeit less stealthy – fighter jets.

The government needs to consider the next generation of warfare and the fact that our enemies are already deploying highly sophisticated drone technology.

With this in mind, and the fact that Australia already has air superiority over its more immediate regional neighbours, it is not clear whether Australia needs the capability to fight with the US against a major power in such an integrated but conventional fashion, especially when it comes at such great expense. Indeed, it is not even obvious that we need a human in the loop (that is, a pilot in the cockpit) in the age of robot wars and cyber attacks. In this sense, bringing the manned F-35 to an unmanned war is essentially the modern equivalent of bring a knife to a gun fight, and a blunt one at that.

While it is true that despite heavy international investment in unmanned aircraft systems, the associated technologies and software algorithms have not yet progressed to a point such that any remotely or autonomously operated fighter jet can manoeuvre and react to fast-changing dynamics in a combat environment anywhere near as effectively as an aircraft such as the F-22 Raptor, the margin of improvement offered by an aircraft like the F-35 over a purpose-built combat drone does not seem to represent a good return on investment or the sort of value for money that the Australian people expect in times of relative austerity.

Given the problems that plague new acquisition programs and the length of time it can take to fix them, the government needs to consider the next generation of warfare and the fact that our enemies are already deploying highly sophisticated drone technology. It ought to consider whether the Australian Defence Force has the right balance between piloted, optionally piloted, remotely piloted and even automatically piloted (autonomous) systems planned for the future ADF force structure.

It would be prudent for Defence to reduce the number of F-35s it plans to procure, along with other high-end conventional assets. More generally, it could decrease the life cycle of existing legacy platforms to reflect their declining utility in the modern battlespace, and move forward their unmanned and more technologically advanced replacements in order to avoid consequences that could affect its role in the international order for decades to come. A small number of cost-effective JAS-39E Gripen​ multi-role fighters, manufactured by Saab in Sweden, could fill any capability gap until new systems come online.

If we can be assured of updates and revisions aimed at furthering autonomous operation, the purchase of a small number of F-35s could turn an otherwise blunt knife into a gun.

But none of this is to suggest that Australia should follow Canada's lead under the new Trudeau government, having effectively exited the program at an estimated cost of US$11 billion in lost parts manufacturing contracts. While the sunk costs and manufacturing losses would be far less in Australia's case, if the government can be assured of updates and revisions aimed at furthering autonomous operation, the purchase of a small number of F-35s could turn an otherwise blunt knife into a gun without frustrating allies by increasing individual unit prices too significantly.

Lockheed Martin has not yet officially confirmed the development of a pilotless or optionally piloted version of the F-35, but reports suggest that plans for an unmanned variant have existed for some time now, with F-35 programmers having long ago confirmed that the fly-by-wire functionality was designed-in as inherent feature for later exploitation in the design of an unmanned model.

Such options should be thoroughly investigated with Lockheed and a view toward exploring potential technical problems such as the lag time between commands and their execution, and the impact that removing the human from the F-35 design would have on flight characteristics. Lockheed would not be the only company to have converted an outdated platform for unmanned operation, with Boeing having already successfully converted several F-16 fighter jets into drones, despite being less amenable to automated operation due to their age.

Killer robots maybe not be such bad news in modern warfare