What's been largely lost in the heated debate over fee deregulation is the urgency of the financial situation facing our universities, writes Vice-Chancellor Professor Fred Hilmer. 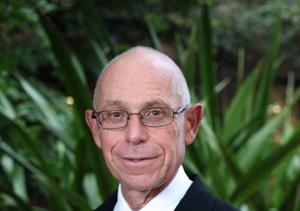 OPINION: Any vice-chancellor proposing that undergraduates pay more towards the cost of their university education is not expecting to win a popularity contest with students, their parents or the federal government.

So why are a number of vice-chancellors urging the government to at least consider a limited form of fee deregulation? Don't we care about our students? Are we simply being greedy?

No, we are being realistic. What's been largely lost in the heated debate over fee deregulation is the urgency of the financial situation facing our universities. Revenue is simply failing to keep pace with costs, as evidenced by the number of universities now engaged in redundancy programs in an effort to reduce spending.

For decades universities have been underfunded and increasingly reliant on income from international students to close the gap. The soaring dollar and increased competition from other countries have put this revenue at risk. At the same time costs including wages are increasing at more than 4 per cent, while government funding is indexed at 3.8 per cent. In these circumstances my own university, UNSW, could face accumulated operating losses of more than $90 million over the next three years. Other universities are in a similar situation.

Above anything else, vice-chancellors want to continue to deliver a high quality education for as many Australians as possible. We aspire to exactly the same kind of future the government is imagining in aiming to educate 40 per cent of Australians to bachelor's degree level by 2025. We understand the critical role of education and innovation in a knowledge economy and the dire risk to our national economic future if Australia's universities fall behind.

But how do we pay for this radical expansion in higher education? Just keeping pace with the demand for new technology puts a huge strain on available resources. At UNSW we are engaged in a $60 million upgrade of our online student system and expect to spend more than $20 million on new learning and teaching technologies.

With current levels of funding inadequate and no sustainable funding model into the future, universities will inevitably face a detrimental blowout in staff- student ratios, delays in renewing ageing infrastructure and increased workload stress on our academics. Given that research funding also fails to meet costs, our capacity for innovation and our international competitiveness can only be undermined.

So what some vice-chancellors are now suggesting is limited deregulation of undergraduate student fees. My proposal is that universities be able to charge a higher student contribution for selected “premium” degrees, such as medicine, law, engineering and business, which qualify graduates for well paid professional careers.

This is consistent with the values that have underpinned higher education since the introduction of HECS in 1989 – that as higher education confers not only a public but a private benefit, students should contribute to its cost. This proposal takes it one step further – the higher the potential private benefit, the higher the student contribution. Remember that under HECS-HELP, repayments are only made when a certain income threshold is reached, and are proportionate to income. And equity measures, such as scholarships to cover living costs, would further protect students from lower socio economic groups.

The Tertiary Education Minister, Chris Evans, says the “evidence is in” that higher fees would discourage students, particularly those from disadvantaged backgrounds, from accessing higher education.

I challenge that claim. The contribution made by students through the HECS-HELP system has steadily increased while participation rates have also been rising. The recent Grattan Institute report found that prior school performance, not student charges, explains differences in higher education attainment and more specifically, that given HECS-HELP, people from lower socio-economic backgrounds are not deterred by tuition charges.

Australia's mass higher education targets are laudable. Ours is a nation built on opportunity. But, without being privy to any Treasury modelling that may have been done, it is difficult to imagine how we can support such growth. Last year, the government's Base Funding Review noted that although the real value of the Commonwealth's contribution per student has increased since 2003, it remains well below the 1994 level. This long squeeze has, the review noted, resulted in significant productivity gains at universities, well in excess of national averages. Like the earlier Bradley report, it recommended higher funding per student, to improve quality and to protect national productivity and economic growth.

There is no fat left to trim. If a significant and sustainable growth in government funding is not forthcoming we must put all our options on the table and engage in a meaningful debate. Otherwise, our only choice is damaging cost cuts which will undermine the very quality education we are seeking to expand. If fee deregulation isn't the answer, then it's time the government told us what is.

Professor Fred Hilmer is UNSW Vice-Chancellor and chairman of the Group of Eight (Go8).