Opinion Female circumcision: why bans are no panacea

Responses to female circumcision need to consider its relationship with the cultures of initiation and conceptions of womanhood in countries like Sudan, a UNSW academic says. 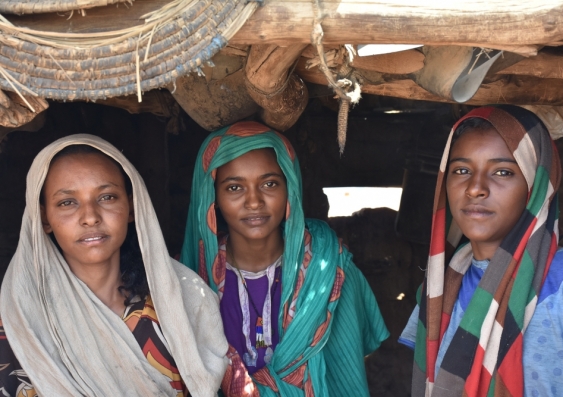 On 13 July 2020, Sudan’s transitional government made a major announcement about female circumcision. Not only will the government ban the practice, but it will mandate prison terms for those who perform it. Hailed by the international community as a major step forward and a victory for women’s and girls’ rights, this move appears to be a ‘no brainer’ in the fight to produce better health outcomes in places where female genital cutting is prevalent.

However, closer inspection reveals a more complex story. Post-revolution, the government of Sudan must signal its non-Islamist, pro-human rights credentials to the West, or risk the loss of donor support. Balancing on an economic precipice and struggling to remove itself from the State Sponsors of Terrorism list (SST), the government must act quickly or face a highly uncertain future.

Signing this law into force, it therefore stakes out a position without addressing the reasons why the practice has persisted in its communities. As a result, far from bringing about the desired change for women, it may ultimately just drive the practice underground.

Female circumcision affects an estimated 87 per cent of females in Sudan according to the United Nations. The practice – which involves cutting and removing the labia and clitoris of women and the restitching the genitalia through a process called infibulation – usually provokes outrage and heated debate whenever it is mentioned.

For those who advocate for women’s rights, the term Female Genital Mutilation (FGM) is often used to convey the barbarity of the operation and the negative effects it has on physiology of the women involved. The damage to women’s bodies is well documented: painful sex, lack of orgasm, growth of cysts and the need to cut open stitching at the time of birth. Those who are recut as they go into labour may also experience fistula caused by traditional birth attendants who at the point of delivery inadvertently cut into the urinary tract, rather than the vaginal stitching.

The problems brought about by female circumcision are loudly articulated, but all too often there is rather less reflection about what it means to be a woman of colour and to be told that your body is ‘mutilated’. Even less attention is paid to the complex cultures of initiation and adulthood that create these practices as a rite of passage.

The act of labelling bodies as ‘mutilated’ and non-conforming contains within it not only the psychological trauma of devaluing what womanhood means to certain cultures, but also promotes the objectification of African female bodies as sites of concern, intervention and even sideshow curiosity. This gaze has a long and painful history (consider the ‘Hottentot Venus’ as a case, in point).

The problems brought about by female circumcision are loudly articulated, but all too often there is rather less reflection about what it means to be a woman of colour and to be told that your body is ‘mutilated’.

In Sudan, circumcision is a rite of passage to womanhood, in much the same way as the month-long seclusion and complex rituals that males undergo for circumcision rites in many parts of Africa. But reinfibulation (restitching) after birth also embodies a status change: it creates the personhood of ‘mother’ and returns the woman to her family and partner in an elevated status and revirginised form.

These practices are highly celebrated in ways similar to remarriage and for many women are hugely symbolic. Dismissing this experience and labelling centuries-long practices as ‘barbaric’ just reproduces mechanisms of othering and control that are all too familiar on the African continent. Perhaps more importantly, these labels do little to change the dynamics at play.

Making a change in this situation needs a much deeper engagement with the communities involved. This is especially the case in Sudan, where the act of circumcision is nested within a complex set of beliefs about a woman’s body and its role in a larger cosmology, ideas about enclosure and purity, religious beliefs, beliefs about marriage and virginity, ideas about tradition and modernity and last, but certainly not least, concerns about economic life and survival.

Perhaps not surprisingly, in Egypt, where similar practices exist, bans have singularly failed to reduce the prevalence of female circumcision. Outlawed in 2008 and criminalised in 2016, the practice has still continued unabated with 90 per cent of women – particularly those in rural conservative areas – still undergoing the practice.

Indicators that the situation might not be that different in Sudan, are not difficult to find. In diaspora, where circumcision is illegal, women are often deeply traumatised when they give birth and are told that they cannot be reinfibulated by hospitals in the West. Fearful that their genitalia might be unappealing to their partners and worried about their status, many make the journey back to Sudan to complete the process and post-birth celebrations.

Inside Sudan, in internally displaced person’s camps which are managed by international aid providers, girls who have moved away from the traditional mores of their village and engage in sex before marriage, now find a much more dangerous way to protect their ‘sexual worth’ and the value of their virginity. Injecting themselves with silicone as a way to recreate a hymen for their wedding night, they now expose themselves to a potentially dangerous carcinogen instead.

To be clear, this article is not some sort of apologist agenda for female circumcision, which is undoubtedly harmful. It does, however, highlight the complexities of this problem and the fact that cultural tracks run deep.

Like many ‘problems’ in Africa, female circumcision is bound up in the society and a set of practices that reflect the difficulties of gender relations and the harshness of everyday life. Consequently, megaphone advocacy will not help in its eradication. Neither will legal bans, unless they simultaneously address the root causes and hardships that create this situation in the first place.