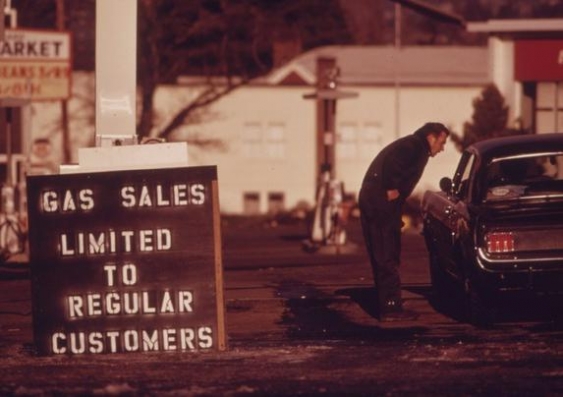 The International Energy Agency was set up to avoid a repeat of the 1973 oil crisis - but four decades later the rules need updating. David Falconer/US Library of Congress/Wikimedia Commons

OPINION: Next week, Brisbane hosts the final meeting of the G20 Energy Sustainability Working Group before the main G20 summit in November. Government officials and energy experts from 20 of the most powerful countries in the world, including the United States and China, will sit down to discuss how the world governs energy. It might not sound like a barbeque stopper, but these discussions will help to determine what our future looks like.

This is not just because the energy sector accounts for two-thirds of global greenhouse gas emissions, the main cause of climate change, but because it affects every part of our lives. The fuels we use to power our homes; the type of cars we drive; the fate of our coal, oil and gas industries over the coming decades – all are issues that will be shaped by global energy policy.

You might think that we already have a set of rules that govern world energy markets, and you would be right. The problem is that they have not kept pace with the transformations in energy markets that are now happening ever more rapidly.

The United States, once the largest energy consumer, and dependent on Middle Eastern oil, could be on track for energy self-sufficiency through its revolution in unconventional oil and gas. This will have repercussions not just for global geopolitics, but also for the price of oil and gas around the world.

The result is that energy markets are no longer dominated by a small band of rich countries in Europe and North America. Instead, they are quickly being reconfigured by the growing demand for energy from Asia and the Middle East. Yet the rules we have in place were designed when the world of energy was dominated by that small band of countries either side of the North Atlantic.

The International Energy Agency (IEA), the most prominent international organisation which governs global energy, was established in 1974 by the world’s largest oil consumers in response to the oil shocks of the early 1970s.

But it was created at a time when China was a net oil exporter, human-induced climate change was not on the radar, and “The Loco-motion” was at the top of the US Billboard charts. Today, 4 of the top 10 energy-consuming nations, representing 40% of the world’s population – China, India, Brazil and Russia – are not members of the IEA.

As a result, there is a major disconnect between the developed countries and these emerging economies. This limits the potential for cooperation not only on traditional issues such as oil emergency plans, given that some of the largest oil consumers now sit outside the IEA, but it also limits cooperation on clean energy policies.

You can’t keep running the same show when the cast has changed. Not only will the show look old, but those that are left off stage won’t stay quiet for long.

To extend the metaphor still further, the G20 is the only theatre where the whole cast gets to be on stage. It features the United States, Europe and Japan, who designed the old rules, as well as China, India and Brazil, who must be part of writing the new ones.

The rules they come up with will be critical to our future. As the former Chinese Premier Wen Jiabao said in 2012, the G20 should ensure that the rules are “secure, stable and sustainable”.

Here are some suggestions:

First, global energy rules must ensure that all governments have secure access to stable energy supplies for their people and their economy.

Second, these rules must work to alleviate energy poverty, which is widespread and persistent. Around 1.4 billion people lack basic access to electricity, which compounds the problem of poverty in many parts of the world.

Finally, global energy policy needs to promote sustainability. Climate change is ultimately an energy issue, and if the world is to address the problem it must transform the sector of the economy that has done the most to change the climate: the energy sector.

While climate change should certainly be on the G20 agenda, especially given the seriousness with which global leaders treat the issue, global energy policy must also reflect the reality of a warming world.

No small challenge. But with the right cast on stage, the G20 might just begin to write a script that provides some positive news for the next discussion around the barbeque.