At a time when public conversation is defined by appeals to hyper emotion and facts don’t matter, we need Mahatma Gandhi more than ever, says award-winning Indian journalist Shoma Chaudhury. 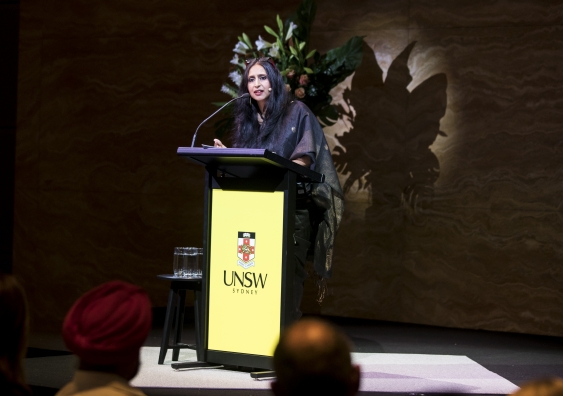 Indian independence leader Mahatma Gandhi’s calls for a redefinition of power and for direct and active citizenship are more significant than ever in today’s world where self-interest, not self-awareness, rules, according to Indian journalist and commentator Shoma Chaudhury.

Delivering UNSW Sydney’s 2018 Gandhi Oration, The Significance of Gandhi in a Post-Truth-World, Chaudhury said Gandhi was not just a saviour of the past, he offered a diagnosis of the present and was a prophet for the future.

“One of Gandhi’s most profound and far-reaching political contributions – I would say inventions – was not merely non-violence and passive resistance, but the idea of placing and privileging the individual self at the heart of all political enterprise and public life,” said Chaudhury.

“He did not just set out to take on – or take down – autocratic power ... he did not set out to merely change the location of power, he set out to transform the nature of it. The tool of that transformation was ... the greatest change agent of all: the ordinary individual moral self.”

The annual oration at UNSW commemorates India’s Martyrs’ Day, the anniversary of Gandhi’s assassination on 30 January 1948, and is delivered by a person whose life work exemplifies Gandhian ideals.

Chaudhury has been an outspoken critic of journalism standards in India and has written extensively on the need for social equity and justice. She was managing editor and one of the founders of Tehelka, an investigative public interest news magazine in India. She also founded and was the editor-in-chief of digital news platform CatchNews, and co-founded and was director of THiNK, a cutting-edge thought leadership forum.

In her Gandhi Oration, Chaudhury said people were feeling the impacts and depravity of the “post-truth” phenomenon all around them – “the noise, the paranoia, the sense of a world gone mad. We have entered an era when meaning itself is endangered”.

She said the most visible manifestation of the demagoguery of the post-truth world was US President Donald Trump. 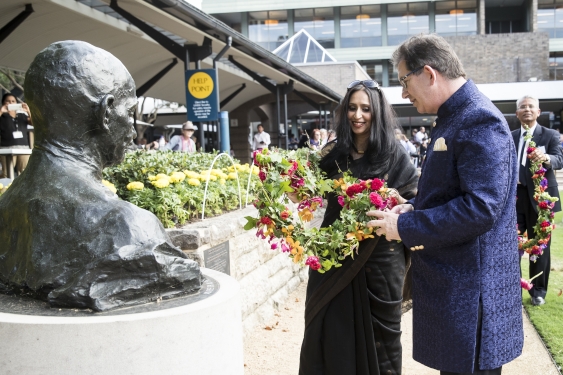 “But he is only the symptom: every country is affected by this; we are all individually affected by it ... This is a world where facts and evidence have no value, where climate change can disappear; where walls can be built between Mexico and America and Mexico can be made to pay for it.”

In a world buffeted by autocratic regimes and shocking political excess, democracies needed to be aware of being lulled into complacency, Chaudhury warned, re-committing to equality, humaneness and individual freedom.