Young adults who live at home well into adulthood still rely on their mothers to do housework, new research has found 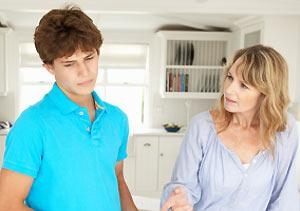 Young adults who live at home into adulthood still rely on their mothers to do housework, new research has found.

Associate Professor Lyn Craig and Dr Abigail Powell from UNSW’s Social Policy Research Centre compared the domestic work of 5512 young people and adults aged 15-34 living at home with that of their parents, using household data from the Australian Bureau of Statistics Time Use Surveys (1992, 1997 and 2006).

The study, which builds on Associate Professor Craig’s previous research, also found an uneven distribution of domestic tasks between young men and women living with their parents.

“We know that housework is unevenly distributed between parents but these results show that the gender division of labour is trickling down to the next generation,” she said.

The findings will be presented at the Australian Women’s and Gender Studies Biennial Conference at UNSW.

Overall the research found that young people’s participation in domestic work is low and does not displace the time spent by parents on these activities.

''You might think as the children get older they would make a more equal contribution to housework, cleaning, cooking and washing, but it's really not the case,'' she told Fairfax media.

''It does seem to be a sticky problem. You would hope for more signs of change which are sadly not really there.''