The Green's position on defence is untainted by an appreciation of the serious threats facing Australia, writes Alan Dupont. 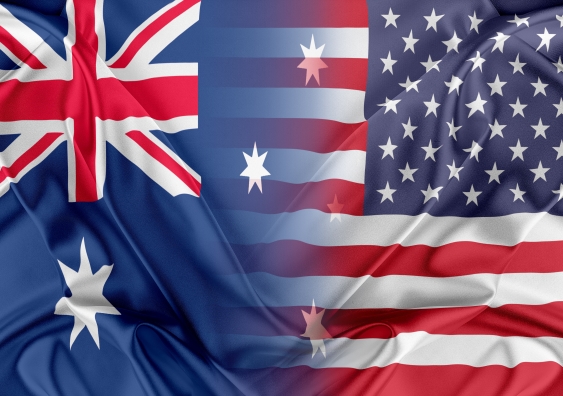 OPINION: The Greens’ aspiration to become a mainstream political party was underlined last week by leader Richard Di Natale’s foray into defence and foreign policy, an area which is unfamiliar terrain for a party that began life as an environmental protest movement.

The sympathetic Left predictably applauded Di Natale’s sentiments but offered little in the way of supporting arguments for his speech to the Lowy Institute, which challenged many of the ­established tenets of Australian defence and foreign policy. The Right also failed to seriously engage with Di Natale’s arguments. The Daily Telegraph dismissed his speech as the ramblings of the ‘‘loony Greens’’.

But it’s time to take the Greens’ policy positions more seriously and subject them to the same level of scrutiny as those of the ­Coalition and Labor. The Greens are no longer a fringe party, having already shared power with Labor.

Di Natale thinks the Greens have a realistic chance of winning up to eight lower house seats over the next two elections.

The party could conceivably hold the balance of power if the election is close, or there is a hung parliament. Their numbers in the Senate will make it difficult for government legislation to be passed without the Greens’ endorsement. And their views on defence and foreign policy resonate with the Left of the Labor Party and progressives more broadly.

Di Natale’s Lowy speech, when read in conjunction with long-standing policy listed under Peace and Non-Violence on the Greens’ web page, is a prescription for a far more fundamental shift of defence and foreign policy than he allows, or Australians are likely to accept. Strong on idealism and feel-good rhetoric, Di Natale fails to make a convincing case for the policy ­positions he advocates, many of which are contradictory, poorly thought through and untainted by strategic realities or an appreciation of the complexity and seriousness of the threats Australia faces.

Consciously channelling maverick former Liberal prime minister, Malcolm Fraser, Di Natale is highly critical of the US alliance, contending that by consistently backing Washington, Australia is complicit in the “horrible consequences” of US foreign policy.

Like all countries, the US has undoubtedly made foreign policy mistakes. But a balanced assessment of US foreign policy over the course of the alliance’s 65-year history must surely include its many successes and the overwhelmingly positive contribution the US has made to global economic growth, political stability and democracy. That is why most Asians want the US in, not out of, the region and why 80 per cent of Australians continue to support the alliance.

Di Natale ignores the alliance’s many strategic virtues. Australia would be a vastly more insecure nation without the US alliance. It remains a powerful deterrent against military attack not least because of the US nuclear umbrella, a reality that Greens reject because of their ideological aversion to all things nuclear. The ­alliance also gives us privileged, bargain-basement access to world leading US intelligence and defence technology, and enhances our capacity to shape US policy on vital Australian defence and foreign policy interests.

That’s a pretty impressive package compared with the Greens’ alternative of non-alignment. In a fractious world, where conflict and strategic competition are on the rise, there is no substitute for a robust defence relationship with the world’s leading military power.

As ardent, but uncritical, multilateralists, the Greens need to understand that the UN does not have a reliable track record of protecting the sovereignty of threatened states or effectively responding to aggression. Nor is the UN purer than the driven snow. Highly credible allegations of child rapes and sexual exploitation by UN peace keepers in ­Africa is a tip of the iceberg problem for the organisation.

Di Natale has tried to soften the Greens’ barely disguised anti-Americanism by insisting that he is calling only for a “conversation” aimed at “redefining” the alliance, not abolition. But the speech reads more like a repudiation than a redefinition. Critically, he fails to explain how redefining the alliance is consistent with the long-standing Greens position that Australia should have a non-aligned foreign policy which, by definition, means eschewing formal alliances altogether.

And how would a substantial reduction in defence spending translate into greater self-reliance? Surely self-reliance would require more defence spending, not less, since we would no longer have access to heavily discounted US intelligence, defence technology or military assets. Unless, of course, the Greens are prepared to sacrifice national security on the altar of social and environmental policy, which appears to be their real agenda.

Although he claims to support the modernisation of defence capabilities, Di Natale wants to reallocate resources on defence to other, presumably more worthy, areas of expenditure like health, education and the environment. Worrying that Australia is joining a regional arms race, he decries the spending of “enormous sums of money” to maintain the alliance and advocates cancelling already signed contracts for the F-35 Joint Strike Fighter and halving our future submarine force.

But the amount of money Australia spends on defence is hardly “enormous”. It falls just below the globally accepted aspirational standard of 2 per cent of GDP for a developed country. Only four years ago, defence spending had dropped to its lowest level since 1938.

Running a populist butter versus guns argument is trite and facile. We need to properly fund defence, as well as health, education and the environment. They are not mutually exclusive. Let’s not forget, however, that Australia already spends a far greater proportion of government revenue on social security, health and education than defence.

As many countries have discovered to their cost, you can’t have prosperity and social development without adequate security. Slashing major defence projects without a compelling strategic rationale would be highly ­irresponsible at any time, let alone during a period of heightened tensions between the major powers and the rise of a host of destabilising transnational threats, most of which are notable for their absence in the Greens’ defence and foreign policy musings.

Alan Dupont is adjunct professor of International Security at UNSW and a nonresident fellow at the Lowy Institute.