Olympic athletes play an important role within the sport-for-development agenda. But because they both inspire and lead, coaches may be better placed to assume that mantle, write Andrew Bennie and Nicholas Apoifis. 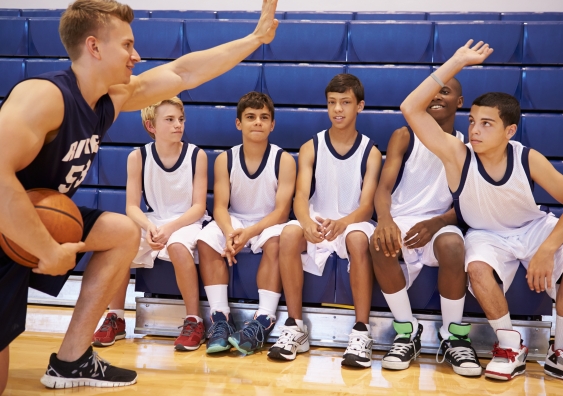 Olympic athletes play an important role within this sport-for-development agenda, promoting the Olympic ideals of fairness and social equality and encouraging wider sports participation across the community.

But despite these lofty goals, huge investment in elite sport has done little to overcome the social inequality that impacts the life expectancy, health, and social outcomes of people in many communities across the globe.

And researchers have begun to raise doubts about sport’s role in overcoming disadvantage and marginalisation. While sport may have a place in the development agenda, it’s not clear that athletes – as role models – are able to drive change.

One of the arguments against using sport to solve problems in development contexts is that it promotes only one type of role model: the successful athlete. Athlete role models can influence the lives of young people with their talent, messages about healthy and active living and continuing education.

The IOC has, for instance, handpicked 12 Olympic athletes to serve as role models for competitors at the 2016 Winter Youth Olympic Games. These athletes will be focusing “on areas such as skills development, … environment and social responsibility, and Olympism.”

But young athletes are often thrust into being role models at a time where they may not be ready to take on this responsibility. And research shows that “only 10 percent of elite athletes have been inspired by other elite athletes … to start with their current sport” and even fewer might inspire young people to live as “model” citizens.

Coaches are often viewed as positive role models and mentors for their players, working behind the scenes to bring teams to victory, supporting them in their defeat and sharing in the joy of participating.

This is not to say that coaches are immune to poor behaviour. They could be overly competitive, for instance, prone to criticising athletes, and may overlook unsportsmanlike conduct such as doping.

But our research with Aboriginal coaches in Australia shows that coaching has the potential to play a significant role in shaping an individual and community’s identity, culture, and knowledge.

Many of the coaches we spoke to embraced their leadership role and used it to engage in broader forms of social and community development. Off the field, they were involved in the lives of players, alongside actively promoting positive messages about healthy living, social responsibility and education.

It’s disappointing, then, that coaches have largely been excluded from the narrative about sport and social development.

Many people could rattle off names of athletes who have succeeded at Olympic and Paralympic Games. But if asked to make a similar list of coaches involved in the thees Games, they would probably struggle.

Although they often work behind the scenes and are less likely than athletes to become household names, Australia has a number of notable Olympic coaches whose contributions to sport and society have been recognised.

Marlene Matthews won bronze in the 1956 Melbourne Olympic Games in the 100m and 200m events, and later set a world record (10.3 seconds) for the 100 yard sprint. After retiring, Matthews started her own athletics club, before being appointed athletics coach with the Rothmans Sports Foundation, where she was responsible for the then newly formed Australian Track and Field Coaches Association.

Matthews was a pioneer. She forged a path for future generations of female sport coaches and administrators, defiantly protecting her right to be a coach “and not in the kitchen” in a field where “being a man was virtually a pre-requisite to success”.

Coombs went on to captain and coach the Australian wheelchair basketball team at the 1998 Goodwill Games. He has been an ambassador for the National Indigenous Strategy for Literacy and Numeracy and received an OA for his service to sport and the community.

Coaches lead as well as inspire; they can play a direct role in shaping the life choices of their athletes. The promotion of Olympic and Paralympic coaches as role models for aspiring athletes and future leaders (both within and beyond sport) could be a powerful vehicle for change.

They show how involvement in sport can lead to so much more than athletic success.

Our research, and other work like it, shows how coaches can be key agents of change for delivering important messages espoused by the IOC about education, physical health and mental well-being.

Nicholas Apoifis is a Lecturer in Politics & International Relations, UNSW.