Of the four people central to secondary school students’ learning and achievement: the student, the parent (or carer), the teacher, and the peers, without question the most influential is the student, writes Andrew Martin. 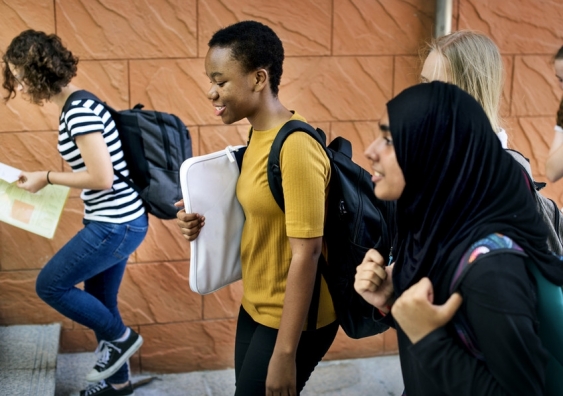 The role of parents and carers in high school students’ learning and achievement is critical. Rawpixel.com/Shutterstock

How can parents best help their children with their schooling without actually doing it for them? This article is part of our series on Parents’ Role in Education, focusing on how best to support learning from early childhood to Year 12.

OPINION: There are four people central to secondary school students’ learning and achievement: the student, the parent (or carer), the teacher, and the peers. Without question, the most influential of these is the student themselves.

It is the student who must engage in class, do homework, complete assignments, study, and sit exams. My research shows the next two most influential people are parents and teachers. While I have previously discussed the role of teachers, there is also much to be said regarding the role of parents and parenting.

Parents influence secondary school outcomes in numerous ways, including providing or arranging for help, encouraging the child, valuing effort and education, and creating a home environment conducive to study.

During secondary school, students will move through different stages of adolescence. Over this time they will experience enormous social, physical, emotional, and cognitive changes. In addition to the major academic task of completing school, students also have the major developmental task of establishing their autonomy, self-responsibility, and self-directedness. Meanwhile, parents will need to maintain a delicate balance between providing support as needed and “letting go” as needed.

Overall, it is the “authoritative” parenting style that is linked to positive academic outcomes. Adolescents are best able to establish their autonomy, self-responsibility, and self-directedness when they are raised in a secure and predictable environment.

Undoubtedly, they will push and exceed the boundaries, but that and its consequences are part of the development of their identity and understanding the social “norms” to which they will be held to account in adulthood.

When to support and when to let go

The line separating each parenting style can be blurry. As young people move into later adolescence, the “optimal” style will tend to slide between “authoritative” and “permissive”.

There will be times when it is appropriate to let go and even allow the child to “fail”. In other situations, however, rules and routines must be observed and consequences administered if not. This may be because “failing” would present too much of a risk to the young person’s wellbeing.

Knowing when to let go also depends on the individual teenager. For example, there are some students with learning challenges that necessitate relatively more support, structure, and routine.

Some of my recent research, for instance, has focused on students with ADHD. These students experience significant executive function deficits (for example, planning, organisation and working memory) that impede their academic development. As a result of these challenges, I found these students were significantly less likely to complete schoolwork and significantly more likely to be suspended, expelled, change schools, or repeat a grade. These students therefore benefit from relatively more parental involvement and support than other students.

Making the most of your child’s strengths and abilities

Effective teachers will take the time to understand their students so they understand who they are teaching and how to optimise their academic outcomes. They will differentiate and individualise instruction to make the most of each student’s attributes.

Similarly, parents who can understand and accept their adolescent’s temperament, abilities, strengths, weaknesses, and interests, are in a far better position to know when and how to support them. They will also more accurately know when and how to let go as necessary.

Indeed, social researchers have suggested we have some key needs that are critical to be met for our optimal functioning. One of these - the need to be taken seriously - is considered paramount, as is the importance of feeling understood and accepted by others.

Adolescents place high value on being taken seriously, feeling understood, and feeling accepted. Parents who strive to understand and accept their child are in a terrific position to provide tailored support as it’s needed. This is also the basis for a good relationship and an adolescent’s further growth and personal development.

Given adolescents’ drive for autonomy, it is natural for them to push back from parents and overstep boundaries. How parents respond to this is critical. Under-reaching or over-reaching is often undesirable. When the chips are down, I often ask parents to identify what they consider “minimally acceptable” to them and seek a compromise around this.

For example, a parent might want four hours study each weeknight leading up to Year 12 exams, but if the child is doing nothing, then two hours each night is an improvement. Not only are these two hours a potential basis for three hours down the track, but the parent has kept the lines of communication open, along with the likelihood of future compromise and negotiation.

Adolescence is a time when a young person and their parent are figuring themselves and each other out. It is not easy and the journey will vary from family to family. Becoming autonomous, self-responsible, and self-directed will not happen at the last minute at the end of high school. Rather, it is a long game and to play it well, the parenting style will need to adjust over the course of high school and in response to the individual attributes of the adolescent.

Andrew Martin is a Scientia Professor and Professor of Educational Psychology at UNSW.