We need to look at what's behind arguments for and against drug testing welfare recipients to avoid repeating the same debate, over and over. 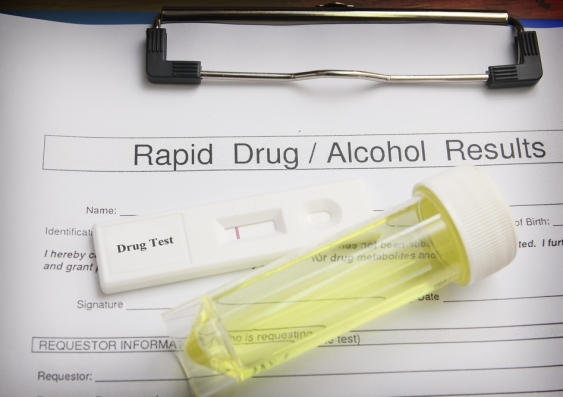 The proposal to drug test welfare recipients keeps on bouncing back. The most recent attempt, announced last week, is now the third proposal since 2017.

But the tenacity with which the government is pursuing this agenda reflects, not necessarily a fixed policy position, but rather a moral stance. And this moral stance conflicts with that of the proposals’ critics.

Are we doomed to countless repeats of the same policy proposal? Or, as the Australian Social Policy Conference heard in Sydney this week, can we use philosophical arguments to help break the deadlock?

Why are we seeing a similar policy proposal again, the third in recent years?.

These proposals are examples of welfare conditionality. In other words, welfare participants need to meet certain conditions or behave in certain ways to receive their payments.

Drug testing welfare recipients was originally proposed in 2017, failed to get support, then proposed again in 2018 and stalled in the Senate.

This third attempt has only very minor changes from the original two versions: additional testing for heroin and cocaine, and the removal of the requirement for welfare recipients to pay for positive test results.

These changes are part of the proposal to randomly drug test 5,000 new recipients of Newstart and Youth Allowance at three sites in NSW, Qld and WA. A positive drug test would lead to 24 months of income management.

Another positive test would lead to a medical assessment, and where indicated, rehabilitation, counselling or ongoing drug tests.

Contractualism says the relationship between citizens and the state should be based on reciprocal agreement, with mutual obligations. In other words, people who receive income support should be subject to conditions.

Paternalism enables those conditions to be ones where someone is protected from the consequences of their own poor decision-making (such as taking an illicit drug).

And this is morally justifiable in the communitarian sense of the importance of community solidarity and social cohesion. In other words, the collective good — however this may be defined but in this particular case the integrity of the social security system — is greater than any individual freedoms or rights to privacy, such as drug-taking. This communitarianism position does seem at odds with the government’s approach to individualism and freedoms in other areas.

The community has the right to expect that taxpayer funded welfare payments are not being used to fund drug addiction.

Combining these three positions appears to give the proposal to drug test welfare recipients an unassailable moral foundation.

What do the critics say?

Critics of the proposals have outlined their concerns about drug testing welfare recipients in Senate submissions, and in the media.

Concerns have included the lack of evidence supporting a relationship between drug use and employment, not enough drug treatment programs, the costs associated with the proposal, and the view that it is punitive and discriminatory.

While proponents of drug testing welfare recipients argue from the moral positions of contractualism, paternalism and communitarianism, critics come from a different philosophical standpoint.

Their arguments are largely focused on using evidence to argue the potential harms to testing outweigh the benefits. Philosophically speaking, this would be a consequentialist, utilitarian moral position.

Opponents also argue (for example, see submission 28) the proposal infringes human rights, which all Australians have a right to receive. This includes the right to social security, privacy, an adequate standard of living, and the right to equality and non-discrimination.

This can be seen in comments such as the following from the Greens’ Adam Bandt, also from 2018:

You don’t lift people out of poverty by taking away their rights.

And the following from Senate submissions:

There is no evidence drug testing of welfare recipients either improves employment outcomes or reduces harms associated with drug taking.

How could we shift the debate?

The proponents and the opponents effectively slide past each other given these fundamentally different moral positions. For example, no matter how much empirical data shows the harms outweigh the benefits (utilitarianism), the contractualism view does not see this as relevant.

It seems proposals to drug test welfare recipients may be here to stay unless there is a shift in the moral frames.

This may mean the critics need to mount effective arguments against paternalism, contractualism and communitarianism.

For example, for paternalism to be ethical, we need to show it can be justified and can actually help someone. This is highly questionable with the drug testing proposal.

We can also argue whether the conditions for contractualism are met. Contractualism is built on the premise of fair reciprocity by both parties (both parties are entering into the “mutual obligation” contract as equals). Given the structural inequality experienced by people with drug problems (such as unequal access to education or health services) the conditions for fair reciprocity may not be met.

If critics are willing to tackle the moral underpinnings of the recent proposals, we may be able to speak to policy makers in a language (and philosophy) they understand. This is essential if we are to block this unjust and discriminatory policy.