Opinion Human rights in 2018 – Ten issues that made headlines

The issues that captured the world’s attention this year show the struggle to secure human rights is far from over. 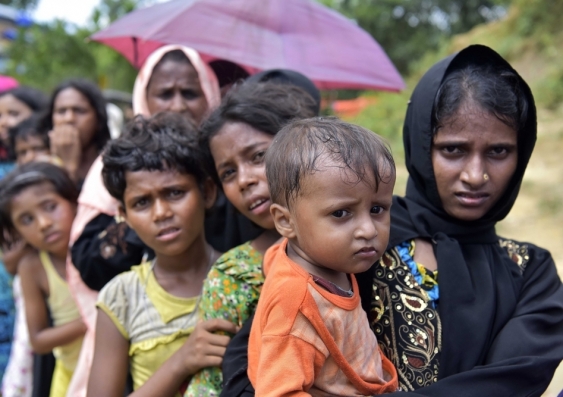 Myanmar's minority Rohingya people wait in a queue for a tram after crossing into Bangladesh. Image from Shutterstock

On December 10, the world marks 70 years since the adoption of the Universal Declaration of Human Rights. Regrettably, instead of the anniversary signalling the enduring impact of human rights, some are fearing the “end of human rights”. Here we highlight some of the rights challenges that captured the world’s attention this year, illustrating the struggle to secure human rights is far from over.

Australia took its place on the UN Human Rights Council this year for a three-year term. Australia delivered a strong statement about Myanmar’s atrocities against ethnic Rohingya Muslims, but was criticised for holding refugees and asylum seekers offshore. While Australia supported important country resolutions, it failed to take a leadership role on any key issues.

The US faced international condemnation when it quit the Human Rights Council, calling it a “protector of human rights abusers and a cesspool of political bias”. The US has long complained of the council’s perceived bias against Israel. But, by withdrawing, the US decreased its options for confronting and addressing human rights violators. This increases the responsibility of governments like Australia’s to ensure the council addresses the world’s most serious human rights violations.

In Australia, while the #MeToo movement has spurred women to come forward with their experiences of sexual harassment and abuse, a number of high-profile cases of alleged sexual harassment by actors and politicians highlighted ongoing barriers to justice for victims. At the same time, the #countingdeadwomen femicide index reports that one woman in Australia is killed every week by an intimate partner.

Free speech, privacy and electoral integrity came under the microscope in March, when a former employee of Cambridge Analytica blew the whistle on its practice of harvesting data from millions of US Facebook users in an effort to influence the 2016 presidential elections.

Cambridge Analytica was also investigated in the UK for a possible role in the Brexit referendum.

There is also growing criticism of Facebook for not doing enough to stop its use to spread hate speech. For example, in Myanmar it has been used as a tool to incite violence against Rohingya.

The UN Human Rights Council, in response, created a mechanism to collect and preserve evidence to aid future prosecutions for atrocity crimes in Myanmar. Australia joined other Western nations in imposing targeted sanctions on military officers named in the UN report. While the Australian government maintains an arms embargo on Myanmar, our defence forces continue to provide training to the Myanmar military.

6. Crackdown against Turkic Muslims in Xinjiang

Turkic Muslims in China’s northwestern Xinjiang region have long faced repression. In 2018, Human Rights Watch and others reported an escalation in this repression with the government detaining 1 million people in political re-education camps, with evidence of their torture and mistreatment. Muslims not detained still face pervasive controls on freedom of movement and religion. The Foreign Affairs Department revealed under parliamentary questioning that three Australians were detained in the camps.

Saudi Arabia made international headlines when a prominent journalist, Jamal Khashoggi, was murdered in the Saudi consulate in Istanbul. The case prompted a closer examination of Saudi Arabia’s human rights record. The country’s repression, imprisonment and ill-treatment of activists includes the alleged torture of leading women’s rights defenders. 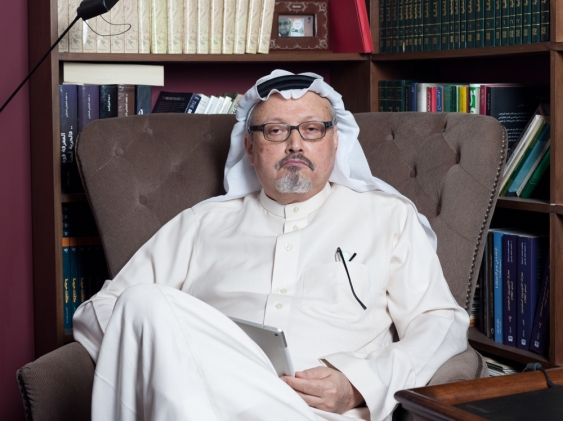 Washington Post journalist Jamal Khashoggi was brutally killed inside the Saudi Arabia consulate in Istanbul in October. Image from Shutterstock

In Yemen, the Saudi-led coalition has committed many violations of international humanitarian law, including apparent war crimes, killing thousands of civilians. Millions of Yemenis are confronting a famine, in part because of restrictions on aid delivery. Yet the USA, UK, France and Australia sell the Saudi government weapons and military equipment that may well contribute to its Yemen campaign.

Australia’s government appeared to respond to the “Kids Off Nauru” campaign launched by civil society groups, medical professionals and lawyers. December figures show ten refugee children remain on the island, down from 119 children in August.

Mounting political pressure forced the government to remove children who had been transferred there in 2013 and 2014, though many were removed from Nauru only after legal proceedings were started. But the departure of families makes the situation even more desperate for the adults left behind. And those transferred to Australia are told they will not remain permanently, keeping them in limbo.

9. One year since the Uluru statement

Indigenous communities have fought hard throughout 2018 to have the federal government focus on the Uluru Statement from the Heart, after the Turnbull government dismissed it out of hand in 2017.

The statement calls for a constitutionally enshrined “First Nations Voice” in parliament and the establishment of a Makarrata Commission to supervise agreement-making between governments and First Nations, and facilitate truth-telling of First Nations’ histories. These steps were seen as laying the foundation for a treaty with Australia’s First Nations peoples. A 2018 parliamentary committee endorsed the need for a voice in parliament and has called for a process of co-design between Indigenous people and government appointees.

One year on from the breakthrough on marriage equality, the parliamentary year ended with Australia’s politicians unable to find a way to remove legislative exemptions allowing religious schools to discriminate against LGBTI pupils and teachers.

Advocates and the Labor opposition rejected government amendments that sought to stop schools being able to exclude students on the basis of their sexual orientation, gender identity, or sex characteristics, but would also allow them to enforce rules in line with their religious teachings.