Significantly more gay and bisexual men are using HIV pre-exposure prophylaxis (PrEP) due to increased confidence in the benefits of HIV treatment for prevention. 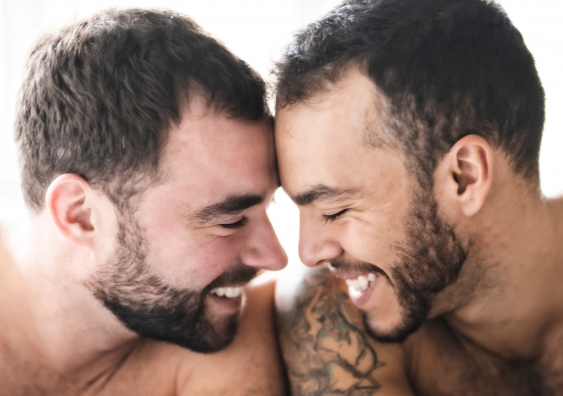 The number of gay and bisexual men using PrEP to prevent HIV infection has almost doubled in the last two years.

The number of gay and bisexual men using PrEP to prevent HIV infection has almost doubled in the last two years, according to the latest report from the PrEPARE Project.

The PrEP users surveyed reported positive experiences of using the drug, with the majority reporting reduced concern about HIV and increased sexual pleasure as a result. They also reported fewer concerns about disclosing PrEP use to others.

The study’s senior investigator, Professor Martin Holt from UNSW’s Centre for Social Research in Health (CSRH), says that while this change is encouraging, it demonstrates the ongoing challenges in educating gay and bisexual men about the benefits of HIV treatment as prevention.

The PrEPARE surveys have consistently found that HIV-positive men have higher levels of belief in treatment as prevention compared with HIV-negative and untested men.

Professor Holt says: "We believe that getting the message out there that HIV treatment prevents transmission, particularly to HIV-negative and untested men, is essential in addressing the stigma and discrimination experienced by people living with HIV."

The PrEPARE Project also found changing attitudes toward PrEP. Nearly all men in the 2019 survey had heard of PrEP, and three-quarters of participants knew someone who was taking it. Among HIV-negative and untested men who had never used PrEP (just over half of the sample in 2019), willingness to use PrEP was stable at 32% while concern about using it was expressed by 46%.

"It is possible that some men who may benefit from PrEP, but who have held back from engaging with it, need greater reassurance that PrEP is effective and acceptable," says Professor Holt.

Adjunct Associate Professor Darryl O’Donnell, CEO of the Australian Federation of AIDS Organisations, a partner in the project, says: "PrEP is highly effective at preventing HIV and increasing numbers of gay and bisexual men are successfully using it. The rapid uptake of PrEP is helping to drive down rates of HIV. Education is essential to ensure all who can benefit from PrEP are aware of its availability."

Read the 2019 survey report by the Centre for Social Research in Health.

The PrEPARE Project is a repeated, cross-sectional study of Australian gay and bisexual men’s attitudes to biomedical HIV prevention, particularly pre-exposure prophylaxis (PrEP) and HIV treatment as prevention. The study was first conducted in 2011 and has been repeated every two years. The main method of data collection is a national online survey of Australian gay and bisexual men. 1220 men participated in the 2019 round. The study website can be seen at https://prepareproject.org.au/

Let’s talk about sex … in the age of PrEP