A senate report released this week shows the root cause of violence, neglect and abuse of people with disability begins with the devaluing of their lives, writes Leanne Dowse. 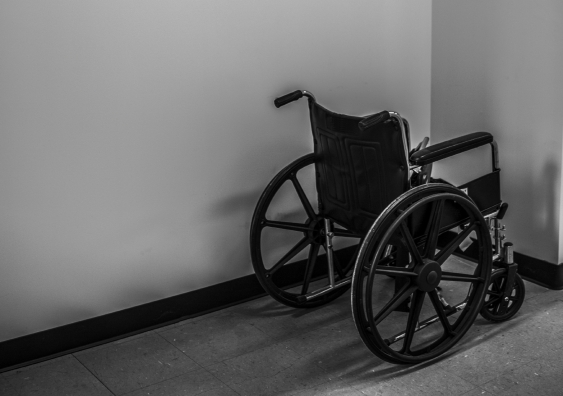 OPINION: A Senate report released this week details the stark reality of violence and abuse of people with disabilities across Australia.

The report shows the root cause of violence, neglect and abuse of people with disability begins with the devaluing of their lives. It points to the effects of this devaluing in all spheres including legal, justice, regulatory, policy and services.

Almost exactly a year ago, Jules Anderson talked publicly on Four Corners about the horrific abuse she had suffered at the Yooralla disability service. Others also spoke out, and the program asked: is it only Yooralla?

The inquiry report says clearly that it isn’t.The evidence compiled shows that abuse of people with disability is widespread, entrenched and rarely has consequences for the perpetrators.

Until we end the assumptions that people with disability are deficient and dependent, the power differentials that underpin disability violence and abuse will remain.

Senator Claire Moore, a member of the inquiry committee, highlighted the extent of the problem in parliament. The inquiry, she said, heard:

… about the horror – and there is no other word to describe it – of the abuse not just individually but systemically and across the country, abuse on those who are most vulnerable, abuse on those whose voices have not been able to be heard before.

Key among the Senate inquiry recommendations are calls for a royal commission, an increase in advocacy services, changes to disability workforce regulation and training, and better data collection.

The report recommends a national register for disability workers, regular criminal checks, a list of excluded workers and a mandatory reporting regime. This follows revelations about workers being able to move from state to state without previous reports of abuse being available.

Also recommended is a review of worker qualifications and a move to more rights-based training.

To ensure a strong system of oversight, the report calls for a national watchdog and a mechanism for safe reporting when violence happens.

The committee highlighted the need for nationally comprehensive and consistent data collection and asked the Australian Bureau of Statistics to include all people with disabilities, such as those in non-private dwellings, in all of its surveys.

Underpinned by the pervasive de-valuing of people with disability, violence and abuse have been able to thrive.

Evidence presented to the inquiry captures examples of the systematic sexual abuse of residents by staff in disability accommodation settings.

In such settings, violence and abuse often appear in the form of rough handling by under-trained and overwhelmed staff. It’s also perpetrated in the unauthorised use of medication to manage “challenging behaviour” – behaviour that often arises as a result of “challenging environments”.

Violence perpetrated by co-residents who may be incompatible can be a significant issue in these settings. This is precipitated by the dire shortage of accommodation options for people with intellectual disability.

However, the system is poorly equipped to identify and respond to these issues and practices.

There is no uniform definition or even consensus as to what constitutes violence and abuse in Australia. While definitions tend to focus on “domestic” or “family” violence, these largely exclude forms of violence that are commonly experienced by people with disabilities such as denial of mobility and communication devices, withholding of food or medication or threats of institutionalisation.

This means we are currently unable to capture the extent, nature, causes and impact of violence and abuse.

In the policy sphere, there is no coherent framework to address disability violence and to implement safeguards. These gaps are even more stark for women and Indigenous Australians.

Women with disabilities, for instance, often face situations of violence and abuse by their intimate partners, who also provide their care. These unique relationships of dependency often mean these women have very limited options for pathways to safety.

Indigenous women with disabilities make up a significant proportion of our female prison population. Almost universally, these women have experienced long-term sexual abuse and violence. Yet their needs for support and safety are obscured by their status as offenders.

Justice for people with disability

The poor practice in disability services, inadequate responses and low levels of safeguarding have enabled the widespread and endemic violence and abuse recognised in the inquiry report.

Disability and a good life – what does it take?