Opinion It's hard to make money in aged care, and that's part of the problem

Amid concerns about their quality of care, aged care providers are getting bigger or getting out. 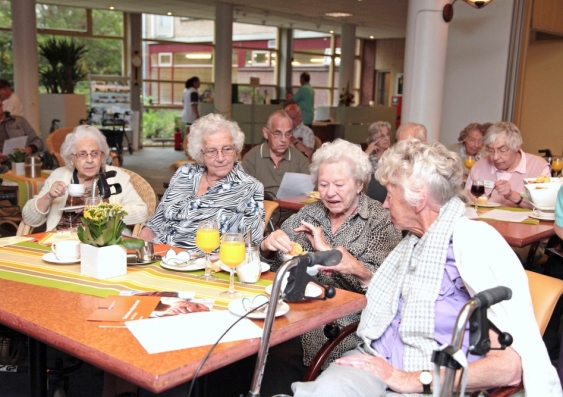 Prime Minister Scott Morrison announced a Royal Commission into Aged Care Quality and Safety on Sunday, responding to concerns about the sector one day before an ABC Four Corners program which was to air them.

Aged care is where the challenges of population ageing are most apparent and where policy choices have direct impact on the lives of Australians.

So, it’s not surprising that the system is under increasing scrutiny. Various reviews have looked at different aspects of aged care since 2011 when major reforms were first ushered in, including into quality, public financing, workforce, and the overall progress of reforms.

The outcomes all point to similar conclusions. Responding to the needs of older, often vulnerable, Australians is an extremely complex business. But it is also one in which making money is tough. The danger is that a combination of cost pressures, profit incentives, and inadequate oversight encourage or force providers to cut corners.

Most funding for aged care comes from government. Direct government expenditure on the overall system was about A$17 billion in 2016-17, with A$12 billion going to residential care.

The users of residential care topped this up with A$4.5 billion of their own money, via regulated fees that are capped for users who pass a generous means test.

But costs of care are high. Providers spend more than A$11 billion on staff, yet those staff aren’t highly paid. This is in part because they are mainly females, who face an unremitting gender pay gap.

The pause that hurt

The Aged Care Financing Authority reports that profits are climbing over the long term but are precarious year-to-year.

The residential industry saw profits fall by 4% to 5% in 2016-17, partly because of a pause and then a scaling back of the indexation of government funding.

Although one quarter of residential care providers made losses in 2016-17, two thirds continued to record profits.

The tighter funding was justified as a measure to drive efficiency, but it provided further impetus to the longer term trend of big providers to merging with or taking over the small ones. While the number of care places has climbed 8% in four years, the number of providers has shrunk 13%.

One reason why unprofitable providers remain in the market is because they are, by definition, not-for-profit. So the system relies heavily on good will. While still dominant, they have lost share to private, for-profit providers, some of which have the advantage of economies of scale or capital ownership structures that allow them to pay less tax.

While some of those listed on the Australian Securities Exchange saw drops in their share prices in recent years, the sharp declines when the Royal Commission was announced may reflect investor concern about the risk of greater scrutiny of the relationship between their profits and quality of care.

It will be open to the Royal Commission to examine how these trends are affecting the quality of care.

The government influences the quality of care in other ways that might attract the interest of the Royal Commission. It sets standards and helps design the incentives that discipline the market.

The standards cover indicators including management, the health and personal care of residents, resident lifestyle, and resident safety. They have been enforced by initial accreditation, subsequent re-accreditation, self-reporting, the examination of complaints and (until recently) pre-announced visits.

In 2017 the government announced a move to unannounced visits after evidence suggesting that some were “staged” in order to present the centre “in the best possible light”.

In July 2018 the government began charging for unannounced visits, raising what it expects to be A$10 million a year.

Consumers can themselves apply market pressure on poor performers, and it is increasingly possible through a move to so-called consumer directed care, where care recipients or their carers are given a budget and the ability to decide how to spend it. If one provider turns out to deliver poor services, they can switch and spend their money elsewhere.

But the transaction cost of switching can be high. The process isn’t easy for users experiencing cognitive decline and there’s not always another centre or service to switch to.

The Royal Commission will expose much. For providers, it will be an opportunity to examine their operations to ensure that efficiencies and profits don’t come at the cost of quality. For government, it will be a chance to examine how its funding mechanism, regulations, enforcement and market design are working out in practice.