Sexism, misogyny and deeply personal nasty comments have no place in the parliaments of our nation where a tone of respect and civility ought to prevail, writes Cheryl Kernot. 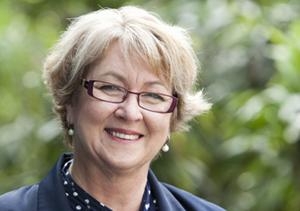 OPINION: Peter Slipper has resigned. The sexist text messages mentioning female genitalia published as part of a civil court case were suddenly the bridge too far for Her Majesty’s Opposition.

But the Opposition Leader standing in front of “Ditch the Witch”, and “Bob Brown’s bitch” placards at rallies remains fine. As does saying Australia must “make an honest politician of this Prime Minister” with its calculated dog whistling reminder that Julia Gillard lives in a de facto relationship. This on top of years of “deliberately barren” and repeated references to Lady Macbeth aimed to invoke fears of “ambitious” women; that women should not seize power.

These are not isolated blunderings any more than it is likely that Peter Slipper started sending such text messages only after he became Speaker, not so many months ago and never once in all his years of National-Liberal representation.

Wherever they originate, these sexist comments are part of a deep-seated misogyny running through some sections of our population. That’s a not-so-surprising reality. Women in positions of political leadership are often a challenge to the ingrained cultural, sexist assumptions that in order to be considered competent, female elected representatives also have to pass the good housekeeping seal of approval: a good mother, a good cook, a great family organiser and juggler of competing commitments. The happy family photo as a political accessory, and definitely no empty fruit bowls.

Former Democrat Leader Janine Haines told me before I was elected to expect to be asked regularly, as she was, “Who’s minding your children?” Her answer: “No-one is minding them; they are with their father. They’re his children, too.”

Female politicians are judged as women first and politicians second. For men it’s always the opposite. Thus we get no reference to unbridled Lady Macbeth ambition when Tony Abbott and Kevin Andrews pull a leadership challenge on Malcolm Turnbull (defeating him by one vote), or Kevin Rudd on Kim Beazley, or Paul Keating on Bob Hawke (a sitting Prime Minister), or Alexander Downer on John Hewson. That’s just political business as usual. No problem with legitimacy in any of these examples.

And when it’s not overtly sexist it’s deeply, nastily personal. Many journalists agree that this is currently at a level not seen before. Did this tone start with Liberal MP Wilson Tuckey’s reference in parliament to the name of the woman in Paul Keating’s breach of promise case? I suspect so and it has escalated.

In 2012 this coincides with the anonymity of social media, which unchallenged gives permission to use abusive terms such as “lying scrag” and “old cow” more widely. No male Prime Minister has had this level of deeply personal abuse aimed at him. And no male mining executive has had his “big arse” discussed on a national television panel.

Tony Abbott said recently: “I sometimes regret the deeply personal tone that creeps into some of our political debate. As far as is humanly possible I have tried to avoid that nasty personal tone”.

So much so that in the debate to have the Speaker removed he said “another day of shame for a government which should already have died of shame". A disgraceful echo of Alan Jones' recent words about Julia Gillard’s father. That’s the Tony Abbott many women vehemently dislike.

Sexism, misogyny and deeply personal nasty comments have no place in the parliaments of our nation where a tone of respect and civility ought to prevail.

And that includes respect for the office of Prime Minister – broken or “core and non-core” promises notwithstanding. Yesterday, it was time for the Prime Minister to confront the orchestrated sexist attacks on her. And she did so. Impressively.

With crocodile tears the Opposition berates the damage that’s been done to the parliament (which includes much more than these specific text messages). In my view the damage has its origins in the Liberal-National coalition members’ and supporters’ refusal to accept the outcome of the last election. A denial of the reality that the cumulative sum of everyone’s equal vote cast democratically was a hung Parliament. Ever since, tactics have been aimed at “wrecking the joint” procedurally and in its tone.

Judgement is not gender specific. I don’t support some of Julia Gillard’s judgement calls, but equally I do not expect Julia Gillard to stop being a politician who happens to also be a woman.

Cheryl Kernot is the Director of Social Business at the Centre for Social Impact, UNSW.

The short-lived feminism of Tony Abbott