Opinion The Lance Bomb has blown, but is doping really cheating?

We need to move on from saying “drugs are bad” and start looking at new ways of dealing with drugs in sport, argues Jason Mazanov. 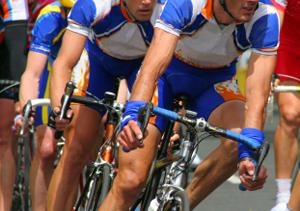 OPINION: Should Lance Armstrong lose his seven Tour de France titles for doping, as is being proposed by the US Anti-doping Agency (USADA)?

It’s an issue that puts the UCI – the international cycling union – and Tour de France organisers in a very awkward position. To move the issue from being a “witch hunt” of Lance Armstrong to being about protecting the integrity of sport from doping, they need to go through every team that raced to find the first clean winner.

If estimates made by Tyler Hamilton – a former teammate of Armstrong and confessed doper – are accurate, 75-80% of the peloton was doping through the period in question (1999-2005). And given the Tour de France field is normally more than 180-strong, it might be the first legitimate winner came in 87th!

If that many cyclists were doping, it could be argued that Le Tour, across the Armstrong era – 1999 to 2005 – was, to some extent, being raced on a level playing field.

It seems that many cyclists in that era were getting some kind of performance edge from a cocktail of drugs, including human growth hormone, cortisone and, of course, EPO. It is naive to think that Armstrong’s US Postal team was the only team with this kind of set-up.

On this basis, even if Armstrong was doped to the eyeballs, he was still first among equals and therefore won those titles on the same basis as any “clean” competition.

The impacts of the Lance Bomb are further-reaching than just Le Tour. The case raises questions about whether anti-doping can ever work. The prohibition approach to doping has been criticised from day one as being doomed to failure. It seems the Lance Bomb shows no matter how much money is poured into anti-doping, athletes can and do get away with doping during competition – even if they are caught retrospectively.

It’s time to think of alternative ways of handling drugs in sport.

As it currently stands, the way we manage drugs in sport is all about protecting the integrity of sport rather than the integrity of, say, athletes or kids. There has been much talk about taking away the current model under which some drugs are allowed and some are banned, and setting up a system that sees drugs used safely rather than misused or abused.

Is it more important to stop a bunch of elite athletes from medically-supervised EPO use or stopping a bunch of teens risking caffeine toxicity from chugging a couple of energy drinks before they play footy?

We need to move on from saying “drugs are bad” and start looking at new ways of dealing with drugs in sport. Criminalising illicit drugs in wider society has failed – criminalising doping is likely to end the same way.

So what are the alternatives?

The first point to consider is whether the athletes really are the centre of all doping. US Postal needed a big team of support personnel to do this; indeed any doping enterprise does. Former World Anti-Doping Agency (WADA) president Dick Pound spoke to the UCI president (1991-2005) Hein Verbruggen about the ticking Lance Bomb, advising: “You guys have a huge problem in your sport”.

Perhaps sport, at least as it is constructed by the IOC, should come clean and talk about how sport promotes doping.

Completing Le Tour is an almost inhuman feat. It’s three weeks of the toughest bike racing on Earth, including stages that feature some of the toughest mountain climbs in Europe.

Brandy and strychnine were used to help cyclists survive early Tours (in the first few decades of the 1900s) – Tours which were often longer and more strenuous even than the ones today.

And perhaps the Lance Bomb is just a pharmaceutically-refined scientific solution to cyclists being asked to accomplish the inhuman. Perhaps we face a choice between drug-free cycling and Le Tour.

Making coaching contracts contingent upon how well athletes are treated, as well as their performance outcomes, might go a long way to stopping coaches pushing athletes and the support teams to dope. Equally, changing contracts so sponsors are less interested in outcomes might help reduce incentives to dope. The fact such suggestions seem implausible only points to the fundamentals of the problem.

Verbruggen’s resistance to act on the Lance Bomb, according to Dick Pound, was to meet spectator (and presumably sponsor) expectations about a Tour raced at 40kph.

Until we make sport-as-business part of the discussion (in addition to sport-as-social-capital or sport-as-health) the way we manage drugs in sport is unlikely to change.

The uncomfortable conclusion for those who still want to fight the “war on drugs in sport” is to recognise the role of drugs in sport and be open about it.

Would Lance Armstrong have been such a bully if there was no need to hide what his team was doing? Would we have seen more promising young cyclists live instead of having EPO-induced heart attacks?

One way forward would be to use the Athlete Biological Passport to monitor athletes' health – rather than to “catch drug cheats”. The “passport” – which involves monitoring an athlete’s biological variables over time – was introduced by WADA in 2009, and implemented in Australia in July of this year.

The passport creates incentives for athletes to reveal what they are taking and provides officials with a method for detection. Any unknown or banned substances see the athlete disqualified.

This approach engages big pharmaceutical companies and encourages them to put performance-enhancing drugs through Phase I-IV trials to get TGA or FDA approval.

This prioritises health and encourages the development of sets of drugs and tests. And who knows, big pharma might just develop a drug that helps endurance athletes regulate their body temperature that also helps treat premature babies unable to control their own body temperature.

The Lance Armstrong affair is not a failure of anti-doping: it’s a wake-up call that says we need to think much harder about our approach to doping and anti-doping. If we want to keep following prohibition we need to find new ways to make it work as the current system is clearly falling short of the mark.

If we want to do something else, let’s look at the alternatives out there, whether that’s about athlete health and welfare, sport-as-business, or something else.

Dr Jason Mazanov is a Senior Lecturer in the School of Business at UNSW Canberra. He researches the causes and consequences of drug use in sport.