UNSW's Brigitta Olubas will host the first symposium to celebrate the work of Shirley Hazzard, one of Australia’s most significant expat authors. The NY event will feature distinguished writers from Australia, the US and UK. 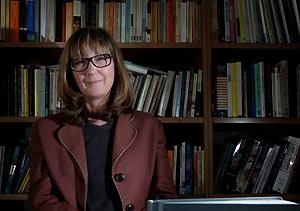 The first symposium to celebrate the work of Shirley Hazzard, one of Australia’s most significant expatriate authors, will be hosted by the University of New South Wales in New York next month.

Recently described by Pulitzer Prize-winning novelist Richard Ford as “the one best writer working in English today”, Hazzard is widely admired for her novels The Evening of the Holiday (1966), The Bay of Noon (1970), The Transit of Venus (1980) and The Great Fire (2003). She has received major literary awards including the 2003 US National Book Award and the 2004 Miles Franklin Award.

The symposium is organised by Dr Brigitta Olubas, School of Arts and the Media academic and author of Shirley Hazzard: Literary Expatriate and Cosmopolitan Humanist (Cambria 2012), the first book-length critical study of Hazzard which argues for the significance of her work in the context of post-World War II writing in English.

Dr Olubas has spent the last five years travelling to New York to interview Hazzard in the Upper East Side apartment she shared with her late husband, biographer and writer Francis Steegmuller. These conversations informed her recent publication and will provide the basis of new research into Hazzard’s literary friendships and associations.

The symposium will feature distinguished scholars from Australia, the US and the UK. Hazzard’s writing will be considered in many different contexts, including its poetics, articulation of place, and its political commentary on the United Nations.

“The scholarly work of the symposium and my critical monograph will help establish Shirley Hazzard’s place in Australia’s international literary canon, and acknowledge her achievement as a writer,” says Dr Olubas.

“As an expatriate author Hazzard has often been overlooked, but there has been a shift in Australian literary studies in the past decade – critics are engaged by the global perspectives of Australian literature and Hazzard is an exemplary figure in this regard.”

The symposium will be held at the Heyman Center for the Humanities at Columbia University on September 8. It is supported by an Australian Research Council Discovery Project grant.

On the eve of the symposium, September 7, a writer’s panel will be co-hosted by the New York Society Library. Australian novelist and critic Gail Jones; UK biographer Martin Stannard and American poet and critic Jay Parini will discuss the literary significance of Hazzard’s life and work. It will be chaired by Hazzard’s friend, editor and poet Jonathan Galassi.

Dr Olubas and UNSW colleagues Dr Elizabeth McMahon and Dr Fiona Morrison will also present a panel on the American contexts of the work of Patrick White for the Australian Consulate General on the evening of September 6. The panel will mark the New York premiere of director Fred Schepisi’s film adaptation of White’s The Eye of the Storm.