Married at First Sight: can a feminist be a fan?

Immersion in the reality TV series is fascinating for someone who loves popular culture and teaches gender studies, says Dr Zora Simic at UNSW Sydney. 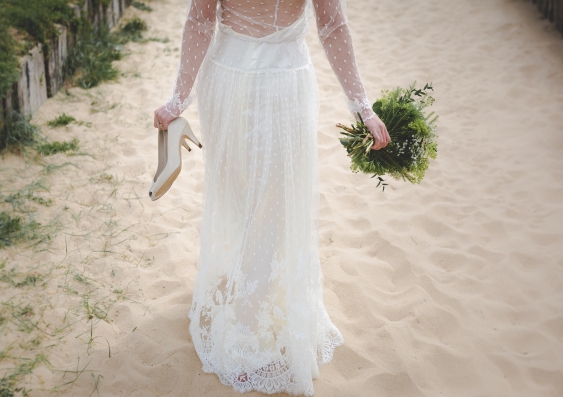 Now in its sixth season, Married at First Sight (MAFS) follows four Australian couples each season in an ‘experiment’ where they meet for the first time at their wedding, then honeymoon, meet their in-laws and set up home. Zora Simic, senior lecturer in UNSW’s School of Humanities & Languages, explains why the reality TV phenomenon is so compelling.

Belinda Henwood: Why are you a fan of MAFS?

Zora Simic: I don't watch any other reality TV, but MAFS pulled me in this year, and I think it's because I felt like being part of a pop culture phenomenon, particularly one which involves serious couch time.

I've dabbled in previous years but knew that to get the full experience, total immersion was the way to go, including reading hilarious recaps, following MAFS pages and commentary on social media and talking MAFS with friends and family who also watch it. MAFS is a bona fide bonding experience.

It's love, hate and sometimes pure boredom. At times, it draws you to the screen like nothing else, but more often than not you can multi-task.

In terms of the content of the show, the formula – which was highly criticised this year for being too obviously manipulated – clearly works, and I think the audience were totally onto it. We knew we were being set up, and that was part of the fun.

There's enough room in the formula for random moments and genuine character, even with the heavy editing – or perhaps because of it.

They nailed the casting this year – the right mix of fame seekers, ordinary-seeming people looking for love and out-sized characters meant to be loved or hated. Plus some people who were neither here nor there, which helped maintain the delusion it's a genuine experiment.

It's a show to yell, gasp and laugh at and with. I doubt any viewer took the so-called relationship ‘experts’ seriously. 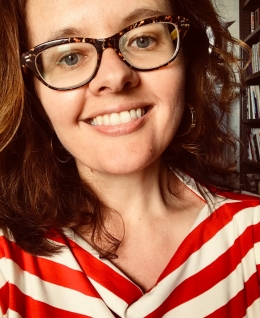 BH: Do you have any insight into who the audience is and what they like about it?

ZS: The MAFS audience is so huge it's impossible to generalise, but I can comment based on the fans who post online in MAFS forums and in response to MAFS recaps, plus people I know who watch it.

Many viewers are funny and smart and use the show as a way to be entertained and entertaining online. Some enjoy its multi-platform nature, the way it unfolds onto Instagram, Facebook, the lower realms of the media (I've never read so much Daily Mail) and the knock-on panel show Talking Married.

Others sincerely engage with the show as a way of talking about heterosexual relationships and gender relations, and sometimes the vocabulary is very sophisticated.

I suspect the silent majority – that is, those of us who watched the show and skimmed related content online – had complicated feelings about it, or at least felt a bit grubby from time to time. But we knew there was an end date – even if Channel Nine was annoyingly coy about it for a while.

BH: What kind of ‘social experiment’ do you think it is?

ZS: The facade of the 'social experiment', including the so-called expertise of the matchmakers, is integral to the appeal of the show. This year they dialled down some of the genuinely 'experimental' parts of MAFS – like meeting family members and friends of the husbands and wives, and living in each other’s houses – which was a pity.

They also cast their most conventionally attractive group, which increased cynicism about any claims to a proper ‘social experiment’. But it didn't matter – the manipulative nature of the show became part of the viewing fun.

It's not like MAFS has pioneered reality TV; it builds on years of this kind of product and the creators and the viewers are all in on it. Where MAFS takes it to another level is all the content we get outside of the show itself – that's the real experiment here.

BH: Can you be a feminist and a fan?

ZS: I can't imagine writing about it or researching further because it's too obvious a target. But the whole MAFS phenomenon is fascinating to observe and participate in as someone who teaches gender studies and loves popular culture.

I've enjoyed the conversations I've had about it, and I've also enjoyed reading the 'serious' commentary which has ranged from insightful to rather tortured.

Most of all I've enjoyed winding down by tuning in, followed up by a recap before bed.