As Tony Abbott arrives in the US for his first face-to-face meeting with Barack Obama, his failure to learn from the past on climate change could cause yet another diplomatic bungle, warns Christian Downie. 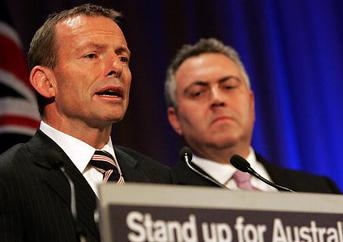 OPINION: Tony Abbott will arrive in the US this week for his first face-to-face meeting with US president Barack Obama in Washington since becoming prime minister. It comes at an important time: Australia is to host the G20 summit at the end of the year.

But given his government’s rocky start to international relations, Abbott’s handling of sensitive diplomatic issues such as climate change could result in the same type of missteps that caused a stir with Indonesia and China.

Few doubt that Abbott knows how to play domestic politics – although some may be reconsidering this assessment after the budget – but questions remain about his performances on the international stage.

Last October, Abbott succeeded in offending more than just China in one of his first foreign forays. On a trip to Japan, he declared: Japan is Australia’s best friend in Asia.

This comment not only upset China and South Korea, but it was unnecessary. In international relations, at times it is necessary to stand up to friends to defend your country’s values and interests. Here, there was no reason to take sides and start “ranking” Australia’s Asian friends.

A month later, Abbott exacerbated tensions with Indonesia by failing to offer any explanation following revelations that Australian surveillance targeted the Indonesian president, Susilo Bambang Yudhoyono, his wife and his inner circle.

Whether an apology was in order is one thing, and intelligence issues always require careful language, but no prompt explanation? No attempt to reach out and reassure Yudhoyono about Australia’s relationship with Indonesia in the immediate aftermath was quite another.

So, after a fractious start with China and Indonesia – two of our most critical relationships – the risk is that the US could be next.

Following Obama’s historic announcement last week to cut pollution from power plants, it seems almost certain that climate change will be on the agenda when he meets Abbott. The US is likely to continue to push for its inclusion on the G20 agenda as well.

This is clearly not one of Abbott’s priorities if his domestic agenda is anything to go by. But this is not Australian politics. He can’t simply blame Labor, claim a mandate to remove the carbon price, and move on.

Instead, Abbott must handle the issue differently. He would do well to learn the lessons of the previous US president, George W. Bush, on climate change.

In 2001, Bush walked away from the Kyoto Protocol, the global agreement to reduce greenhouse gas emissions. The announcement sent shockwaves around the world including in Australia. However, perhaps the biggest shock was to the Bush administration itself, which had not anticipated the scale of the reaction.

The problem was not just the announcement but the handling of it. There were no phone calls to European governments to warn them ahead of the announcement, or to Asian leaders – or any others for that matter – who had invested significant political capital in the agreement. Instead, Bush announced his opposition to the Kyoto Protocol in a private letter to four US senators.

As former diplomatic advisors to Bush will tell you, it was a major diplomatic bungle and one they regret. They failed to realise the seriousness with which the rest of the world saw the issue and underestimated the blowback.

The Bush administration’s climate diplomacy never recovered. Bush was still trying to make up ground six years later when he established the Major Economies Process on Energy Security and Climate Change as a supplement to the UN negotiations. Bush’s handling of the announcement in his first months in office unnecessarily sullied his administration’s international reputation on climate change.

The Abbott government is at risk of doing the same if it fails to acknowledge the seriousness with which other global leaders treat the issue. This will surely be apparent when Abbott meets a US president who is determined to make climate change a legacy issue of his administration.

If Abbott doesn’t learn from the past, Australia may well have another diplomatic bungle on its hands – one that is completely unnecessary and could take many years to recover from.

Why we should go it alone on climate change