The new publication offers unique insights into alternative ways that human rights can be protected. 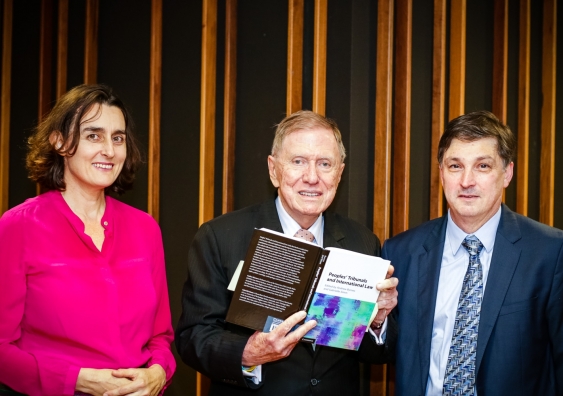 The role of peoples’ tribunals in offering a valuable means of social activism for individuals whose rights have been violated, and who have failed to achieve redress through other institutions, has been highlighted in a new collection of essays.

Peoples’ Tribunals and International Law, edited by Professor Andrew Byrnes of UNSW Sydney and Dr Gabrielle Simm of the University of Technology Sydney, is the first book to analyse how civil society tribunals implement and develop international law.

At the book’s launch on Tuesday, 15 May, hosted by the Australian Human Rights Institute, retired High Court Justice Michael Kirby gave the keynote speech, reflecting on his experience with the Commission of Inquiry on Human Rights in the Democratic People's Republic of Korea.

The volume of essays includes contributions covering tribunals in Europe, Latin America and Asia, and provides cross-disciplinary academic and activist perspectives and unique insights into the phenomenon of peoples' tribunals. 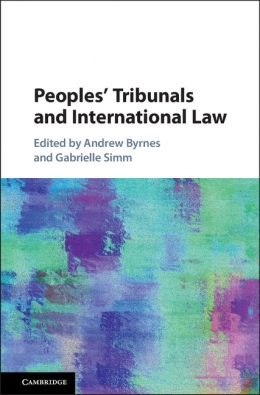 Professor Byrnes says the book underlines the fact that there are many systematic violations which go un-remedied in the formal state and international institutions.

“People find this a valuable way of having their suffering recognised and acknowledged, and in many cases, it forms part of a broader social movement to achieve justice,” he says.

“We’re talking about authority and who gets to speak on whose behalf, and why do some people get to speak and not others?” Dr Simm says.

The collection includes chapters ranging from the Permanent Peoples' Tribunal, successor to the Russell Tribunal established to question the legality of the Vietnam War, to recent tribunals addressing atrocities in Indonesia, West Papua, and violations against migrants in Europe.

As the book was launched, the Permanent People’s Tribunal – which has held more than 40 tribunals since its founding in the late 1970s – was hearing testimony from Australia and around the world on whether the effects of hydraulic fracturing (“fracking”) have violated human rights.