Opinion New York is Jakarta: why Tony Abbott should attend Leaders’ Week at the UN 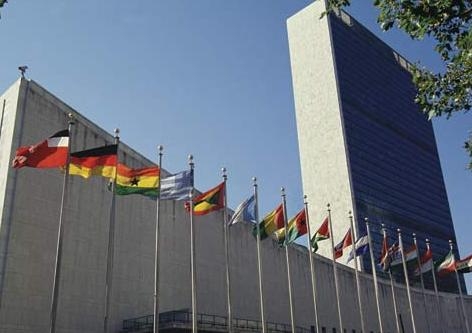 OPINION: Foreign minister Julie Bishop’s austerity announcements over the weekend make it clear that she will attend Leaders' Week at the United Nations later this month. But it is still not clear whether Australia’s new prime minister Tony Abbott will attend this important gathering of world leaders. We think he should.

The UN remains the most important forum of global governance, indispensable for collective efforts to solve the world’s most troubling problems. But visiting New York this September will also enable Abbott to achieve two of his most important short-term foreign policy goals: consolidating relations with our nearest neighbours and saving money for the Australian taxpayer.

Every September, world leaders gather in New York for the opening of the UN General Assembly. This provides leaders of the UN’s 193 member states an opportunity to share their views of the biggest challenges facing the world community. It also provides an invaluable chance for these leaders to meet their counterparts to discuss issues of pressing national interest.

In the past, Australian prime ministers have taken full advantage of this opportunity. Kevin Rudd is reported to have held around 50 one-on-one meetings with other heads of state and foreign ministers.

During the final days of the election campaign, Abbott was asked if he would attend this important event. While he didn’t rule out the possibility, he used the opportunity to emphasise his “Jakarta not Geneva” approach to foreign policy by assuring journalists that his first international visit would be to Indonesia.

There are many reasons why Abbott should go to New York. The first is that he is now Australia’s leader and there is a reason that this occasion is called “Leaders’ Week” rather “Foreign Ministers’ Week”. This is Abbott’s opportunity to announce his arrival on the global stage as Australia’s leader and to begin forging those essential personal relationships with his peers.

Australia is also currently President of the UN Security Council, and it will hold a high-level meeting on small arms on September 26. As the meeting will take place during leaders’ week, all 15 Security Council members have been invited at the head of state level.

As the Security Council’s president, Abbott could therefore get to bang the gavel to call to attention a gathering of peers that might include presidents Obama, Putin, Hollande and Jinping, and conservative UK prime minister David Cameron. There is also a possibility that the presence of such leaders in New York might galvanise the Security Council into action on Syria, which would make the absence of an Australian prime minister all the more conspicuous.

Finally, Abbott does not have to “choose” between regional and global commitments. All of our region’s most important leaders will be in New York. He could therefore advance Australia’s national interests in meetings with his most valued regional peers on issues of bilateral and multilateral concern. Of course, if he were to meet these leaders in person in New York then it would eradicate the need to undertake costly trips at taxpayers’ expense to dozens of other capitals.

Visiting New York for Leaders’ Week is not a frivolous extravagance: it is core business for Australia’s new prime minister. That Tony Abbott can save money conducting foreign policy at the United Nations should be the icing on the cake.

Dr Jeni Whalan is a lecturer in International Security and Development at UNSW. Jeremy Farrall is an ARC Linkage Fellow at the Asia-Pacific College of Diplomacy and the ANU Centre for International Governance and Justice.