Opinion Nick Davies, a journalist who investigated his own

The Guardian's Nick Davies did what few reporters do. He investigated journalists themselves, writes David McKnight. 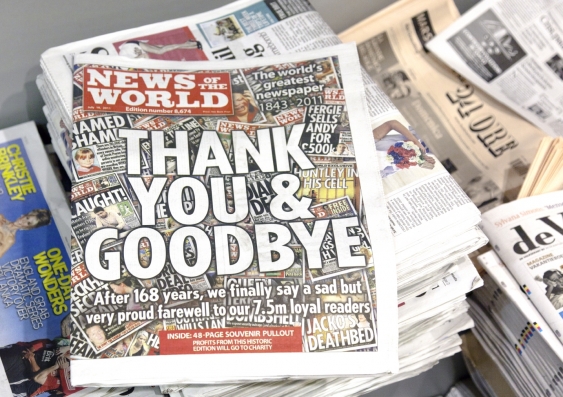 OPINION: When journalists justify what they do, they invariably say: “We hold governments to account. We act in the public interest.” It justifies the most noble investigative journalism. It is a sacred catechism taught in journalism schools.

But the same public interest arguments are also trotted out by the types of journalists who hacked mobile phones to produce sex scandals for Rupert Murdoch’s now-defunct News of the World.

All of this makes The Guardian’s Nick Davies a very unusual journalist. Davies did what few other journalists do. He undertook investigative journalism on journalists themselves. For this, says Davies, the former News of the World editor Andy Coulson, jailed for hacking, called him a “traitor”.

Davies is in the middle of a marathon book tour of Australia and New Zealand and he speaks at the Sydney Writers Festival this week. His book, Hack Attack: how the truth caught up with Rupert Murdoch, is a first-person account of doing investigative journalism on the industry in which he works.

This is notoriously difficult because investigating other journalists is like playing chess with grandmasters. They know all the moves that you can make, they know why you make them and, if forced to answer any questions, they can do so in the most unhelpful way.

Hack Attack is peopled by vivid characters, corrupt journalists, shadowy private investigators, evasive police and the steely lawyers of the victims of phone hacking. Davies’ portrait of the newsroom at News of the World is fascinating and chilling. His depiction of the divisions and anger within Murdoch’s own family is revealing.

Hack Attack is an indictment of journalism yet it is also a vindication of journalism in the public interest. Such journalism relies on good sources and some of Davies’ best sources were journalists who had worked on News of the World and could explain how to undermine the rampart of lies erected around Murdoch’s newspaper.

Apart from tracking down inside sources, Davies also refused to follow the normal rules of journalism. One such rule is that journalists must obsessively follow the news, tuning in each day and each hour to hear the latest developments.

He warns journalists to avoid getting sucked into the daily news agenda. This habit simply produces the kind of consensus about “facts” that led to the invasion of Iraq. Standing aside from the eternal news churn is vital for independent thinking and independent journalism. “Think for yourself,” he advises.

Yet in Sydney this week Davies refused to exaggerate the impact of the revelations in his own stories. The recent UK general election showed that the basis of Murdoch’s political power has still not changed, he said.

He still has four national newspapers and Sky News… these newspapers behave in an aggressive way, using falsehood and distortion as necessary.

In particular The Sun campaigned against a Labour victory as it has done so many times before.

So what drives Murdoch? Davies thinks Murdoch is an ideological man whose politics flows from his business interests. Murdoch wants less regulation, lower taxes and smaller government because this will benefit his business.

That broad framework of deregulated capitalism is reflected in all of his newspapers.

Davies also speculates that something else is present: a psycho-pathology. Rupert Murdoch is a driven man who is still trying to win the approval of his dead father, Sir Keith Murdoch, who was “a bullying patriarch”.

Rupert Murdoch feels he is not good enough to be his father’s son but is continually driven to prove he is. His next objective may be to buy the giant Time-Warner in order to become the biggest media corporation in the world.

He’s 84 now and he just can’t stop. Many would argue that he has actually ruined his own life as well as the lives of so many other people.

Whatever drives Murdoch, Nick Davies' relentless pursuit of the hacking scandal will soon be immortalised in film. George Clooney has bought the film rights and a script is being written with a view to begin shooting next January. Clooney, who directed another film on journalism, Good Night and Good Luck (2005), is keen to begin.