A public talk featuring a young North Korean defector turned human rights activist will be one of the highlights of UNSW-affiliated events at this year’s Sydney Writers' Festival. 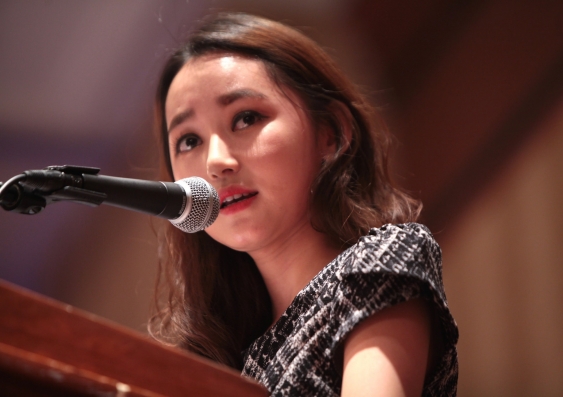 Yeonmi Park, who escaped from North Korea with her mother in 2007, will share her extraordinary story of survival and escape in a free public talk at UNSW on 19 May.

After her father was sent to a labour camp, Park and her mother fled North Korea by crossing mountains and a frozen river to enter China, where they fell into the hands of human traffickers. They eventually escaped to Mongolia before settling in South Korea.

Park, 22, came to prominence after her address to the One Young World Summit in Dublin in 2014. She now travels the world to inspire a new generation of young world changers, promoting human rights and advocating for victims of human trafficking.

The campus event is free but bookings are essential.

UNSW Arts & Social Sciences is marking its seventh year as a proud major partner of the Sydney Writers’ Festival, which runs from 16-22 May, and is supporting or featuring at 13 Festival events.

In what should be a lively conversation with Margot Saville, UNSW Chancellor David Gonski will discuss his life and family and share ideas on the diverse range of subjects covered in his recent book “I Gave a Gonski”, an edited collection of his speeches dating back to 2010.

Mr Gonski is best known for his review of education but he is also passionate about philanthropy, why more women should be on boards and what makes a good company director.

Dr Stephanie Bishop, a Creative Writing lecturer in the School of the Arts & Media, will explore the themes of loneliness, lust and stifled lives in a discussion of her latest novel, “The Other Side of the World”, which was longlisted for the 2016 Stella Prize and shortlisted for the 2014 Australian/Vogel’s Literary Award, the Victorian Premier’s Literary Awards and the Indie Book Awards Best Fiction for 2015.

Exploring parenthood, love and marriage and the longing for home, “The Other Side of the World” tells the story of Charlotte, who moves from Cambridge to Perth with her husband and two young children. 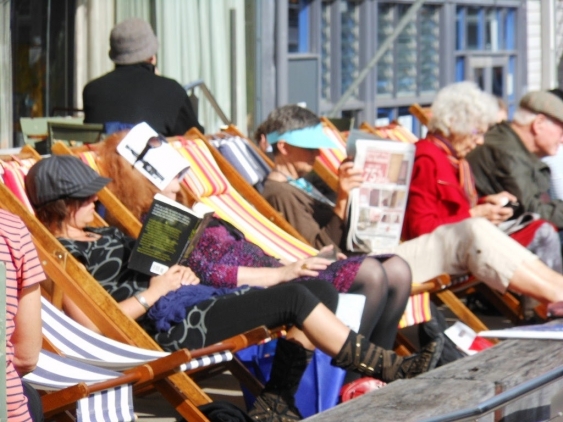 Reading and snoozing between sessions at the Sydney Writers' Festival

The Faculty is also supporting the thought-provoking 'Thinking Globally' series, which will take a fresh look at some of the world’s most pressing issues, from the reach of government surveillance to the shaky future of Europe.

Professor Eileen Baldry, Interim Dean, said: “Our partnership with the Sydney Writers’ Festival reflects UNSW Arts & Social Sciences' commitment to creativity and critical thinking, and we are delighted to continue this relationship in 2016.

“The Festival will also showcase the quality and breadth of our scholars across a range of disciplines including international relations, criminology, media and communications as well as literature.”

Professor Baldry will host a conversation with Lesley Williams and her daughter Tammy about their book “Not Just Black and White” and Lesley’s historic legal battle to reclaim wages stolen from her when she worked as a young domestic servant.