Only 10% of the 800 Pine Gap staff are Australian government employees, sparking fears that 'corporatisation' is eroding Australia's knowledge of what goes on at the key intelligence facility, writes Philip Dorling. 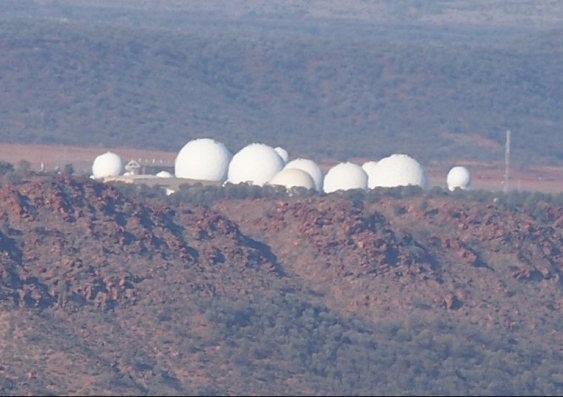 OPINION: Only one in 10 workers at the top secret Pine Gap spy base is employed by the Australian government, and security experts fear that "corporatisation" is eroding Australia's knowledge of what goes on at the key intelligence facility.

A new study published by independent think tank the Nautilus Institute for Security and Sustainability has for the first time revealed the full extent of private enterprise at the Joint Defence Facility near Alice Springs, which, managed by the US National Reconnaissance Office (NRO), is one of the largest electronic espionage facilities in the world. In theory, Pine Gap is a joint Australian and United States facility.

The report, by Australian National University professor Des Ball, Melbourne University professor and Nautilus Institute researcher Richard Tanter, and Canadian intelligence expert Bill Robinson, highlights growth in the number of private companies and civilian contract personnel at Pine Gap as the facility's capabilities have expanded over the past two decades.

Contractors at Pine Gap include major US aerospace and defence companies such as Raytheon, Northrop Grumman and General Dynamics, as well as leading computer companies such as IBM and Hewlett-Packard.  Also present are an increasing number of "pure play" information technology and other service providers including Scitor Corporation, E&M Technologies, SAIC (Science Applications International Corporation) and its subsidiary Leidos, and AECOM Technology Corporation.

"While the base is nominally a 'joint' United States-Australian facility, virtually all of the major companies involved are US corporations or their Australian branches," the Nautilus institute report states.  "Corporations are not necessarily the best or most objective interpreters of US-Australian security and intelligence priorities or Australia's national interests." 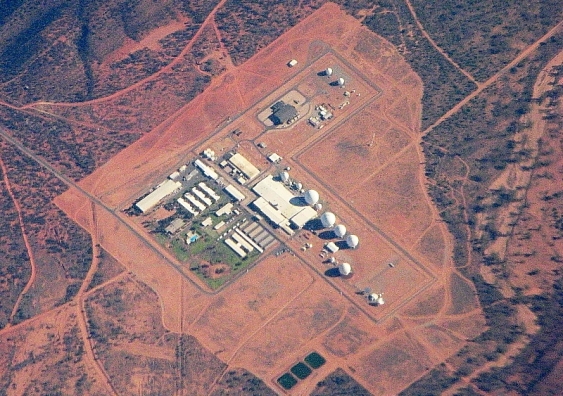 Pine Gap's primary function is to serve as a ground station for NRO signals intelligence satellites that intercept ballistic missile test telemetry and microwave telecommunications.  In addition, Pine Gap relays data from US missile launch detection/early warning satellites.  The facility also intercepts a wide range of radio and mobile telephone communications to provide tactical intelligence support for US military operations across the eastern hemisphere, including drone strikes in Afghanistan, Iraq, Yemen and elsewhere.

Last month an report by Professors Ball and Tanter, Mr Robinson and British investigative journalist Duncan Campbell showed that the facility has taken on a wider electronic surveillance role, making it a "multi-purpose mega-intelligence centre," as the US and Australia increase interception of global satellite communications.

Professor Tanter observed that the "joint facility" was to all intents and purposes a United States base.

"Whatever the sign on the gate may say, if a joint facility is built by the US, paid for by the US, and can only function as part of an American technological system, then in real world terms, it is an American facility to which Australia has greater or lesser degrees of access," Professor Tanter said.

"When only one in 10 staff work for the Australian government, and almost three-quarters work for corporations primarily accountable to their bottom line, Australian accountability for what happens at Pine Gap becomes implausible."

The Nautilus report highlights surprising disclosures about Pine Gap from the private contractors and their employees: "Companies involved at Pine Gap have poor operational security standards.  Many of their job advertisements have evidently escaped scrutiny by the official agencies. Their employees, being civilian workers on relatively short-term contracts, rather than intelligence officials, have no alternative but to seek further work by describing their jobs on social media and highlight their skills on LinkedIn."

Successive Defence Ministers have assured Parliament that Pine Gap operates with the "full knowledge and concurrence" of the Australian government.  However in 2013 then Defence Minister Stephen Smith acknowledged that concurrence "does not mean that Australia approves every activity or tasking undertaken".

Philip Dorling is a Visiting Fellow at UNSW Canberra.