The Oscars are supposed to be definitive, the grown-up verdict bestowed by the biggest film industry on Earth. But do they deliver, asks Julien Murphet. 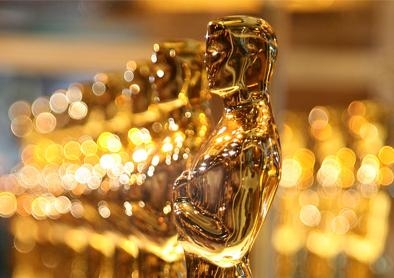 OPINION: Once again the Academy has spoken.

The roughly 6,000 members of that exclusive industrial club have had their annual votes counted. More members thought 12 Years a Slave a better film than Gravity, and that Jared Leto performed more excellently than Bradley Cooper.

The Aussie accent was often heard. Chris Hemsworth mumbled his way Thorishly through an award presentation, and three awards came our way (Cate Blanchett for Best Actress in Blue Jasmine, and two to Catherine Martin for Costume Design and Production Design). Cate Blanchett gave the assembled talents of the Sydney Theatre Company a culminating shout-out on the world’s biggest stage. And Baz Luhrmann’s costume and design team on Gatsby swept those categories. Hollywood is everywhere, big budgets travel, and our talent is caught up intimately in those imperial ebbs and flows.

Coming at the tail end of the awards season, the Oscars are supposed to be definitive, the grown-up verdict bestowed by the biggest film industry on Earth. But do they deliver?

The golden age of Hollywood?

Ask yourself when the US film industry was truly the world standard. You could argue that the 1970s belonged to Hollywood, because the collapse of Big Studio power and the rise of the independents made it the most exciting national industry on the planet.

Prior to that, only the decade 1910-20 is comparable, and since then, well, seriously.

In 2013 the US film industry gave us: Iron Man 3, Despicable Me 2, sequels to Monsters Inc, The Hunger Games and Thor, and the urgent Fast and Furious 6. Each of these masterpieces featured in the box office top ten for the year. None will be remembered in another year’s time.

What Hollywood has the most of is money. The Oscars ceremony is the annual spectacle of an industry throwing money at itself in the hope that we don’t remember the dross they regularly serve us. The Best Picture nominees are the precious peaks of a truly gargantuan iceberg of garbage; but it is the garbage that pays the bills.

Cinema in the rest of the world

Cinema as an art form has long thrived elsewhere.

The Foreign Language Film category is an open insult, given how vastly world cinema today exceeds American product in quality, intelligence and integrity. China’s A Touch of Sin and the Filipino feature Norte, the End of History (neither of them nominated by the hallowed Academy) are both more serious works of art than Gravity or 12 Years a Slave. Most likely you haven’t even heard of them.

The best motion picture released last year was miraculously nominated, but inevitably lost its restrictive category of Best Documentary Feature to a more acceptable picture. But then, Oppenheimer’s The Act of Killing doesn’t belong in the same universe as Captain Philips and Philomena: it belongs with the immortal masterpieces of Sergei Eisenstein, Dziga Vertov and Jean Rouche.

None of this is to say that good films aren’t being made in the USA. They are, it is just that the Academy doesn’t see them. One of the most remarkable American films in many years had a 2013 release date. Written, directed, produced, scored and acted in by Shane Carruth, the sublime and disturbing Upstream Color made demands of the viewer that nothing on the Academy shortlist can emulate. It earned no nominations.

But we all know this. Knocking the Oscars is a venerable genre of its own. The Academy votes for what it knows, and what it knows is the Academy.

Long ago in another cultural universe, the Royal Academies of the great imperial powers held the same kind of narcissistic conviction in their unshakeable aesthetic orthodoxies. To this day, we cry out in thanks for the salons and societies of independents that broke their monopoly on the business of taste.

The wonder is that we watch their spectacle at all, in the kind of numbers that can crash Twitter because Ellen told us to. But then, we do so for other reasons, more out of camp than conviction.

This year Ellen DeGeneres’ excruciating attempts to make the whole affair seem more like an evening in with your best friends (group selfies, twitter games, pizzas, cash collections) only raised the level of obnoxiousness; for what is worse than watching the in-crowd being all insider-y from the outside?

As spectacle, the ceremony tanked completely. It wasn’t even embarrassingly bad, it was just awful. What magic there might have been in the fabled once-upon-a-time seems to have been sold off to pay for the nominee gift bags ($8,000 worth of products for each of them).

That said, it was, all told, a good night for people of colour. Juanita Moore was remembered in the especially sad obituary segment (you had the sense that it really was a bad year, as if something irreversible had happened to the industry).

The great Sidney Poitier was wheeled on as an eminence grise to deliver the Best Director award, which didn’t go to Steve McQueen after all, but to that wonderful silver fox Mexican Alfonso Cuáron (who spoke Spanish, shock!). John Ridley weirdly didn’t thank McQueen in his acceptance speech for Best Adapted Screenplay; but then Will Smith got to present the Best Picture gong to Steve McQueen after all, who dedicated his award to slaves.

Best of all, Lupita Nyong’o took away the statuette for Best Supporting Actress, which she rightly dedicated to the memory of Patsey, the illiterate and brutalised plantation slave she depicted. This was by some margin the highlight of the night, and the only award that actually seemed to mean anything.

Finally, it is worth reflecting: what did the Academy, in its acephalous and distributed wisdom, think that it did best this year? Two things come to mind.

Hollywood thought that it might once and for all have dispelled the legacy of slavery from its bad conscience. And it congratulated itself on pushing through to new levels of technical brilliance in Gravity’s apparent conquest over the Newtonian force it was named after.

The first is a delusional wish-fulfilment, bound tohaunt it for all eternity. The second, while true, speaks less to the art of cinema than to the art of illusion. Our collective mistake is to confound these arts. Cinema is a form of truth.