Opinion The price of love

No two ways about it, neoliberalism has colonised our hearts. It's entered our social world and planted its flag in our most intimate terrain, writes Alecia Simmonds. 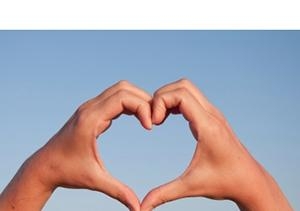 OPINION: Last week while reading an article on ‘negotiated fidelity’ I encountered a series of unlovely words. The author called polyamoury ‘sexual risk management against cheating’ and advised us to ‘protect your marriage like any other investment, like taking out insurance when you get a new car or having savings in the bank in case one of the kids gets sick." My problem is not with polyamoury. If people want to have marriages of Mormonic proportions, I have nothing but respect. Imagine not spiralling into early-morning, air-gulping, sheet-twisting neurosis when your partner casually mentions that they’re seeing someone else! Personally, I ‘d rather chew broken glass.  What alarmed me was the author’s casual transformation of love into a trading scheme: partners are joint-entrepreneurs with assets to be invested and managed in a world of risk.

Of course I shouldn’t have been so perturbed. I’ve sighed at the end of relationships about the ‘wasted love given all that I’d invested.’  A close friend has a habit of commenting on other people’s ‘sexual capital’ (meaning sexy body parts) and I’ve seen friends on dating websites order partners like online products and then break up as easily as you’d close a web page.  Forget about giving, compromise and surrender. Love now presides over a supermarket of desire where self-interested consumers perform cost/benefit analyses as they pluck and discard items from the shelves.

There’s no two ways about it, neoliberalism has colonised our hearts.  Like the predatory nature of capitalism itself it has prowled beyond its traditional sphere (the economy) in search of new markets, new areas of life to devour. Not content with the triumph of deregulation, privatisation and paring back the welfare state, neoliberalism has entered our social world and planted its flag in our most intimate terrain.

We have gone from being lovers to being consumers, commodities and entrepreneurs all at once.

But before we begin bewailing the unhappy marriage of capitalism and romance perhaps we should stop to question whether it’s actually a bad thing. After all, our traditional languages of love aren’t exactly a model of liberation. There’s the military metaphors: you could be struck by cupid’s arrow, enter an amorous battlefield, submit to love’s exquisitetorture and engage in erotic conquest. Then there’s love’s Biblical origins, from which we get the idea of passion as a blissful surrender to a higher will (God). There’s the Enlightenment idea of love as an irrational force that needs to be quarantined from the rational civic sphere (to which Beyonce’s ‘Crazy Like Love’ is indebted). And there’s the idea that love and affection are to be kept separate from commerce, from which we get expressions like ‘it’s a labour of love’ or songs like ‘Can’t Buy Me Love’.

All up I don’t think that this romantic tradition does many of us much good. It constructs love as an irrational force that commands submission, which can justify you sticking around in an abusive situation. It suggests that unethical treatment is intrinsic to love (all’s fair in love and war).  And for women the separation between commerce and love has legitimised the idea that care work or domestic labour shouldn’t be paid.

If neoliberalism has meant that women as well as men can now be rational consumers who choose as much as they are chosen then is this really such a bad thing? Traditionally, women were objects of conquest, now we're entrepreneurs who can rationalise precisely how much to invest before pulling out when we see a crash. What’s not to like?

Let’s go back to those four sassy femmes in pre-GFC New York to explore this issue. After all, Sex and The City was a show built entirely upon a neoliberal fantasy of women’s sexual liberation. Carrie’s advice for men mimics her advice for shoe-shopping: ‘try’ as many as possible ‘to see if they fit for size.’ Academic Eva Y.I. Chen, describes SATC as a world of conspicuous consumption and sexual abundance where empowered, confident women pursue lives of self-gratification, unperturbed by marriage. It’s a vision that works nicely in tandem with free trade and global capitalism.

The problem is that when you look a little bit closer, there’s actually very little to differentiate these women from traditional romantic heroines.  In spite of their cleverness, they rarely discuss anything outside of romance, nor do their desires extend beyond finding a husband to settle down. Chen says that they all end up basing their self-worth on ‘the same eroticised and fashionably adorned female bodily charm that capitalism and patriarchy have always prescribed’.

Sex and the City presents people like businesses: you need to work hard to improve your competitiveness in a sexual marketplace. What does this mean? It means that you need to uphold an impossible standard of beauty or social status. Not everyone can afford it or is even capable of it, which is why you don’t see any black, poor or old women and why it’s set in New York not Dhaka.

The real misery of imposing neoliberalism on matters of the heart lies in the fact that it introduces greed and self-interest into something that should be about sharing and compromise. It forces women and men into a ceaseless regime of self-surveillance in order to maintain market competitiveness and then blames them, rather than ridiculous standards of beauty and inequalities of wealth, if they lose. It encourages fleeting superficial affairs over meaningful relationships. And it takes words like choice and freedom, that have traditionally had broad, universal social meanings and confines them to the individual and the market. No wonder the girls in Sex and The City, beneath the Manolo Blahniks, facial peels and fashion, seemed so anxious, self-obsessed and fragile.

If we accept that words go some way towards shaping our reality then perhaps it’s time we clothed our intimate lives a new vocabulary; one made from a more gentle fabric than war, commerce or god.

SEXtember turns up the heat at UNSW this spring